🔴 Sanjib Baruah writes: A year later, the ideas and values that underpinned the attack on their nation’s democracy continue to have purchase among many white Americans. Going by dictionary and legal definitions, it would be apt to call the siege and the events leading to it an insurrection. (C R Sasikumar)

January 6 will mark a year since the deadly siege of the US Capitol by a partially-armed and whimsically-dressed mob made of supporters of then President Donald Trump. The attack on the Capitol — a complex that is widely seen as a symbol of American democracy — was unprecedented. The only other forcible breach had occurred more than 200 years earlier when British troops set fire to it in August 1814. That the January 6 assault was perpetrated by flag-waving patriots instigated by a sitting president making false claims of a stolen election — and refusing to acknowledge his electoral defeat — only underscores the political danger it portends. Accepting electoral defeat is, after all, fundamental to the functioning of any democracy.

Yet what happened that day has become a matter of political and ideological contestation. Going by dictionary and legal definitions, it would be apt to call the siege and the events leading to it an insurrection. Indeed, the Joint Chiefs of Staff of the US Army found it wise to send a message to American troops that the “actions inside the Capitol building . . . were inconsistent with the rule of law” and that “the rights of freedom of speech and assembly do not give anyone the right to resort to violence, sedition and insurrection”. In order not to leave any room for doubt among the armed forces, the statement added that Joe Biden will take office on the constitutionally mandated Inauguration Day and “will become our 46th Commander in Chief”.

But despite the serious nature of what occurred, attempts by the US Congress to create a bipartisan commission to investigate it — on the lines of the 9/11 Commission — failed because of objections from the Republican Party that has embraced Trump’s unsubstantiated claims of a fraudulent election, partly because it wants to hold on to his loyal political base. The House of Representatives has formed a select committee to investigate the assault, but it does not have the support of most Republican members.

Many Republican leaders have refused to condemn the siege; they accuse the Democrats of wildly exaggerating its gravity and of overreacting. Some lawmakers call the 727 people arrested and charged with crimes stemming from the attack, political prisoners. The most ideologically committed of the detainees describe themselves as the Patriot Wing, and they have developed a fan base outside prison.

Patriot Purge, a three-part faux documentary by Tucker Carlson, a top-rated host of the Fox News Channel, and broadcast on its subscription streaming service, offers a revisionist account of the events. According to the fact-checking website PolitiFact, it whitewashes the facts of the insurrection and contrives “a dystopian, alternative explanation” by invoking conspiracy theories to suggest that left-wing instigators and agent provocateurs were behind it and that the insurrectionists may have fallen into a trap set by domestic intelligence agencies intent on purging American society of its best patriots.
What explains this bizarre turn of events? A demographic database of about 600 of those arrested offers an entry point to addressing the question. The data was gathered by a team of researchers at the University of Chicago led by political scientist Robert A. Pape.

The insurrectionists are overwhelmingly white, but they do not fall into the demographics of people stereotypically associated with far-right extremist violence. Only a small minority are members of right-wing militias. Very few of them are marginalised young, unemployed men. Many are well-to-do middle-aged people in occupations including business owners, doctors, lawyers, information technology professionals and accountants. There is a significant number of women. The insurrectionists are not all from rural areas where Trump has a loyal base. Many are from big cities that voted for Biden.

They have a common denominator that is significant: They are mostly from counties — counties in the US are comparable to Indian districts — that have seen the white population shrink fast and the non-white population grow rapidly. This remains true even after controlling for travelling distance to Washington D.C., population size, unemployment rate, and the rural or urban nature of the county.

This finding is important because it points to a racialised fear, often expressed in fringe right-wing circles, that non-white immigrants and racial minorities could overwhelm and dominate the United States through immigration, high birth rates, and the control of political power. In Europe, controversial French writer Renaud Camus captures this idea in the concept of the “Great Replacement”. Native white Europeans, he says in his book of the same name, are being reverse colonised by black and brown immigrants.

The “Great Replacement” phrase now appears in white nationalist manifestos in Europe, North America and Australasia. The New Zealand bomber who murdered 51 people at two mosques in March 2019, and the American gunman who killed 21 people in El Paso, Texas in August 2019 made explicit references to it. Major right-wing public figures subscribe to the idea. For instance, Carlson, the maker of Patriot Purge, accuses Democrats of trying to “flood the nation with loyal foreigners in order to retain political power, and in the process destroy America”. He made this argument while criticising President Biden for not doing enough to stop Haitian refugees from entering the United States. “In political terms”, said Carlson, “this policy is called the ‘great replacement,’ the replacement of legacy Americans with more obedient people from faraway countries”.

In this ideological climate, it is hardly surprising that some white Americans would view the attempt to overturn the constitutional process of electing the president as an act of high patriotism. The Republican Party’s ambivalence towards the insurrection is largely because of its mainstream provenance and because the ideas and values underpinning it have purchase among many white Americans.

Pape describes the insurrectionists as mostly middle-class and upper-middle-class whites anxious about status decline at a time of escalating social change. “When you’re accustomed to privilege,” as the saying goes, “equality feels like oppression.”

This column first appeared in the print edition on January 5, 2021 under the title ‘Spectres of Great Replacement’. The writer is professor of Political Studies at Bard College, New York

India’s diversity must never be used against it 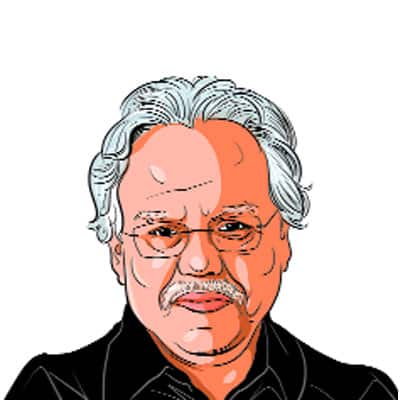