Tejal Kanitkar writes: The country’s efforts in the energy sector are evidence that it is punching far above its weight where climate action is concerned. From 1850 till 2019, the world has emitted approximately 2,500 billion tonnes of carbon dioxide. Developed countries, home to 18 per cent of the global population, are responsible for over 60 per cent of these emissions. (Representational Photo)

Developed countries have an extremely poor track record on climate action. In keeping with this trend, the recently declared enhanced pledges for climate action, including declarations of net-zero emissions by 2050, also fall woefully short of what is required to ensure the safety of the planet. The pressure on developing countries to “do more” and declare similar net-zero pledges is, therefore, nothing but shifting the burden of climate action onto the backs of the world’s poorest populations.

There is a strong link between energy use and development. No country has managed to ensure reasonable levels of wellbeing for its people without increasing energy supply. This would not be a problem if we could produce energy in abundance without carbon-dioxide emissions. Unfortunately, energy sources that are available in concentrated forms, which can then be directed for specific purposes such as industrial production or transportation, often have other effects, most notably the emission of carbon dioxide, the greenhouse gas most responsible for global warming.

From 1850 till 2019, the world has emitted approximately 2,500 billion tonnes of carbon dioxide. Developed countries, home to 18 per cent of the global population, are responsible for over 60 per cent of these emissions. Their unconstrained use of fossil fuel resources has allowed these countries to modernise their economies and achieve much higher levels of well-being than the remaining 82 percent of the population that resides in the Global South.

It is this advantage of developed countries that is recognised in the United Nations Framework Convention on Climate Change, which articulates the principle of differentiation between rich and poor nations and the need for the former to take lead in addressing the problem of global warming. However, almost three decades since the UNFCCC, the story of climate action has been one of utter inaction by the world’s richest countries, who have repeatedly shifted targets for emissions reductions and also for climate finance to the future.

The recent focus on net-zero declarations and the pressure on all countries to submit pledges for the same, is yet another attempt in the same direction. Net-zero emissions refer to the balancing of anthropogenic carbon dioxide emissions, either globally or in a region, with anthropogenic removals of the GHG so that the net effect is zero emissions. The push for such declarations from all countries began around 2019 at COP-25, when there was one year left for the Paris Agreement to come into effect. The USA, led then by Donald Trump, was still set to withdraw from the agreement, and it was clear that even the other developed countries were nowhere close to meeting the pledges they had made for reducing emissions by 2020. The very idea of net-zero declarations by individual countries and regions emerged from the need to hide the inaction of developed countries for the past 30 years.

But even these declarations for the future are far from adequate to ensure the safety of the planet. The “enhanced pledges” of the US, UK and EU (27) for 2030, and their currently declared intention of achieving net-zero emissions around 2050, imply that just these two major regions will consume over 30 percent of even the remaining carbon budget. Together with China, they will emit at least 20 percent more carbon dioxide than is available to the world to limit warming to below 1.5 degrees Celsius.

Despite the insistence of the COP presidency (the UK) that the world should pledge action to “keep 1.5 degrees Celsius alive”, it is quite evident that their own pledges ensure the rapid demise of this particular target. In fact, targets of most developed countries are not even compatible with the 2 degree Celsius goal. The impacts of climate change that we will face will be determined by the extent and immediacy of global action, and not by what we can achieve locally. It follows, therefore, that unless developed countries significantly enhance their targets for the near term, whatever sacrifices the rest of us make, these will not be enough to ensure the safety of our vulnerable populations.

The world needs much more ambition from rich countries also so that less developed countries get some room to develop. We need to eliminate the multiple forms of drudgery and deprivation that a large majority of our people are subjected to. This requires ensuring access to modern, affordable, and reliable amenities and services to all. It is also critical to prepare for a world that is quite likely to be more than 1.5 degrees Celsius warmer. Our first defence against the climatic impacts in such a world will be development.

India’s energy future, therefore, must be determined by the developmental needs of its people and their protection against the impacts of climate change. This does not mean, however, that we do nothing. India’s efforts in the energy sector are evidence that it is punching far above its weight where climate action is concerned.

However, while India does its fair share to check global warming, this should not be a blank cheque to developed countries to free ride on its efforts. It is essential, therefore, that the fair share of India’s carbon space and consequently the energy future of its people be secured now.

At COP-26 it is imperative that India calls the bluff on net-zero declarations of developed countries. In accordance with the best available science as compiled by the most recent report of the Intergovernmental Panel on Climate Change, these countries must be asked to declare how much of the remaining carbon budget they plan to consume before they reach net-zero. The answer to this question is critical in determining where the world is headed. In this global context, our energy path for the future must be carefully charted, allowing flexibility, while keeping the interests of our poorest and most vulnerable populations at the centre of any pledges we make.

This column first appeared in the print edition on November 1, 2021 under the title ‘The net zero subterfuge’. The writer is Associate Professor, National Institute of Advanced Studies, Bengaluru

Shareholder activism is growing in India. But it faces some hurdles 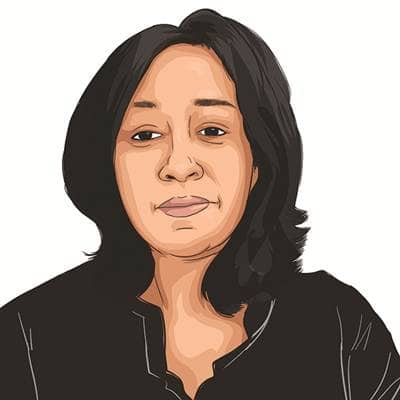