Somit Dasgupta writes: Due to all the problems associated with reform-linked assistance schemes, an alternate approach is providing only transitional financial support to all discoms, which are privatised under the private-public partnership mode. 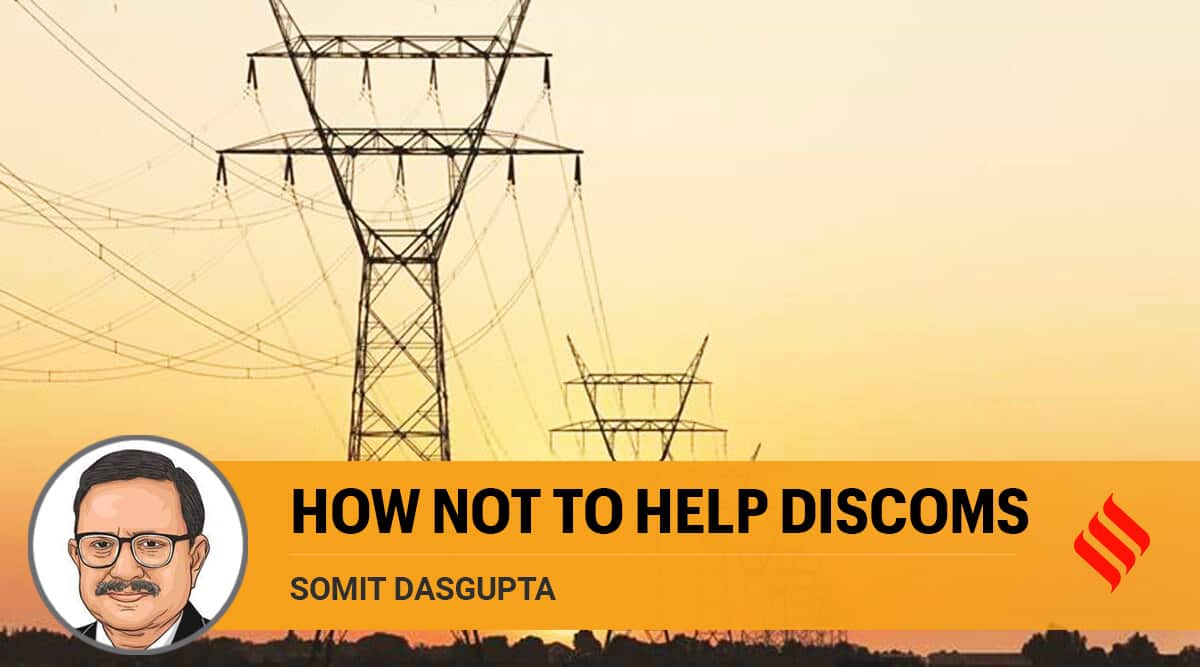 The problem with all these schemes (including UDAY) is that they have not delivered and the financial position of the discoms has only worsened.

Recently, the government launched a new scheme to improve the distribution infrastructure of the distribution companies (discoms) with the primary intention of improving their financial health. Under this scheme, the discoms will be offered financial assistance provided they meet certain laid down criteria. The total outlay for the scheme is around Rs 3.03 lakh crore, spread over five years. The objective of the scheme is to bring down commercial losses in the range of 12-15 per cent and also reduce the difference between the average cost of supply (ACS) and average revenue realised (ARR) to zero by 2024-25.

This kind of assistance programme for discoms is nothing new and has been going on since 2001, when the Accelerated Power Development Scheme was initiated. This was followed by various other schemes with some differences between them. But the overall principle remained the same — financial assistance will be offered in the form of grants and loans provided some pre-identified parameters move in a direction that would indicate better performance of discoms. Prior to the launching of this scheme, the government had launched the UDAY scheme in 2015. UDAY, however, did not involve any monetary assistance to the states, but only promised to help the states in reducing the cost of power through coal linkage rationalisation, etc.

The problem with all these schemes (including UDAY) is that they have not delivered and the financial position of the discoms has only worsened. The Power Finance Corporation reports that the aggregate loss of the discoms (after tax) was about Rs 49,600 crore in 2018-19. A recent report of Niti Aayog has assessed the losses to be about Rs 90,000 crore in 2020-21, though this figure is not strictly comparable to the PFC figure. Surprisingly, such schemes are being formulated, one after another, with outlays running into trillions of rupees knowing fully well that they are not effective and have not worked in the past. Reduction of commercial losses is not really about improving infrastructure, it is more of a managerial issue.

Though the average losses (inclusive of technical and commercial) is about 22 per cent today, several discoms have losses in excess of 40 per cent. It is common knowledge that it is possible to bring down losses from 40 per cent to about 15 per cent without any significant investments in infrastructure. Investments, however, would be required to bring down losses further to a single-digit level since all low-hanging fruits would have been consumed by then.

The governance of these reform-linked schemes is a complex issue because the performance of the discoms needs to be monitored quarterly to facilitate the release of funds to deserving discoms. The two most popular parameters which are monitored are the loss levels and the difference between the ACS and ARR. There are inherent problems with these parameters since they keep fluctuating and it is very difficult to fathom their trend on a quarter-wise basis, rendering the release of funds to be tricky and cumbersome.

In the scheme now announced by the government, monitoring will be all the more complex since about 26 parameters will be taken into consideration and assigned a score, though here again, loss levels and the difference between ACS and ARR will have the highest weightage. Moreover, for some of the parameters, it may be difficult to assign a score across discoms which may lead to some amount of subjectivity. Some examples being — providing accurate energy accounts, tariff reforms initiated, consumer rights and grievance redressal handled. Some of the parameters are even questionable, for instance, liquidation of regulatory assets, since these are mandated by the regulatory commissions and therefore, the discoms have no role to play in them.

Due to all the problems associated with reform-linked assistance schemes, an alternate approach that could be considered by the Centre (in lieu of such assistance schemes) is providing only transitional financial support to all discoms, which are privatised under the private-public partnership mode. One would again like to cite the case of Delhi. A transitional support of Rs 3,450 crore spread over five years proved to be exceedingly beneficial since it allowed the privatised utilities some breathing time to bring down their losses. On the flip side, one can also mention the case of the first phase of privatisation of discoms in Odisha (late 1990s), which proved to be a failure and one of the reasons often cited was the lack of any transitional support.

Since in an earlier policy statement the government had mentioned that privatisation of discoms is to be promoted, it would make sense to consider this transitional support as a catalyst. The quantum of support can be worked out on some normative basis and the performance of the discom can be monitored over a five-year period. The onus would be on the privatised utility to use this support judiciously under the supervision of the regulatory commission. Targets of loss reduction can be laid down on a year-wise basis and if these targets are not met, the privatised utilities would have to bear the loss. Incentives could also be thought of in case there was over-achievement vis-à-vis the targets. This is exactly the approach followed in the case of Delhi. Adopting this approach will ensure that the central government moves away from the micro-management of discoms, which inevitably happens if the release of funds is linked to reform-linked parameters on a quarter-wise basis. It would also give an opportunity to try a new approach, different from what was done in the past which clearly has not paid dividends despite the huge quantum of money spent.

This column first appeared in the print edition on August 12, 2021 under the title ‘How not to help discoms’. The writer is senior visiting fellow, ICRIER and former member (Economic & Commercial), CEA

Commerce Secy: Need more FTAs or will be shut out of global mkts 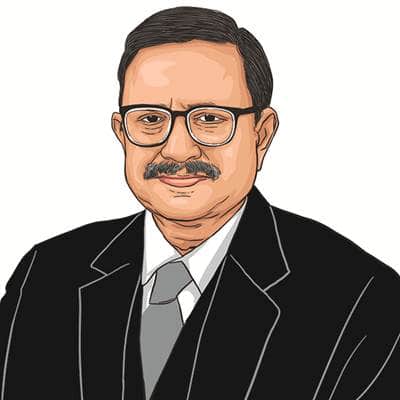