Differing reactions to protests over hijab and Islamophobia indicate the differing compulsions of state and corporate educational institutions, though societal tendencies of bigotry, violence permeate both One way of making sense of this event is by placing it against the background of the hijab row that erupted in December 2021 in a college in Udupi, a region that is geographically contiguous with Manipal. (Twitter)

A video of a student from MIT (Manipal Institute of Technology), an engineering college in Karnataka, confronting his teacher over an Islamophobic remark has gone viral and captured national headlines. The incident had reportedly taken place on November 25. On November 28, the video of the exchange between the teacher and the student started circulating on social media. Following this, the institution tendered a public response to the incident, in the form of a letter which was circulated online. The letter stated that the concerned teacher had been debarred from classes, that an inquiry against him had been initiated, that the institution prided itself on the diversity of its student population and was committed to upholding the constitutional values of “treating everyone alike, irrespective of their caste, religion, region, gender etc.”

One way of making sense of this event is by placing it against the background of the hijab row that erupted in December 2021 in a college in Udupi, a region that is geographically contiguous with Manipal. Both incidents can be perceived as manifestations of the Islamophobia that is being blatantly normalised in this region. In both cases, the response of the Muslim students subjected to institutional displays of Islamophobia has been intelligently rational and courageous. In both instances, they have not received any public expression of support from the larger academic community, whether it be the students who share their classrooms or the teachers who teach them. The only significant difference between the two incidents is the difference in the response of the respective institutions to the students’ defiance of institutionally embedded Islamophobia.

In the case of the hijab-wearing students of the government college of Udupi, the response to their defiance was immediate and repressive. Administrators of the college, teachers, students, elected representatives of the ruling government and right-wing goons came together to implement the law of uniformity in the classroom. In contrast to this, in the case of the student from the private college — MIT — the institution went all out to declare its espousal of constitutional values and publicly display its support for the student.

How does one explain this difference? Is bigotry and Islamophobia peculiar to state-funded educational institutions? Are privately-run educational institutions, which regularly top the global ranking lists of educational institutions, free of the prejudices and bigotry that prevail in the society to which they cater and which sustains them? Like several other elite private institutions in our country, MIT is an example of the corporatisation of education. Such institutions cater to the requirements of global corporate conglomerates for skilled professionals. It would not make good business sense for such an institution to allow discrimination based on caste, religion, gender etc. to be displayed or expressed in classrooms or on the campus. While such an educational institution will provide an institutional infrastructure of high quality, it will impose minimal restrictions on the non-academic and private areas of its students’ lives. For example, the students of such institutions might enjoy a degree of sartorial freedom unthinkable in state-funded educational institutions. However, the embeddedness of these institutions within a conflicted and polarised social world and their complicity with the politics of that divide will erupt every now and then. On the one hand, such institutions need to maintain an apolitical institutional environment, sanitised of all the disruptions of a polarised society if they are to run a successful business in education. On the other hand, it is impossible for them to prevent the permeation of these social conflicts into their institutional spaces through their diverse student population and a local population of administrators and teachers. This contradiction will manifest itself every now and then in the form of a conflict which becomes an institutional scandal. What happened in the classroom of MIT was a momentary breakdown of the systems put in place for the smooth functioning of corporatised education, under the pressures of a polarised society.

The incident that unfolds in the video unravels the strategies through which Islamophobia is normalised and reaffirmed by our society. The teacher may have thought that his positional power in the classroom would allow him to vent his deep-rooted Islamophobic hate on a student and get away with it. When the student responded with the sharp anger that the teacher’s comment merited, the teacher thought he could pass off his remark as a joke. The student’s response was a brilliant dismantling of the normalisation of Islamophobia — a refusal to accept the erasure of the violence inherent to Islamophobia, especially by laughing it away as an innocuous joke. It was a rejection of the teacher’s claim to the patriarchal right to the freedom of hate speech. What happened in that classroom was the disruption of the de-politicised corporatised classroom by the social dissonances that surround and permeate it.

Also Read |How teachers are being silenced in Manipur

State funding of education with the taxpayer’s money is central to the implementation of the egalitarian ideals of democracy, while access to such education is a fundamental right of citizens. The hijab row demonstrated the possibility of deploying democratic institutions for undemocratic purposes. Does that mean that private institutions are invulnerable to such undemocratic appropriations?

Also Read |In video of Muslim student confronting his teacher, an indictment of the Indian education system

Corporatised education can survive and flourish only with political patronage. Such patronage makes it impossible for such institutions to contest or critique the policies of the government or question the atrocities of the authoritarian state. The business interests of these institutions do compel them to maintain the principle of religious neutrality as an institutional policy. But the exacerbation of social cleavages makes it increasingly difficult for such institutions to maintain this policy of neutrality. These contradictions can erupt at unexpected moments, even in the form of a scandal. The institution’s response will be to control the damage to its business interests quickly and efficiently. It may make a public display of the punitive measures it takes against the erring teacher. The wronged student may be cajoled into silence. Both the public-funded and the privately funded educational institutions are complicit with, as well as vulnerable to, the repressive measures of the authoritarian state, the machinations of ruling regimes and the violence of a society fissured by the social cleavages of religion, gender, caste, region etc.

The writer is professor, department of English, Mangalore University 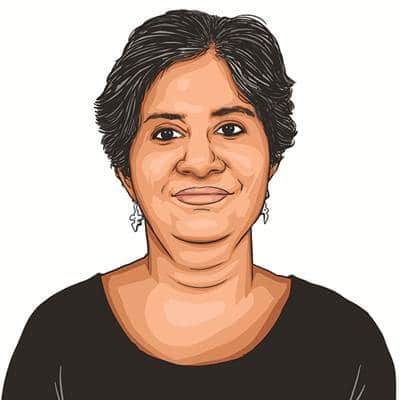