What would today’s government have done with Gandhi and Bhagat Singh?

D Raja writes: Both upheld the culture of dissent and independent thinking which is currently under threat. 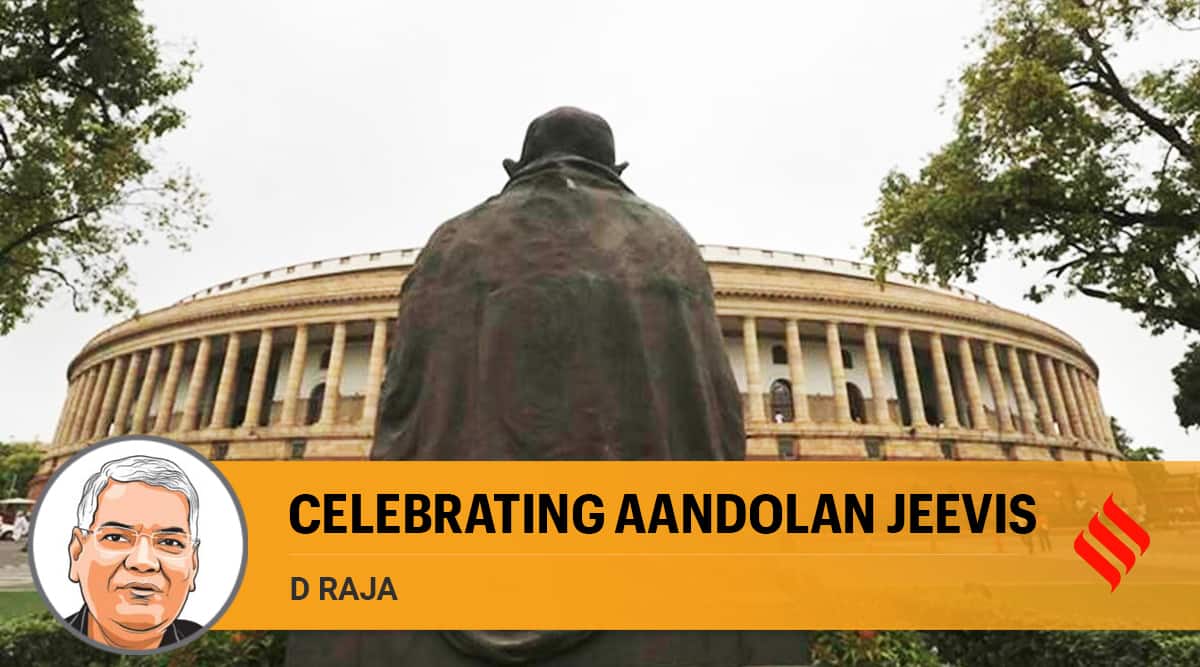 On September 7, 1924, Gandhi wrote in Navjivan, “…criticism of the government was considered sedition and hardly anyone dared to speak the truth.” Ninety-seven years later, these words resonate as section 124A of the Indian Penal Code (sedition) is frequently applied against students, journalists, human rights activists, and peaceful protesters.

The birth anniversary celebrations of Mahatma Gandhi on October 2 and those of Bhagat Singh on September 28 constitute the commemoration of the values of the freedom struggle, which every Indian should uphold as part of the fundamental duties enshrined in the Constitution. Both Gandhi and Bhagat Singh have left behind an extraordinary legacy of defending freedom and independence by employing dissent against the powers that be and both faced sedition charges for doing so. It is a paradox that when the 75th year of India’s independence is being celebrated, the core ideals of both Gandhi and Bhagat Singh are being negated by the Narendra Modi regime and those who uphold the culture of dissent are facing sedition charges, which are being slapped on with greater frequency and vigour. Had Gandhi and Bhagat Singh been alive today, the ruling dispensation would have called them aandolan jeevis and put them behind bars.

On September 7, 1924, Gandhi wrote in Navjivan, “…criticism of the government was considered sedition and hardly anyone dared to speak the truth.” Ninety-seven years later, these words resonate as section 124A of the Indian Penal Code (sedition) is frequently applied against students, journalists, human rights activists, and peaceful protesters.

In fact, while serving as the home minister, Rajnath Singh had said that the sedition provision would be strengthened if the BJP were to win the general elections to form the government for a second time in 2019. Such statements coming from the top leadership of the BJP remind us of the colonial era when figures like Gandhi and Bhagat Singh were put behind bars for fighting for India’s freedom.

It is relevant to note that both wrote about the significance of the culture of criticism, which is now seen by the Modi regime as a threat to its rule. This regime has, since 2014, made India a partially-free country and even secured the unenviable status of an “electoral autocracy”.

Gandhi defined swaraj from multiple perspectives and one of the most instructive perspectives was that swaraj should empower people to resist authority when it is abused. On January 29, 1925, Gandhi wrote in Young India, “Real swaraj will come not by the acquisition of authority by a few but by the acquisition of the capacity by all to resist authority when it is abused. In other words, swaraj is to be obtained by empowering the masses to a sense of their capacity to regulate and control authority.”

As a 23-year-old revolutionary, Bhagat Singh wrote in his classic piece “Why I am an atheist” — “Merciless criticism and independent thinking are the two necessary traits of revolutionary thinking.” He added, “It is necessary for every person who stands for progress to criticise every tenet of old beliefs”.

The swaraj of Gandhi’s vision wished to make the masses aware of the sense of their capacity to regulate and control authority, and Bhagat Singh’s imagined India, where every person standing for progress should criticise every tenet of old beliefs, is assaulted severely by criminalising dissent and mercilessly applying draconian laws against protestors.

Gandhi and Bhagat Singh attained martyrdom for the cause of India. Bhagat Singh’s method of struggle for India’s freedom was not acceptable to Gandhi, but he hailed him as a great patriot and a brave Indian.

It is fascinating to note that Bhagat Singh, along with Batukeshwar Dutt, wrote on June 6, 1928, “… labourers and producers, despite being part of the mainstream, are victims of exploitation and have been denied basic human rights… Farmers who produce die of hunger. The weaver who weaves clothes for others cannot do so for his own family and children… Masons, carpenters, ironsmiths who build huge palaces die living in huts and slums. On the other side, capitalist exploiters, anti-social elements, spend crores of rupees on their fashion and enjoyment…”

Today, the farmers’ agitation against the three farm laws is an unprecedented popular movement in independent India, challenging the dictatorial rule of the BJP-RSS combine.

Gopalkrishna Gandhi once wrote that Bhagat Singh’s spirit was all pervasive in the Karachi session of the Indian National Congress when a resolution drafted by Gandhi was adopted. It talked about the rights of workers and peasants and underlined the point that the means of production should be vested with the masses and not the capitalists and landlords.

Today, in the name of monetising national assets, the Modi regime is handing over these assets to capitalists and corporates in complete disregard of the interests of workers and peasants.

While drafting the constitution, B R Ambedkar had rightly emphasised that the Indian state should be a welfare state which ensures that one, citizens, men and women, equally have the right to earn an adequate livelihood; two, that the ownership and control of the material resources of the community are so distributed as to best subserve the common good; and three, that the operation of the economic system does not result in the concentration of wealth and the means of production to the common detriment.

While we mark the birth anniversaries of Bhagat Singh and Gandhi, it is necessary to recapture the spirit of their commitment. It is also necessary to emphasise Ambedkar’s definition of the Indian state as secular and welfarist, which is being subverted by the current ruling dispensation. This situation demands a confluence of all the secular, democratic and progressive forces in the battle against the corporate-communal fascist onslaught.

This column first appeared in the print edition on September 26, 2021 under the title ‘Celebrating aandolan jeevis’. The writer is general secretary, CPI