What the citizen must do

The fundamental duties in the Constitution are essential for an organised polity. 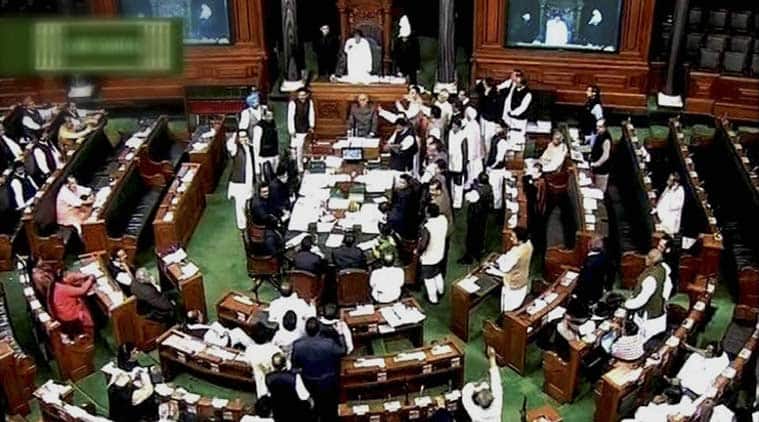 It was indeed refreshing to see both Houses of Parliament debating the Constitution. Members of Parliament got an opportunity to take a close look at this fundamental law of the land. The debate also provided them an occasion to gain an insight into the phenomenal contributions made by Babasaheb Ambedkar, Jawaharlal Nehru, Sardar Vallabhbhai Patel, Maulana Abul Kalam Azad and others in giving shape to the Constitution.

Any debate on the Constitution naturally focuses on the historic significance of the primacy of the fundamental rights of citizens. These rights placed India at the forefront of nations that cherish human rights. The historic significance of these rights lies in the fact that a people who suffered colonial oppression and the loss of basic rights for a long time reasserted themselves with a rare zeal in a constitution they gave unto themselves. It’s equally important that these fundamental rights were not limited to the celebrated freedoms under Article 19(1) and the right to life and liberty, but were extended to the freedom of religion also. The Constitution guarantees that these rights will be protected from any encroachment.

However, it must be said that while fundamental rights are crucial to the survival of a vibrant democracy, there’s an equally important aspect to an organised society that we often ignore. For a polity to survive, citizens should have a high sense of duty. The Constitution-makers didn’t think it necessary to list out the duties of citizens because they couldn’t have perceived a society that ignores such duties.

Through the 42nd Amendment, it was Indira Gandhi’s government that added

the fundamental duties of citizens, like filling a crucial gap. A close look will reveal these duties are fundamental to the survival of this nation as an organised polity. Some of the core duties need to be mentioned to illustrate the point: It shall be the duty of every citizen to cherish and follow the noble ideals which inspired our struggle for freedom; to promote harmony and common brotherhood amongst all the people of India transcending religious, linguistic and regional or sectoral diversities; to renounce practices derogatory to the dignity of women; to value and preserve the rich heritage of our composite culture; to develop a scientific temper, humanism and the spirit of inquiry and reform; to protect and improve the natural environment, etc.

But, even three decades after the fundamental duties were incorporated, there’s no adequate awareness among citizens. In 1998, Atal Bihari Vajpayee’s government had appointed the Justice J.S. Verma Committee “to operationalise the suggestions to teach fundamental duties to the citizens of the country”. This committee submitted its report containing a number of recommendations for the government to act on. There are schemes being implemented by the ministry of home affairs, HRD ministry, the environment ministry, etc, to promote the teaching of fundamental duties. There’s also a big involvement of voluntary agencies. But the impact of governmental as well as non-governmental involvement in this process is not being felt much.

The fundamental duties are not trite formulations to be read and ignored. For example, one duty is to promote harmony and the spirit of common brotherhood, transcending the barriers of religion, language, etc. But our democratic experiment over six decades has not fully equipped us to forge this common brotherhood. Today, our minds and hearts remain divided. Similarly, we have a duty to protect and improve the environment. But we pollute water and the air and complain about climate change.

We are living in a period in which Indian society is being subjected to unhealthy and dangerous pulls and pressures. The school environment and the social milieu are such that children learn all the wrong things about each other and become victims of social prejudices. The Justice Verma Committee had suggested changes in school and teacher education curricula to incorporate the teaching of fundamental duties, in a serious way, to children. If children learn these in the classroom, they will grow up with a sense of duty imprinted on their minds. But children haven’t been able to develop a sense of oneness, a scientific temper and the spirit of inquiry, nor a healthy, secular attitude. Religious and social prejudices would have no place if children developed a spirit of inquiry and began to understand the world with the help of science.

India has a composite culture. Every citizen has a duty to preserve it. Every race that inhabited this land has contributed to the development of this culture. The great rishis evolved a global perspective on man — “Vasudhaiva kutumbakam” sums up that perspective. They believed that ultimately, there is one truth, but wise men say it differently (ekam sat vipra bahudha vadanti). This non-sectarian, secular and universalist perspective of the ancient rishis should form the core of citizens’ duties.

While we debate the Constitution, we should lay sufficient emphasis on the fundamental duties of citizens. A couple of suggestions are in order. The prime minister has rightly said our children should be taught the Constitution. Yes, and more than any other thing, they should be taught the citizen’s duties. We should consider incorporating the essential aspects of citizens’ duties in all oaths and pledges. The Supreme Court, too, has said that since duties are obligatory for citizens, the state should strive to achieve the same goal. Rights and duties have to exist together. Rights without duties will lead to anarchy.