Economic insecurity,plus the fact that Indian students in Australia have practically no support systems....

Australia has long been a safe destination with quality education for Indian students,an image increasingly tarnished by recent events. In the past three years hundreds of working students in Australia have been assaulted  a fact that is bound to influence prospective students.

In all the incidents of curry bashing (as attacks on Indians are popularly called),part-time working students,salesmen and taxi drivers have been attacked,rather than skilled professionals. Much like the recent violence in Mumbai,this kind of identity politics is symptomatic of economic insecurity among locals.

However,this incident throws the students plight into focus. Sometimes Australian host institutions turn out to be fake. For instance,in Melbourne around half a dozen institutions were forced to shut down in the past year as they did not meet educational standards. Most of the small colleges dont offer on-campus housing and rents outside are exorbitant. In such a scenario,poor students are left with no option but to work part-time. And clearly,students who do menial jobs are the most vulnerable sections of society.

In India,except for a sketchy list of fake foreign universities posted on University Grants Commission website,there is not much a prospective student can get hold of. There is much more to be done to protect Indian students abroad. We have seen Indian medical students trapped in fake universities in Russia,Belarus and neighbouring countries in the past,but have not learnt from the experience.

Until the Indian government intervened,it was not taken up to the federal level in Australia. The UPA took it up strongly,from Prime Minister Manmohan Singh raising the issue with Australian Prime Minister Kevin Rudd to the Indian high commissioner visiting the latest victims at Royal Melbourne Hospital. Indian diplomatic channels are at work; something which was conspicuously lacking in earlier incidents when students were assaulted in the US and UK. But in the absence of a coherent policy on such matters,these are ad hoc responses.

This happens because there is no political representative of Indian origin at the federal level who could raise the alarm on time. The Indian community in Australia is not very networked internally or with the Indian government. All they have is forums based on regional identities. There is no formal interaction even among NRIs or second and third-generation Indians who migrated via Fiji or Malaysia,and Indian students rarely band together with fellow Indians there. Indias Ministry of Overseas Indian Affairs could,for starters,set up a joint forum with the Australian government to cater to the needs of Indian students in Australia.

The Australian government could also setup a single window system to foil fake universities and ensure the well-being of its students. This is important because Australia has invested millions of dollars in attracting international students,as part of a battle against economic slowdown. India,too,would do well to monitor the foreign institutions to which its young people flock.

The writer is at the Centre for School of International Studies,JNU and fellow,Australia-India Council 2007-8.

What the world is reading 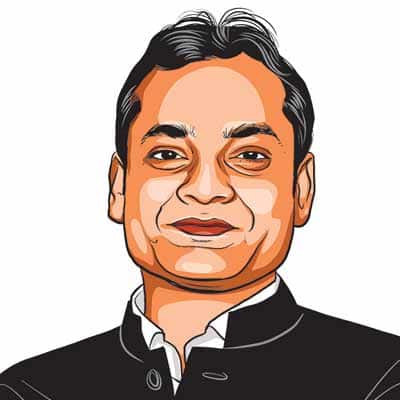