What GDP data says about state of economy, its influence on budget priorities

🔴 Government needs to ramp up infrastructure-focused spending, while bringing down deficits over the medium term 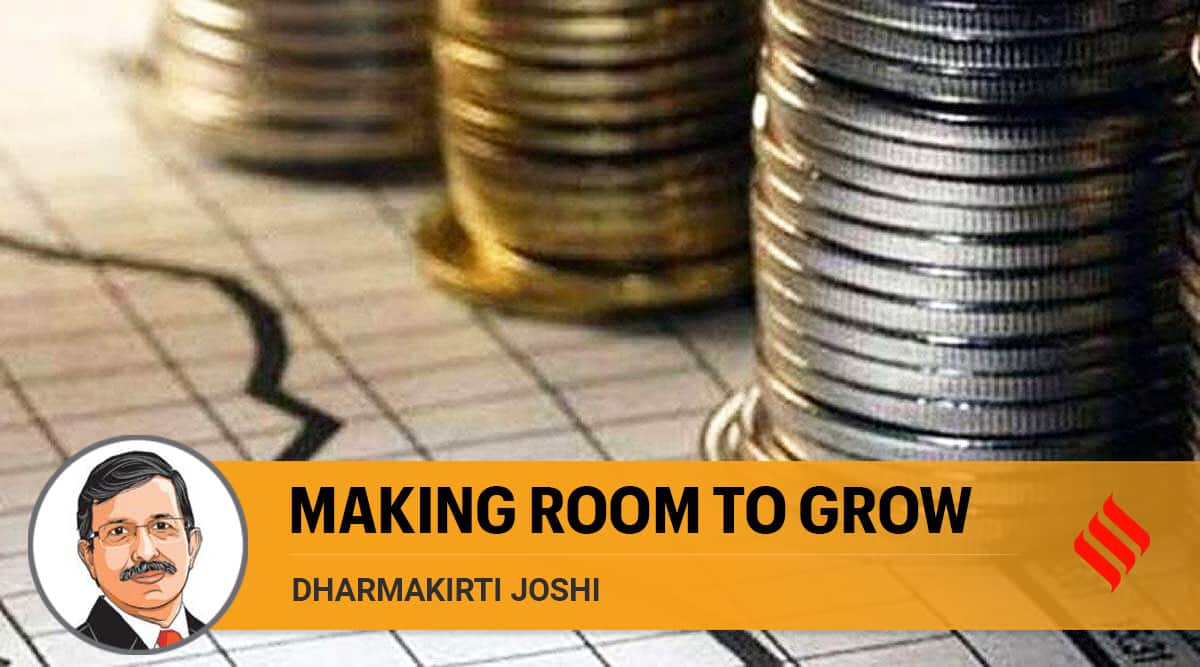 The fiscal position of the government till November 2021 was a tad better than envisaged when the budget was unveiled. Due to robust tax collections, the deficit in the first eight months of the fiscal was 46 per cent of the annual target this year compared to 135 per cent during the same period last year.

The Indian economy is expected to expand at 9.2 per cent in 2021-22 as per the first advance estimate (FAE), broadly in line with expectations. The professional forecasters’ survey, published by the Reserve Bank of India (RBI) in December, had pegged the median value of GDP growth for this fiscal at 9.5 per cent.

One striking feature of the GDP data is the sharp increase in nominal GDP, which is estimated to expand by 17.6 per cent this fiscal, much faster than the 14.4 per cent growth the Union budget had assumed. Double-digit wholesale price inflation and the persistence of high consumer price inflation have led to the surge in nominal GDP and added an upside to tax collections this year.

However, there are three reasons these advance estimates could change.

First, these estimates are based on the limited information available till December and typically undergo a change when new information is available. Second is the emergence of a wild card — the Omicron variant — in this last quarter of the current fiscal year. Although we are yet to grasp the impact it will have on the overall economy, it has certainly injected some uncertainty in the fourth-quarter outlook. Third, as pointed by the National Statistical Office, “the First Revised Estimates for 2020-21 (benchmark year), due for release on 31.01.2022, may also lead to a revision in growth rates reflected in FAE.”

Experience tells us that successive waves impact the healthcare sector disproportionately compared with the economy. So, even as this Omicron wave plays out, more vaccinations and learning how to live with the virus will result in more nuanced and progressively less-stringent lockdowns. That said, Omicron will certainly prevent a broad basing of recovery as the contact-based services will slacken again. The budget next month will need a flexible approach to account for these uncertainties.

But what does the GDP data tell us about the state of the economy that could influence budget priorities?

One key worry from the point of sustainability of growth is weak private consumption demand and the frail consumer sentiment. The share of private consumption in GDP has been falling since the pandemic struck, and the latest RBI survey confirms the weakness.

The advance estimates also show that GDP in construction is barely above its pre-pandemic level, while trade, hotels, tourism and other contact-based services, which are also labour-intensive, lag the pre-pandemic levels. Omicron will again hit and delay the normalisation of employment in these segments. These activities are largely urban-centric and will likely need hand-holding from the budget.

Similarly, a pick-up in demand for MGNREGA jobs means a lack of rural employment opportunities. Additionally, rural wages for agriculture and non-agriculture have been flat in real terms. Weak tractor and motorcycle demand mirror the weakness in the rural economy. The budget will need to extend support to rural areas till the situation normalises.

A revival of consumption demand is also needed for a broad-based revival of investments.

The GDP data shows that investments are doing somewhat better than private consumption with their share in GDP crossing the 2019-20 levels. But this is largely due to government investments. While the pre-conditions for an upturn in the private investment cycle are being met gradually, it is too early to label it as broad-based. Uncertainty from the emergence of Omicron will only further delay private investment decisions.

Next month’s Union Budget will, therefore, need to continue pressing the pedal hard on infrastructure-focused capital expenditure, which has a higher multiplier effect on the economy and is known to crowd-in private investments. Together with higher allocations, attention also needs to be paid to enhancing execution capacity as well because slackness is creeping into public investments.

The pandemic has also inflated debt and deficit levels across countries. India’s debt, estimated by the International Monetary Fund (IMF) at around 90 per cent of GDP, is amongst the highest in the peer group of similarly-rated economies.

Meanwhile, the normalisation of monetary policy has begun. The US Federal Reserve (Fed) no longer views inflation as “transitory” and has brought forward its timeline for normalisation. The Fed is now expected to complete its tapering of asset purchases and raise interest rates three times in 2022. That is a significant change from its guidance a few months ago. Together with domestic inflation concerns, this can trigger the beginning of calibrated rate hike cycle beginning as early as April.

Attention will, therefore, shift to fiscal policy, which needs to play a supportive role while engineering a calibrated reduction in deficits over the medium run. The fiscal position of the government till November 2021 was a tad better than envisaged when the budget was unveiled. Due to robust tax collections, the deficit in the first eight months of the fiscal was 46 per cent of the annual target this year compared to 135 per cent during the same period last year. Spending in the last quarter could rise at a faster pace due to Omicron-led turbulence. Even with that, the deficit target of 6.8 per cent of GDP is very much in sight.

The Finance Commission had estimated the government debt to GDP ratio to decline very gradually from close to 90 per cent currently to 85.6 per cent by 2025-26. The IMF too has a similar prognosis for India’s debt trajectory and expects the fiscal deficit/GDP to reduce gradually. Interestingly, debt and deficits as percentage of GDP are projected to remain above their pre-pandemic levels even by 2025-26.

I see the forthcoming budget engineering a similar fiscal trajectory of deficit and debt reduction over the medium run to be achieved with a mix of revenue and expenditure measures. Here, the credibility of divestment targets assumes greater significance as it will improve the fiscal headroom the government has to support the economy.

The upcoming budget for the next fiscal year will show us how the government intends to create and use the fiscal space. 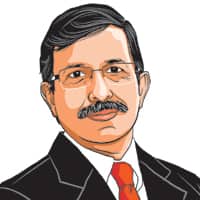