India-Japan rail diplomacy is a setback for China’s One Belt, One Road initiative. The recently concluded visit of Japanese Prime Minister Shinzo Abe to India has been the focus of the international media in recent days. India and Japan inked seven high-profile pacts to ramp up engagement in key areas — economic, nuclear and defence cooperation.

Among the agreements signed, the Rs 98,000 crore deal to build India’s first bullet train network, which will link Mumbai and Ahmedabad, emerged as the most eye-catching issue, mainly because of the China factor. Tokyo and Beijing have competed fiercely to export their high-speed railway systems. Less than three months ago, Japan lost to China the chance to build Indonesia’s first high-speed railway. So, India’s decision to opt for Japan’s Shinkansen system came as a relief to Abe. Jakarta’s decision was based on financial considerations — China offered a highly concessional loan without a guarantee from Indonesia’s government. The Japanese seem to have leaned a lesson from this. In order to win the contract for the proposed 500-km railway in India, Japan agreed to offer a $12 billion loan at 0.1 per cent interest, to be repaid over 50 years.

The Indo-Japanese rail agreement is widely seen as a blow to China’s “high-speed rail diplomacy”. However, it is premature to conclude that China is out of the game. In fact, China just won the contract to assess the feasibility of a high-speed train between Delhi and Mumbai. No matter how slim, there’s still hope for China to export its high-speed train system to India. That is why the Chinese foreign ministry spokesman emphasised that there is high-speed railway cooperation between China and India, too.

Against this backdrop, India-Japan cooperation appears to damage China’s ambitious initiative. India alone may not be able to substantially challenge China’s ambition in South Asia and the Indian Ocean. But with finance and technology from Japan, India and others could choose an alternative way to develop their infrastructure.

Abe’s visit also sounded a new warning to Beijing. For the first time, an Indo-Japanese joint statement underlined the countries’ concerns about developments in the South China Sea, and requested other states to avoid unilateral actions that could lead to tensions in the region. Chinese scholars have repudiated the statement as meaningless, arguing that neither Japan nor India is party to the South China Sea issue. But it reminded people that India first mentioned the South China Sea dispute in the Indo-US joint statements during Prime Minister Narendra Modi’s trip to Washington last September. Despite China’s protests, India is again trying to build up its presence in the region.

Beijing is also warily watching the growing defence and nuclear cooperation between Delhi and Tokyo. After much talk about the chemistry between the two leaders, Modi and Abe have finally transformed their rapport into a political advantage. In China, Abe’s visit is being considered more an India-Japan strategic manoeuvre against Beijing than an attempt to improve bilateral economic ties.

There is no doubt that Beijing has been apprehensive of the growing proximity between India and Japan. It makes sense for China to be more proactive in pursuing a good-neighbourly policy towards India in order to persuade Delhi to keep a distance from Tokyo. On the other hand, India may ask China to provide similar financial packages to the one Tokyo inked with Delhi. India may emerge as the big winner of this round. 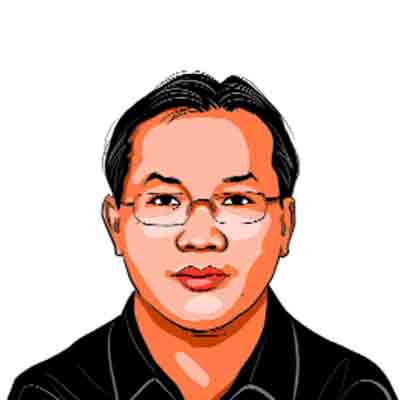