Walter Andersen writes: Over the past 10 years, with the assistance of Amit Shah, Narendra Modi has centralised power both within the party and the bureaucracy. He built on RSS’s sangathan model to mobilise voter support. Ajay Singh has written an important book (The Architect of the New BJP: How Narendra Modi Transformed the Party, forthcoming from Penguin) that analyses Narendra Modi’s impressive organisational skills used to build the Bharatiya Janata Party (BJP) as India’s predominant political party and, in the process, advancing his own career path to the position of prime minister (PM). The PM’s shrewd political skills were again witnessed in the run-up to the recent assembly elections. On March 10, the BJP was announced as the winner in four of the five states that had voted, with a spectacular victory in Uttar Pradesh, India’s most populous state. The BJP’s electoral performance in these states seems to affirm Singh’s key propositions regarding Modi’s ability to successfully use the party organisation as the interface between the people and what they want on the one side and the government/bureaucracy on the other. Much of the book is an analysis of why Singh thinks this system is likely to survive even when Modi fades from the political scene.

A study of any organisation requires a deep insight into its functioning, which is why many scholars analysing political parties either avoid this difficult task or provide only a cursory analysis. Singh is an exception; he knows many of the key figures that are the subject of the book and brings to his study the insights and contacts that he had gained as a journalist working on national political issues. Unlike so many studies of Modi, this is not a book that relies almost exclusively on news reports. Nor does it have an agenda aimed primarily at condemning or praising.

One of the strengths of this book is his analysis of the factors contributing to Modi’s organisational skills. Among the most important are (1) the focused self-discipline expected of every member of his poor, religiously inclined Gujarati family to work together systematically for its well-being and (2) his participation from the age of eight in the daily meetings at the local Rashtriya Swayamsevak Sangh (RSS) unit with its focus on self-discipline and building a cohesive nation within a Hindu cultural context. The key elements of the RSS’s operational style (which the RSS defines as “character building”) impressed Modi, and the RSS became for him a kind of surrogate family.

As was noted in our book on the functioning of the RSS and its affiliates, The Brotherhood in Saffron (co-authored with Shridhar Damle; re-issued by Penguin 2019), a major reason for its cohesiveness and influence was its decision-making system relying on organising secretaries (referred to as the sangathan model) composed mostly of people who have demonstrated loyalty to the RSS and its ideology to ensure that specific goals are achieved within the organisation’s ideological parameters.

This was a system adopted by all the affiliated organisations of the RSS, including the BJP.

Singh notes throughout the book that this system appealed to Modi’s own commitment to getting things done, which was almost certainly influenced by his family, especially his mother. Modi was also fortunate in 1982 to link up with the current home minister and his closest confidant and political adviser, Amit Shah, early in his political career. The two proved successful in unifying a faction-ridden BJP in Gujarat and then at the national level. Shah also orchestrated the BJP’s two successful national parliamentary campaigns (2014 and 2019).

Modi moved beyond the RSS’s narrow sangathan model to mobilise voter support, though, as Singh points out, he retained it to the extent that he could staff the party organisation by relying on full-time RSS workers and fill the party’s organisational positions at senior levels. During his three terms as chief minister and working closely with Amit Shah in Gujarat, Modi constructed an electoral strategy that involved recruiting influential leaders in every village and city, whatever their past politics — a tactic long associated with the Congress party. But this recruitment tactic did not undermine the party’s larger Hindu ideological orientation because the party’s leadership at every level was largely drawn from the RSS.

Over the past 10 years, with the assistance of Shah, Modi has centralised power both within the party and the bureaucracy. The former national alternative, the Congress, is disintegrating, and the Opposition, filled with jealous regional barons, seems unable to work together. He is the strong man at the helm of the state that many Indians find compatible with good governance and regard as a symbol of the country’s national identity.

Take the recent state assembly election in UP, where the BJP won 255 of 403 seats (273 seats counting two small allies) and secured a majority on its own for the second time in a row, even though it had faced multiple Covid surges, massive farmers’ protests and significant unemployment. The results seem to support Singh’s idea that the “Modi-Shah duo has perfected the art of micromanagement of elections”.

This electoral project also had an ideological vision: An effort to, as Singh notes, replace the “Congress system . . . conceived by [a] Western-educated elite” with a BJP that is “the sole contender for the claim of a wholly Indian, home-grown way of party-building”. The question is whether this project will continue after Modi. Singh thinks it will, as Modi will likely leave behind a robust organisation.

Andersen is former head of South Asia Studies, School of Advanced International Studies, Johns Hopkins University, USA. This article is an edited excerpt from his foreword to The Architect of the New BJP: How Narendra Modi Transformed the BJP by Ajay Singh, to be published by Penguin Random House 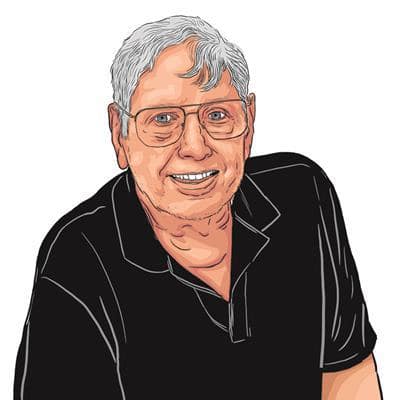