The National Rural Employment Guarantee Act is revolutionary not only in that it legally guarantees livelihood security and anchors implementation of anti-poverty initiatives in the panchayats,but also because it reinvents the conventional notion of labour. Influenced largely by late 19th-century Marxist and socialist writings,the mobilisation of labour has historically been marked by a crude sociological […]

The National Rural Employment Guarantee Act is revolutionary not only in that it legally guarantees livelihood security and anchors implementation of anti-poverty initiatives in the panchayats,but also because it reinvents the conventional notion of labour. Influenced largely by late 19th-century Marxist and socialist writings,the mobilisation of labour has historically been marked by a crude sociological determinism and urban bias. In this dominant political economy perspective on labour,a ubiquitous class struggle between the working class and capitalists decides the content,structure and outcome of the mobilisation of labour. Not surprisingly,this model of labour mobilisation excludes lower castes and tribals,portraying them as rigid,intolerant,authoritarian and more likely to succumb to the seductive charms of identity politics.

This intuitively and historically erroneous view doesnt view the entrepreneurial spirit of the rural poor as a virtue; and the diversity of the rural poor becomes a hindrance rather than an advantage in pursuing the goals of modernity and democracy. In contrast,the actual,gradual democratic upsurge in India has been spurred on by the politicisation of the entrepreneurial ambitions and the energies of lower-castes and -classes in rural India. Therefore,it comes as no surprise that much of the NREGAs success has been premised on community mobilisation of rural workers,since the uniquely conceptualised demand process of the NREGA distinguishes it from other wage employment programmes. This also constitutes its biggest challenge,especially if the majority of wage seekers come from SC/ ST,IYS,BPL households and from land reform beneficiaries; they often lack regular access to livelihood sources and are also illiterate and unorganised. And more significantly,a majority of NREGA workers are women who often juggle between wage employment and self-employment for survival and dignity in rural India.

The mobilisation of NREGA workers has already witnessed a combination of popular and innovative forms of civil society and government intervention. MKSSs influential public hearing (Jan Sunwai),NREGA workers associations in various states and Keralas Kudumbasree model have strengthened its social mobilisation aspects. Though we must continue to support and learn from these experiences,there still exists a vast scope for a creative convergence between wage employment and self-employment: between NREGA and the National Rural Livelihood Mission,for example,to sustain entrepreneurship in rural India.

Without diluting the existing provisions for works,or enlarging the scope of the works under the act,the formation of Self-Help Groups (SHGs) from NREGA workers can be undertaken by a creative reading of Section 2 of Schedule I in the act that says creation of durable assets and strengthening the livelihood resources base of the rural poor shall be an important objective of the Scheme. The NRLM has been designed to use SHGs; several evaluations have shown that it is relatively successful in alleviating rural poverty wherever systematic mobilisation of the poor into SHGs has taken place and dedicated governance structures have been created. The successful example of Andhra Pradeshs Indira Kranthi Patham Scheme testifies to newer ways of mobilisation of the rural poor,formation of social capital and institutionalisation of a cadre of community facilitators.

Since many NREGA workers come from almost homogenous socio-economic backgrounds,forming SHGs is not very difficult,provided they are given enough individual and institutional incentives for collective action. Therefore,mobilisation of NREGA households into functionally effective SHGs and their federations promises to erect a durable and sustainable bridge between wage employment and self-employment. As a first step towards convergence,mates (supervisors) from NREGA sites could be trained as community facilitators (Lok Sevaks) to perform multiple functions ranging from identification of NREGA beneficiaries and issuing of job cards to building support for SHGs.

The opportunities for forming SHGs from a large pool of about  4,49,40870 rural households that were brought under the net of the NREGA in 2008-9 are tremendous. This will help the NRLM to meet its ambitious task of forming 12.5 lakh SHGs during the remaining period of the 11th Plan. It could also be an institutional antidote to widespread governance deficits in NREGA implementation. Once this happens,the NREGA could unshackle the untapped energies of the rural poor,institutionalise associational forms of community bargaining power at the grassroots,and induce more equity in the emerging market structures in our villages.

We might not get the desired results in the immediate future,but try we must. Indias rural poor are getting frustrated by the increasing violence of bureaucratic indifference and political corruption. The convergence between NREGA and the NRLM is the key to unleash the transformative potential of the NREGA. 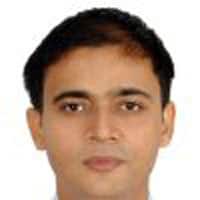 Ashwani KumarThe writer, an IRTS officer, is a fellow with the future mobility grou... read more