No proof required: Not business as usual 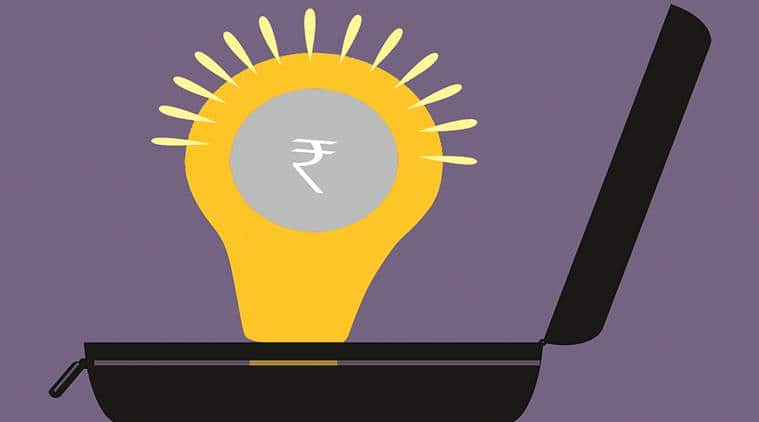 A detached, unhurried reading of the Budget 2017/18 does lead one to conclude that it was not a run-of-the-mill budget. It was different, both in what it did, and what it did not do. It was a state of the art and a workmanlike budget with one flaw — it hesitated to go the full, logical distance in tax reforms. Why? Likely because the government is waiting for a near-optimal political and economic moment in February next year.

In several articles preceding this budget, and ever since the demonetisation (DeMo) policy was announced on November 8, I have argued that the key post-DeMo goal of the government should be to create a political and economic environment conducive to the considerably less creation of black money. I had identified three key areas for policy. First, individual income tax compliance must be made to increase, and as I and Arvind Virmani had argued, this would not happen unless incentives (carrots) were given to taxpayers for them to come into the tax net and to declare a larger fraction of their income. Second, the real estate sector needed to be cleaned up, for it was a major sink for black money. Third, election funding policies needed to be urgently reformed — this politician-dominated sector is one of the largest black sinks. On the latter two policy objectives, the budget has been extraordinarily innovative — especially on election funding.

In addition to black money, the other problem plaguing the Indian economy has been the low rate of growth of capital formation (investment) by the private sector. This, I had emphasised, was very likely due to the extraordinarily high rates of taxation of profits in India. The corporate sector, in aggregate, was paying more than 60 per cent of its profits as taxes to the government (corporate tax, dividend tax, pension payments, insurance payments, indirect taxes, surcharges, cesses — need one go on?). Finance Minister Arun Jaitley has decided to fire the first salvo in cutting tax rates of a bygone socialist era in which profits were considered “evil”; they were something the bhadralok shunned with pride.

For 96 per cent of firms (all those with turnover less than Rs. 50 crores), the corporate tax rate has been reduced by five percentage points — 30 per cent to 25 per cent. This is just not enough, and possibly a major clean-up will be presented in next year’s budget when (hopefully) a no-exemption corporate tax rate of 18 per cent to 20 per cent will be implemented for all firms, big and small.

Personal income tax (PIT) rates: Modi-Jaitley have taken a significant step forward by halving the tax rate (from 10 per cent to 5 per cent) for the lower middle-class taxpayers (between Rs 2.5 lakh to 5 lakh). Even tax payers earning between Rs 5 and Rs 50 lakh will have their tax outgo reduced by Rs 12,500. For those earning between Rs 50 lakh and Rs 1 crore, there is a tax surcharge of 10 per cent, and the surcharge for incomes above Rs 1 crore is retained at 15 per cent.

There are important state elections (especially UP) days after the budget presentation. It is well-recognised (and inevitably should be) that a budget is both an economic and political document. Jaitley goes to considerable lengths in the budget to emphasise that we are not a PIT-compliant society. To coin a phrase, when it comes to PIT, Indians are the pits. This was also emphasised by PM Modi on December 31, and this is a very welcome innovation for leading policymakers to publicly, and loudly, admit to the plague of tax non-compliance.

Comparing the tax compliance data offered by Jaitley on page 28 of his budget speech (and our synthetic or estimated income distribution for 2011 to 2016/17, the one used by Virmani and myself), one gets the following result: For 2015-16, those earning between Rs 10 lakh and Rs 50 lakh (individuals with no tax surcharge), only 13 per cent of individuals paid taxes, while for those with incomes above Rs 50 lakh, tax compliance is 26 per cent, that is, the super-rich who are paying a 10-15 per cent surcharge are twice as tax compliant as the near-rich. So this policy of not cutting taxes for all is an opportunity missed — maybe next year?

However, in the main, the budget is workmanlike and brilliant, in being focused on the big picture, and ignoring all advice to do the wrong things — for example, instituting long-term capital gains tax, or bringing in inheritance tax, or providing doles instead of infrastructure, rejecting universal basis income, and indirectly hinting (through the Economic Survey) that the days of cash transfers for the poor are numbered (bye bye, PDS).

The best commentary on the MGNREGA was by the FM when he declared that this favourite of Sonia Gandhi and the Congress Left had received the maximum ever allocation of Rs 48,000 crore. What Jaitley did not emphasise was that this was the lowest in real terms since the programme was initiated in 2008/2009; the real allocation
to MGNREGA is now less than two-thirds of the Rs 37,400 made available in 2008/2009. Further, and more importantly, MGNREGA has been converted into a programme for providing infrastructure for irrigation.

The budget has been extra-careful and conservative about the impact of DeMo on the economy. It is very likely that GDP growth for 2016/2017 will close in on a number above 7 per cent. Somewhat surprisingly, DeMo has not had that big a negative impact on the economy. The jury is still out, but all (conservative) official estimates peg GDP growth at no less than 6.7 per cent. This is obtained with a GDP for agriculture at 4.1 per cent. Kharif acreage, unaffected by DeMo, had an expansion of 3.5 per cent. Add a miniscule productivity growth of 0.6 percent, and one obtains the CSO estimate of 4.1 per cent agricultural growth for 2016-17.

The CSO was honest about not extrapolating beyond October 2016. But the rabi acreage, advertised by many anti-DeMo experts as doomed, has expanded by at least 5.9 per cent (all data as of January 13, Economic Survey, page 156); wheat acreage is up by 7.1 per cent. This implies that a minimum level of agricultural growth for 2016-17 will likely be close to 5.5 per cent, and the likely level 6 per cent to 7 per cent. Assuming an agricultural growth of 6.5 per cent (versus the 4.1 per cent estimated by the CSO), yields a GDP growth level of 7.1 per cent. This is well above that of the (deliberately-conservative) ministry of finance and near identical to the estimates of both the CSO and RBI.

The BJP, especially PM Modi, is a long-distance runner, a Test player, rather than one playing the gimmicky T20s (or even less gimmicky one-days). This longer vision has been apparent for some time, and I believe comes out strongly in the budget in its estimate of the fiscal deficit for 2017/18. Remember, the budget is (ultimately) about fiscalism, revenues and expenditures, that is, the fiscal deficit.

The budget has not only underestimated GDP growth, but also the addition to tax revenue this year, and in the future, from increased PIT compliance. The fiscal deficit for the next year is very likely to be less than the 3.2 per cent target for 2017/18, and likely less than 3 per cent. If both tax revenues and GDP growth are understated, the fiscal deficit is doubly overstated. What a great idea, Sirji.

After the elections in the next few days, large state elections are only in November 2018 and the national elections are scheduled for 2019. Flush with higher than expected tax revenue and GDP growth, the Modi government will likely complete tax reform for individuals, and corporates, in February next year. What exquisite timing — set a conservative base this year, so you can be radical next year.

Not Much of a Fight