Inder Malhotra  that superb chronicler of old times,good and bad  has reminded us of the Internal Emergency of June....

In February and March 1975,I had appeared as law officer of the Union of India in a group of matters in which preventive detention orders on persons (who were much later acknowledged to be notorious smugglers) were challenged in a series of writ petitions under Article 226. The group of matters went on for many days before a division bench of the Delhi high court and judgment was reserved,to be ultimately delivered on a Friday. The grounds of detention,the judgment said,were insufficient and all the detention orders were quashed. In the afternoon of that fateful Friday I interrupted a part-heard matter before a constitution bench of the Supreme Court presided over by the then chief justice and requested that their lordships stay the order of the Delhi high court,undertaking that an SLP (special leave petition) would be filed by Monday. The following interchange then took place:

Chief Justice: But Mr Solicitor this is a matter of personal liberty and we have neither the judgment nor any written application from government. We cannot,on a mere oral application,grant a stay.

Nariman: It is only for two days: the judges of the high court had reserved judgment several weeks ago,and delivered it on a Friday. Hence the request…

Chief Justice: We cannot help that. In matters of personal liberty we cannot grant a stay.

Nariman (gnashing his teeth): As your Lordship pleases!

The next morning,on Saturday,all the detainees were freed,and having been released from preventive detention they could not be re-arrested,even if the judgment of the Delhi high court was ultimately set aside: that was (and is) the law.

There was a furore in government circles  the finance minister and law minister met with a host of secretaries to the government and proposed that Article 226 (the ample writ jurisdiction of the high courts under our Constitution) should be forthwith amended to prevent this sort of thing from happening again!

I tried to reason with them but they remained sceptical. All this was in the month of April 1975.

I quit my post of additional solicitor general a day after the Proclamation of Internal Emergency on June 26,1975. The Supreme Court was then in vacation. When the court reopened in July,the first week after the reopening,I happened to be present in the same chief justices court when on an oral application by the then solicitor general of India,the justices stayed a judgment of the Bombay high court which it had not even seen or read!

The case concerned municipal councillors in the Municipal Corporation of Bombay who had been detained under MISA (the then current preventive detention law). There was to be a mayoral election in which the Congress had nominated its candidate for mayor. If the councillors who had been detained under the preventive detention law in Bombay had been permitted to exercise their franchise and cast their votes,the Congress would have lost the mayoral election. A writ petition was filed in the Bombay high court on behalf of the detained councillors contending that they had not lost their right to vote though preventively detained,and consequently they should be permitted to exercise their vote either in jail or be brought under guard to the voting centre. This prayer,which seemed eminently reasonable,was granted by a bench of the Bombay high court. This was on a Monday,and the decision was reported in the Delhi newspapers the next day.

On Wednesday morning the solicitor general appeared for the Union government in the Supreme Court. Without any papers,and without any judgment; he orally asked the judges for a stay of the order of the Bombay high court,the contents of which he orally communicated to the court. The same Supreme Court,the same chief justice,promptly granted a stay of the bench decision of the Bombay high court  which incidentally resulted in the not-so-fortuitous election of the Congress nominee as mayor!

One of Americas greatest judges was Judge Learned Hand though he never made it to his countrys highest court  their system of selection of Supreme Court judges,though different,is as skewed and as imperfect as ours. He used to say: Do not rely too much on the court to save your liberties  instead rely on yourselves. He was right. The lamps of liberty in India were totally extinguished by the majority judgment in ADM Jabalpur vs Shukla (April 1976),where a constitution bench of the Supreme Court,overruling judgments of nine high courts,said: (4:1) liberty is itself a gift of the law and may by the law be forfeited or abridged. Justice H.R. Khanna alone dissented,but he was in a minority of one. After this,the simmering discontent of the people could find expression no longer through the courts,but only much later at the general elections of March 1977 (after the lifting of the Emergency in January 1977). The results of the general election showed that the people had not lost hope in the Constitution,although its final interpreters,the judges,

had not kept true faith with it.

Of course,post-Emergency,the Supreme Court has amply redeemed itself by its pronouncements: and it has kept elected governments,and its ministers and officials in place. But be it remembered  all this,only post-Emergency!

Malhotra says that whatever the Emergencys faults which were many and grievous,its biggest benefit is that it just cant be repeated. I am not so sanguine. In any case the reasoning in ADM Jabalpur could theoretically speaking be repeated. Because that decision has never been expressly overruled; strangely  and inexplicably during these

34 years  it has never even been expressly dissented from.

It is time we realised that the Constitution is not only for judges and lawyers,but for us citizens as well  for the butcher,the baker and the candlestick maker as Justice Vivian Bose eloquently put it in a celebrated judgment of the Supreme Court way back in 1954. It is only the spirit of constitutionalism amongst the people of this country that can save our liberties,and help preserve the integrity of our great country. We must all strive  the media in parti-cular  to nurture and propagate this spirit of constitutionalism,so that what happened between June 1975 and January 1977 can never happen again.

The writer is an eminent jurist express@expressindia.com 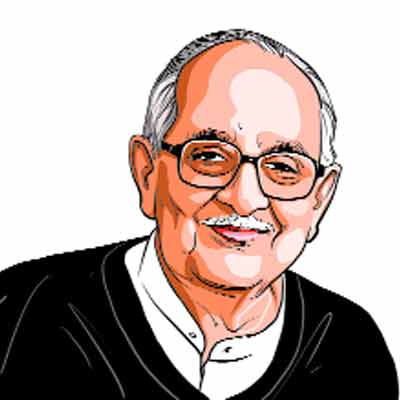 Fali S NarimanThe writer is a constitutional jurist and senior advocate to the Supre... read more