Twenty years after gruesome Erwadi tragedy, people with disabilities continue to be treated with indignity

Satendra Singh writes: While steps are being taken around the world to protect vulnerable populations, disability rights activists were pleading with Indian government to provide reasonable accommodations to people with disabilities in prison – G N Saibaba, the late Father Stan Swamy, Shiv Kumar. 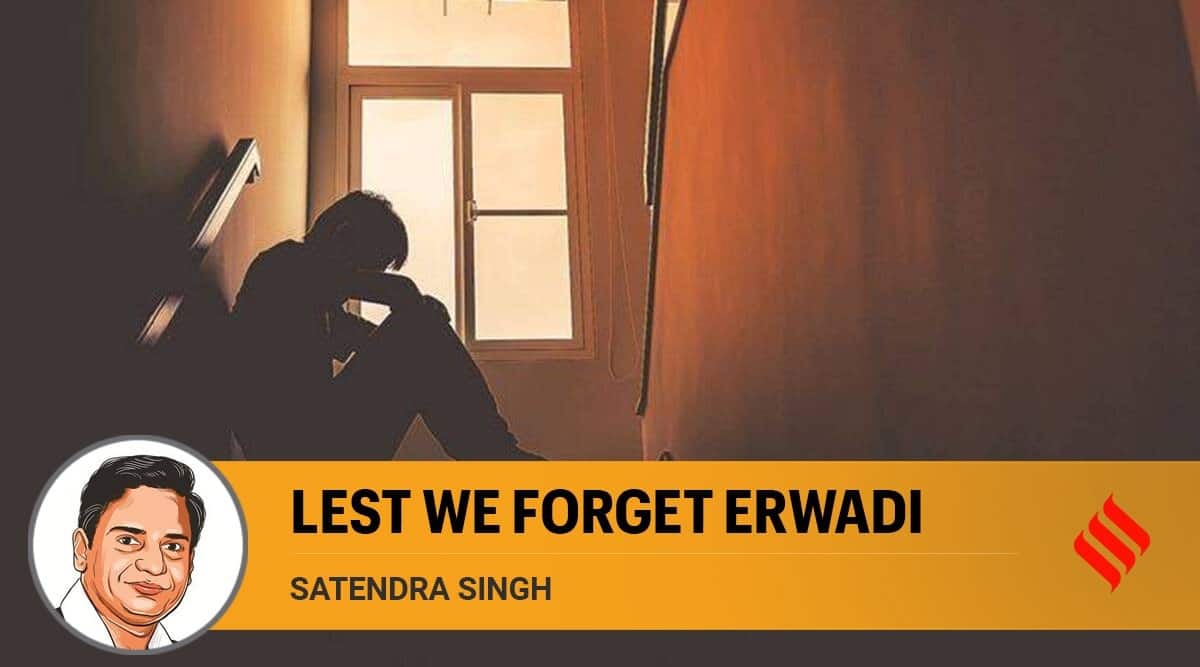 The Erwadi Memorial Day is a day of remembrance and reflection.

Twenty years ago at the crack of dawn on August 6 in Erwadi in Tamil Nadu’s Ramanathapuram, a fire broke out in a thatched shelter, engulfing 43 chained people who had psychosocial disabilities. Their heart-breaking screams for aid were promptly disregarded as the habitual nuisance of the “mentally ill”. Twenty-five chained human beings with psychosocial disabilities burned to death and three more succumbed to their wounds later.

According to People’s Watch Tamil Nadu, the National Human Rights Commission (NHRC) was notified of the inhuman conditions at the Badhusa Mental Health Home, a private mental institution run by one Mohaideen Basha in September 2000. Such private asylums survive because of their close proximity to faith-based healing centres — Erwadi dargah in this case. Because mental health conditions carry a high stigma, caregivers flock to these faith-based facilities in the hopes of finding a cure. Private players take advantage of their vulnerabilities, forcing such persons with psychosocial issues to be grouped together and chained in these shelters. Had the government and NHRC acted in time, the Erwadi tragedy could have been prevented.

Despite ratifying the Convention on the Rights of Persons with Disabilities (CRPD) in 2007, the enactment of the Rights of Persons with Disabilities Act in 2016 as well as the Mental Healthcare Act (MHCA) in 2017, states have failed to uphold the human rights of people with disabilities in general and those with psychosocial and intellectual disabilities in particular. On the 70th anniversary of Independence in 2016, I was forced to tweet about the plight of mentally ill people who were stripped of their dignity and kept naked at the government-run Behrampore mental hospital in West Bengal. No one bothered to look into the plight of chained mentally ill people in another faith-based asylum in Badaun in Uttar Pradesh, where the police force had been asked to search for missing buffaloes and dogs of political leaders. Chaining in any way or form is outlawed under Section 95 of the MHCA. But a lawyer had to plead the case in the Supreme Court to secure the release of those detained in Badaun. In March this year, when the World Federation for Mental Health was deciding on the theme for the 2021 World Mental Health Day campaign, the media highlighted the shocking story of a 45-year-old man in Pokhran, Jaisalmer, who had been chained in a cattle shelter under the open sky for the last 18 years. It is ironic that the theme for 2021 is “Mental Health in an Unequal World”.

These stories demonstrate the devaluation of the lives of the disabled. Countries like Switzerland and Spain have moved out disabled people living in institutions during the Covid pandemic. The United States and Chile framed specific guidelines for the homeless with disabilities. The UK government released prisoners with disabilities who had less than two months to complete their sentence. While such practices were being undertaken around the world to protect vulnerable populations, activists and advocates of the rights of disabled people were pleading with the government in India to provide reasonable accommodations to people with disabilities in prison – G N Saibaba, the late Father Stan Swamy, Shiv Kumar. An elderly tribal rights activist, a central university professor, and a youth with disability were only asking for a sipper, medication and spectacles – perfectly reasonable requests under the law of the land. Eleanor Roosevelt, one of the architects of the Universal Declaration of Human Rights had famously said “Where, after all, do universal human rights begin? In small places, close to home — so close and so small that they cannot be seen on any maps of the world. Unless these rights have meaning there, they have little meaning anywhere.”

The Erwadi Memorial Day is a day of remembrance and reflection. A day to ponder on the lessons acquired from the Erwadi catastrophe. Unless we implement the law in letter and spirit, the Global Mental Health Movement will remain a mere buzzword and the CRPD-reliant MHCA will remain a law only on paper. There is something seriously wrong with our system if it takes the Supreme Court’s intervention to provide dignity to people with psychosocial disabilities, or if, despite repeated appeals by a centenarian woman with age-related disabilities, the government in India’s capital is unable to comply with her request for home vaccination. Protecting the human rights of every person would be the best homage to the memory of the chained human beings at Erwadi who were burnt to death. No life is worthless, and we, as health professionals, educators, and policymakers, must work to ensure that the human rights approach to disability is integrated into mental health systems, education, law, and bureaucracy and that we move away from pathologisation, segregation, and a charity-based approach.

This column first appeared in the print edition on August 10, 2021 under the title ‘Lest we forget Erwadi’. The writer teaches at University College of Medical Sciences, Delhi, and is a disability rights activist. Views are personal

The importance of the Gulf in shaping the geopolitics of Afghanistan