Time To Look At Teesta

Delhi must now prioritise settling the water-sharing issue with Dhaka Having resolved the longstanding issue of enclaves during the prime minister’s recent visit to Bangladesh, New Delhi has to focus now on other bilateral issues, the most contentious one being the sharing of Teesta waters. Though the PM’s visit has significantly contributed to removing some of the mistrust that plagued India-Bangladesh relations, a strong sense of disappointment is evident in the local media about the failure to make a breakthrough on water-sharing.

Sikkim has constructed some hydro-power projects across the Teesta, but these do not cause any impact on the flow downstream. However, there are two irrigation projects on the Teesta, a barrage at Gajoldoba in West Bengal and another at Dalia in Bangladesh, which draw water from the river to meet irrigation needs. The dispute about Teesta waters arose mainly because of the shortage of water during the dry months.

Since 1972, Bangladesh has been insisting that a 50 per cent share of Teesta waters be made available to the lower riparian country to meet its requirements. In July 1983, an “understanding” on an ad hoc sharing of waters was reached to help Bangladesh get financial assistance for constructing the Dalia barrage. According to this, Bangladesh would get a share of 36 per cent of the lean season flows and India 39 per cent, while the remaining 25 per cent would remain unallocated pending further discussion.

India has been examining many parameters for arriving at a workable solution. A possible option considered was that — since the regeneration of flow in the river channel between the Gajoldoba and Dalia barrages is about 25 per cent, which would be available at the downstream barrage — the additional 25 per cent demanded by Bangladesh could be released by West Bengal from the upstream barrage. But the state had its own compulsions for meeting irrigation needs as the summer flows are generally erratic. Hence, West Bengal did not want to commit to releasing water from the upstream barrage, at the cost of its major project envisaging the irrigation of 9.22 lakh hectares in the ultimate stage. Thus, the water-sharing arrangement got embroiled in domestic hydro-politics, stalling further action to find an acceptable solution to the dispute.

It is apparent that to make Teesta water-sharing a reality, there is a need to augment the river flows during the non-monsoon months, without which West Bengal would not allow further discussion on the subject. The deficit in flows can be met by the transfer of water from other water-endowed basins. In this connection, the proposals made in the Indian River Linking (IRL) project could be considered. The Manas-Sankosh-Teesta-Ganga (MSTG) link canal is one of the links proposed under the Himalayan component of the IRL. It envisages diversion of the surplus waters of the Manas and Sankosh rivers to the Teesta, Ganga and beyond, to meet the requirements of water-deficit areas. By making suitable provisions in the link canal, it should be possible to release the required water into the Teesta during the summer to augment river flows, thus meeting the requirements being proposed for water-sharing with Bangladesh.

It would be of interest to note here that while the IRL project was being deliberated on by India, Bangladesh had been raising objections, stating that it would affect water availability downstream. Since India would be augmenting the Teesta flows from the IRL project, to counter Bangladesh’s objection, we could also make provisions in the MSTG canal to augment river flows in the Ganga in a similar way. It would then be possible to convince our neighbour that the project would be a win-win for both countries.

The Centre must, therefore, act fast and expedite the implementation of the proposed MSTG link.

The writer is former member-secretary, INCID, Ministry of Water Resources 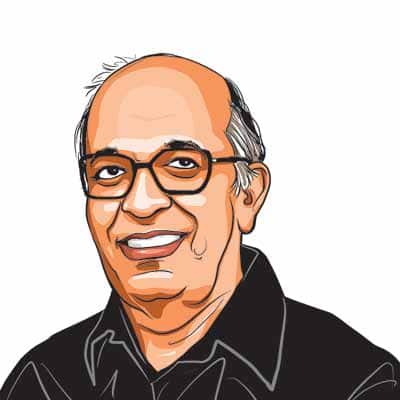