This transaction is still incomplete Earlier this month, the ministry of finance announced that over 50 million new bank accounts have been opened and 17 million debit cards issued since the launch of a bold new plan to grant financial access to the poor. Prime Minister Narendra Modi announced this initiative, called the Pradhan Mantri Jan Dhan Yojana (PMJDY), in a speech in August. Its ultimate goal is to reach 150 million unbanked rural poor people, giving them formal accounts that come with automatic life insurance, among other benefits, and can serve as destinations for payments from the MGNREGS and other government schemes. It is the most high-profile, and possibly the largest, campaign for financial inclusion in recent memory, and it is admirable in its aim to deliver much-needed services to the rural poor.

On October 7, a few days after releasing those figures, Modi sent an email to bank officers and staff congratulating them on their success so far, but also warning them that the “journey is bound to become more difficult”.

This is almost certainly true. Opening accounts and issuing cards create impressive numbers but amount to little more than creating computer files and encoding bits of plastic. It is when money starts to flow in and out of those accounts, often at the hands of public and private agents with their own set of motivations, concerns and incentives, that the real work begins. We are a team of researchers who, for the past year and a half, have partnered with the government of an Indian state to study the rollout of an ambitious regional financial inclusion programme, the goal of which is to give poor rural households bank accounts and local access to small bank branches staffed by single agents. For the past year, we have monitored 199 of these mini-branches and conducted a survey of over 15,000 households (26,000 individuals) living in their catchment areas. The study is underway, and our specific goal is to measure the effect on women’s empowerment. Meanwhile, we have witnessed up close numerous ways in which the regional initiative has failed, and the kinds of hurdles the PMJDY will have to clear if it is to successfully improve the financial lives of the rural poor. We have some insights that may be valuable in the implementation of the national scheme.

First, it is crucial to structure incentives so that all those involved in implementing the PMJDY, right down the chain of command, are motivated to achieve universal financial inclusion. In our case, the high-level bank management was committed to creating mini-branches and opening accounts, but middle managers had little reason to comply: their resources were stretched and they had limited power to monitor the branches. The branch agents themselves complained of low pay and often had second jobs.

As a result, the branches functioned poorly: our audits show that 10-20 per cent of branches generally were not open, and a further 14 per cent were open fewer than the required five days per week. A convoluted chain of accountability meant that when problems arose, bank officials and the firms operating the mini-branches would pass the responsibility back and forth. All this likely arises from the low profitability of the target customer — an aspect the national scheme will have to face. Many of these problems are avoidable if compensation schemes and monitoring mechanisms are designed with a clear eye on the need to align incentives as a means to increasing efficiency and preventing leakage.

Second, it is essential to provide financial education — and the right kind — to recipients of the new programme. Vast numbers of
India’s unbanked live in rural areas, are financially and functionally illiterate, and have little experience with technology. In our study, electronic MGNREGS wage payments are meant to go directly to the poor. Yet, we have seen that recipients often assume that the village leader needs to mediate the process, as was the case under the previous paper-based system. Among households who claimed to have at least one bank account, over a third reported still receiving MGNREGS wages in cash directly from a village leader. This opens the system to abuse —
if poor households are unaware of the rules, they can easily be exploited by higher-ups.

This initiative calls for a strategic approach to determine exactly what kind of training can effectively engage the newly banked with the formal financial system and give them full and independent ownership of their financial futures. Further, in implementing the PMJDY, the government should establish a clear, independent system of redress, ensuring citizens can hold agents and officials accountable.

Third, in rolling out its national plan, the government must anticipate technical breakdowns. In our experience, although the state-level government and bank leadership acknowledged that server capacity might be a problem, they found it difficult to make a plan for addressing delays, assigning accountability and using incentives or penalties to motivate fast repair. In some of the sign-up drives we held in villages, mini-branches were only able to open one to two accounts per eight-hour day due to connectivity issues and server delays. For villagers who remain sceptical of the value of having a bank account, such delays may cause them to abandon the formal financial system.

Clearly, the national government should do its best setting up the technology for the PMJDY scheme, especially in rural areas with low connectivity. But beyond that, it must create contingency plans and design accountability. Also, it should consider exploiting networks already in place. In his Independence Day speech, Modi said, “There are millions of families who have mobile phones but no bank accounts. We have to change this scenario.” Perhaps the way to change this is by leveraging the vast mobile phone network itself. We have seen in Africa how mobile phones can be portals for bank accounts; India should explore and evaluate the best ways to utilise mobile phone service providers to grant users access to payments and account information.

Finally, the Indian government, and the media and public, should think about how best to measure success. Fifty million new bank accounts sounds like a lot, but in our experience, a significant number of accounts lie dormant or are only used occasionally to receive government benefit payments. A more telling number, and one the government and regulators should make available, is the number of accounts active a year from now, and five years from now, and the extent to which they are used. This will give us an idea if the government is spreading financial inclusion and the quality-of-life benefits that entails, or just pieces of plastic.

Field is at Duke University. Moore is at Evidence for Policy Design (EPoD) India. Pande is at EPoD and Harvard University. Rigol is at MIT and Schaner at Dartmouth. 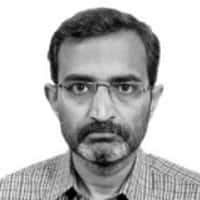 S V SrinivasThe writer is senior fellow at the Centre for the Study of Culture and... read more