This Op-Ed Is Dead

In its place is a new dogma that allows everyone to weigh in on everything. 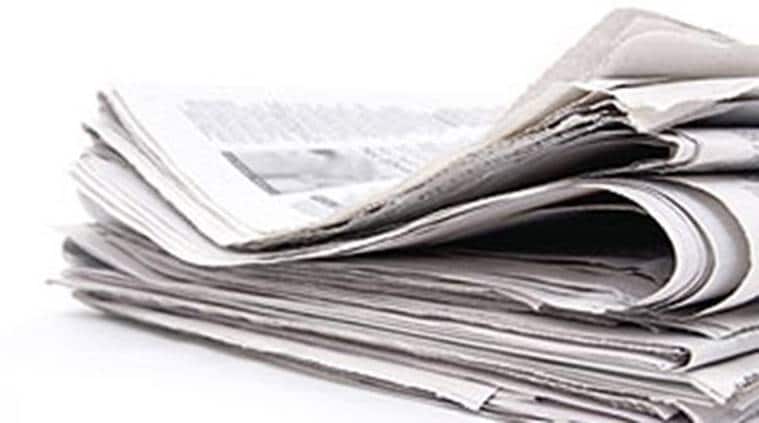 Truth is no longer arrived at through evidence carefully marshalled, premises examined and arguments tested.

“Fools admire and love those things they see hidden in verses turned all upside down”, wrote Titius Lucretius Carus, “and take for truth what sweetly strokes the ears”. Looking out at the political dissension, slave revolts, and riots that marked the death of the Roman republic, the poet saw people cringing in fear, dreading divine wrath. His answer was to explain the nature of matter. There’s little chance a 7,500-line essay explaining atomic physics and philosophy, the twin pillars of Lucretius’ De Rerum Natura, would be published today. There is even less chance that it would be read.

Lucretius —- and the tradition of reasoned opinion he represented — have been rendered redundant by the profound intellectual changes sweeping the world. In its place, we are seeing the rise of New Dogma: A system of knowledge in which legitimacy derives from I. Truth, in other words, has become a personal aesthetic preference.

Evidence of the rise of New Dogma has emerged all around us: Two eminent commentators calling each other “donkey”, “idiot”, and, more colourfully, “b*c*” during a debate on India’s most-watched television network; cows that exhale oxygen; an opposition politician claiming Prime Minister Narendra Modi was importing Taiwanese mushrooms to whiten his complexion; the prime minister asserting his predecessor was plotting with Pakistan.

Truth is no longer arrived at through evidence carefully marshalled, premises examined and arguments tested. The system of knowledge that came to us through pamphlets, books, art and newspaper op-ed pages ever since the Enlightenment has begun to disintegrate.

The key to New Dogma is the ideological proposition that everyone is entitled to their opinions. This democratic core distinguishes it from earlier forms of dogma, which drew legitimacy from god or political power. Technology has facilitated its triumph. New Dogma ideas gain legitimacy through iteration, not by gatekeepers like op-ed editors or institutions like peer-review. New Dogma allows everyone to weigh in on everything — poets on gene science, accountants on nuclear physics, journalists on urban design. For power, New Dogma is of particular use. Complex ethical choices — the need for economic justice, the role of secularism, the value of individual rights — are reduced to matters of taste. Both the political right and left have embraced the New Dogma, as each withdraws into the intellectual ghettos created by social media.

New Dogma rests on the well-established idea that statements of fact, and statements of opinion have separate value. There is, the argument goes, reality — that is, statements that can be proven to be true — and then representations of that reality, or beliefs.

Examined closely, of course, the distinction between fact and opinion is less clear than it appears at first. I might state for a fact that there is milk the fridge, and opine that it is enough for the children. There might, however, be no milk — but then children might not want any. In this case, fact and opinion shift around. Ferocious contestation, similarly, will greet the claims about murder being only wrong if people believe it to be so; many would see it as objectively wrong. God’s existence can be asserted to be a fact, or not, depending on who is making the claim. Put simply, both facts and opinions can be either successful or unsuccessful in representing reality: There’s just no way to assess their truth without engaging in the hard work of critically evaluating the evidence.

For generations, institutions like the book or the op-ed page have guided public culture through the process of assessing opinions and facts. This old order, though, involved respect for hierarchy, deference to knowledge and hard work. New Dogma has killed these values, and the opinion essay — like this one — is dead.

“There are mirrors”, the scholar Umberto Eco wrote of his visit to an amusement park, “so on your right you see Dracula raising the lid of a tomb, and on the left your own face reflected next to Dracula’s, while at times there is the glimmering figure of Jack the Ripper or of Jesus, duplicated by an astute play of corners, curves, and perspective, until it is hard to decide which side is reality and which illusion”. For the age of New Dogma, there is this metaphor: The disembodied heads talking at the same time on prime time news, each distinguished from the other only by its volume, none addressing the other. Each of us may listen to them, or not, and choose the particular illusion that, as Lucretius wrote, “sweetly strokes the ear”. In 2018, when we are freed of the burden of reasoned choice: Happy New Year.