The tone of this government’s argument for the National Judicial Appointments Commission recalls how a former regime browbeat the judiciary in the run-up to the Emergency. 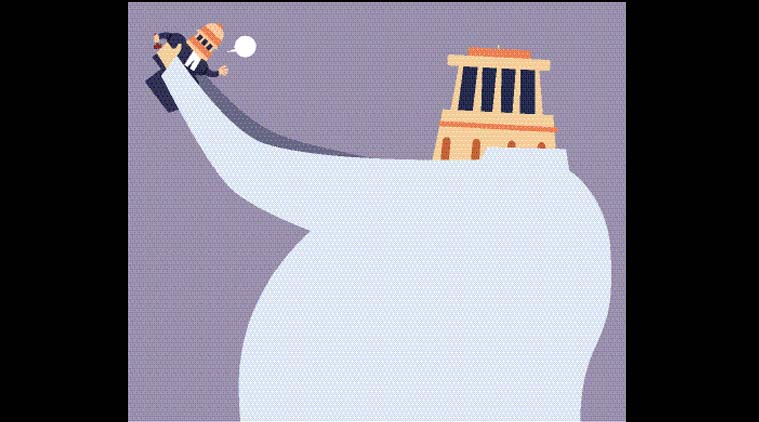 The tone and tenor of Attorney General Mukul Rohatgi, when he made his arguments in support of the National Judicial Appointments Commission, were not only unbefitting of the post but reflected the downgrading of the office. (Illustration by: C R Sasikumar)

The formal declaration of the Emergency was preceded by a period when the government, bit by bit, in a sinister manner, eroded the independence of the judiciary. The separation of powers, on which the basic structure of the Constitution rests, is firm in the fundamental formation of both judicial autonomy and independence. It is this judicial integrity, autonomy and independence that are under assault and severe threat today.

The tone and tenor of Attorney General Mukul Rohatgi when he made his arguments in support of the National Judicial Appointments Commission were not only unbefitting of the post but reflected the downgrading of the office, which has been reduced, by successive governments, from a constitutional authority qualified to advise the court (even if this militated against an act of the government) to a defence counsel, defending the policies of and individuals in the government.

So, among other things, Rohatgi said Parliament is supreme in our system and even the Supreme Court needs to bow before it. How inherently wrong this interpretation is. The appointment of judges, their elevation to the highest position as chief justices of high courts and chief justice of India, their transfer among high courts — all these moves manifest the inherent powers that must both be autonomous and independent. Appointments and transfers cannot be at the behest of a government, though, in a democracy, the government and opposition must play a significant role. That the present system requires correction is true; that the appointments of judges needs to be open to scrutiny and tests of representation is also valid; but the new path must answer to tests of transparency and accountability, not further obfuscate them.

Once before, between 1973 and the actual declaration of the Emergency, we experienced the brute overreach of executive power, manifest not just in the taking of political prisoners but in a move to manipulate the Supreme Court and, through it, India’s higher judiciary. On April 25, 1973, the government had, in a shocking move, superseded for appointment as chief justice of India the three seniormost judges, Justices J.M. Shelat, K.S. Hegde and A.N. Grover, and appointed Justice A.N. Ray. The reaction from the Bar was swift and instantaneous.

In Bar associations across the country the outrage was unanimous, and the expression of it, courageous.

Over the last few months, the country has been witness to the face-off between the government and the Supreme Court. In the next few weeks will come a decision from the court that will, whichever way it goes, have a lasting impact. There has been little substance and even less grace in the attorney general’s arguments. That our higher judiciary is facing a serious issue of credibility — a result of both perception and reality — makes this face-off even more sinister. The regime is riding high on this perception, never mind the fact that it represents a worldview that has shown, through past and present conduct, scant respect for fundamental rights or the Constitution.

Given this complex scenario, it becomes necessary to look closely at the present attempt (even more crass than in the 1970s) of the executive to browbeat our judiciary. We need to go back to the May of 1973, when a historic protest meeting was held in Bombay. The galaxy of speakers that addressed the meeting included M. Hidayatullah, J.C. Shah, C.K. Daphtary, H.V.R. Iyengar, K. Subba

Rao and, of course, N.A. Palkhivala. My grandfather, M.C. Setalvad, India’s first attorney general, was among the speakers. I was 11 at the time.

The speeches were inspiring and erudite. (They were reproduced later in a booklet, A Judiciary Made to Measure, published by Palkhivala.) Setalvad and Palkhivala had both reacted sharply to senior lawyer and Union minister M. Kumaramangalam’s speech in Parliament defending the government’s action. There is a chilling similarity between what was said then and what Rohatgi is saying today.

What could be the consequences of such a move? According to Setalvad: “Though the observations which were made in the Lok Sabha by Kumaramangalam refer to the office of the chief justice, they would apply all the way down to all judicial appointments. Every judge of the Supreme Court when making a decision in which government policy is in question will have to think of his prospects of being appointed the chief justice and bear in mind what the philosophy of the government of the day is… Nay, it will travel down further. Take the judges of the high court. Naturally and rightly, they all aspire, as soon as they grow senior, to be selected for the highest court in the land. But they must bear in mind that in order to be so selected they must also interpret the Constitution, not as they think it requires to be interpreted, but according to the philosophy of the government in power at the Centre.”

In those dark days, the silver lining was the audible protest from the Bar. Today, when we await a verdict on which the future of India could hinge, a studied silence, by and large, prevails. Faced with a regime defined by its credo of vendetta-driven governance, the India that was built on the wisdom of men and women who had, through sweat, principles and toil, fought against a colonial oppressor, needs to give voice to a spirited resistance that reaffirms its fundamentals.

The writer is a civil rights activist and journalist.

Food Review: A new eatery in west Delhi is a tongue-twisting minefield of Indian comfort foods 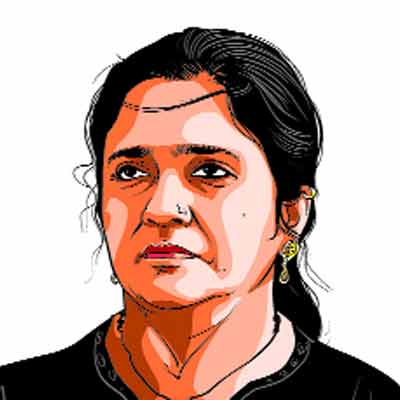