Vietnam PM’s visit is an opportunity to explore shared learnings in the social sector. 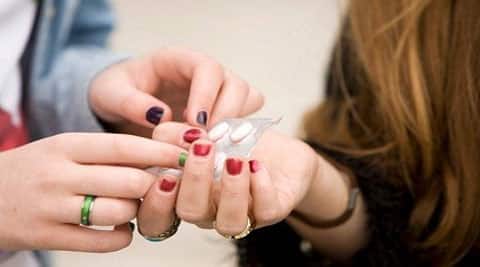 Vietnam fares much better on health indicators than India and this affects the HDI ranking. Life expectancy at birth is 76 years in Vietnam as against 66 in India.

Few residents of New Delhi may realise the political significance of naming a main road in the capital city after the legendary Ho Chi Minh. Uncle Ho is to Vietnam what Chacha Nehru is to us. Historical ties between India and Vietnam go back to the fourth century, when wars with the Kingdom of Funan in Cambodia and the acquisition of Funanese territory led to the infusion of Indian culture into Cham society. Sanskrit was then adopted as a scholarly language, and Hinduism, especially Shaivism, became the state religion. Even today, the majority of Chams who reside in Vietnam are Hindus. Nehru’s visit to Vietnam in 1954 and Ho Chi Minh’s visit to India in 1959 further reinforced Vietnam’s solidarity with India.

India and Vietnam share many things in common. Both introduced economic reforms around the same time. The Vietnam Communist Party officially announced its policy of “doi moi” in 1986 to facilitate the transition from a centrally planned economy to a socialist-oriented market economy. Doi moi supplemented economic planning with market incentives to encourage private businesses and foreign investments. India embarked on its economic reforms a few years later. What have been the outcomes?

Economic reforms have helped boost incomes in both countries. Between 1990-2012, GDP per capita grew, on average, by nearly 6 per cent annually in Vietnam and 5 per cent in India. By 2013, Vietnam’s per capita gross national income in PPP international dollars was $ 5,030. India’s was slightly higher at $ 5,350. Economic expansion has helped reduce income poverty to a large extent in both countries. The proportion of the population below the poverty line in Vietnam fell from nearly 60 per cent in the early 1990s to 13 per cent in 2011. In India, it fell from 45 per cent in 1993-94 to 22 per cent in 2011-12.

Both India and Vietnam fall in the rank of medium human development countries. Vietnam ranks 121 out of 187 countries, and India 135 on the UNDP human development index. The two countries are not that different in terms of income and educational attainment. However, Vietnam fares much better on health indicators than India and this affects the HDI ranking. Life expectancy at birth is 76 years in Vietnam as against 66 in India. The under-five mortality rate is 23 in Vietnam and 56 in India. Vietnam reports a maternal mortality rate of 67 per 1,00,000 live births and India of 178. Only 2 per cent of children under five are severely underweight in Vietnam as against 16 per cent in India.

What explains the differences in health outcomes? The answer is quite straightforward. Historically, Vietnam has given much more importance to healthcare than India. The Communist Party of Vietnam made a commitment to health-sector reforms in the 1920s and invested in a publicly financed healthcare system. As a result, Vietnam has an active and responsible public sector-led healthcare system that prioritises primary healthcare. Immunisation coverage is almost universal in Vietnam. For instance, the DPT3 coverage is close to 97 per cent as against 72 per cent in India. Seventy-five per cent of the population in Vietnam has access to improved sanitation facilities; the proportion is 35 per cent in India. Close to 93 per cent of mothers in Vietnam give birth in institutions and have access to skilled birth attendants. In India, the proportion has barely crossed 50 per cent.

The Vietnamese are reasonably satisfied with the public provision of healthcare. According to a recent Citizen’s Report Card on Public Health Services prepared by the government of Vietnam and UNICEF, 92 per cent of respondents said that their first choice for medical check-up when they were sick was the community health clinic. Close to 80 per cent were satisfied with the services provided. Almost 74 per cent reported that health workers were attentive and caring. But this is not to say that all is well with Vietnam’s healthcare system. As in India, access is far from universal and problems of affordability and quality persist. Public hospitals lack equipment and infrastructure, doctors are reluctant to work in rural areas, corruption is common, and the inequities are striking.

In both countries, rapid economic growth has been accompanied by rising inequalities in income and opportunities. In Vietnam, for instance, 53 ethnic minority groups account for 15 per cent of the country’s population and nearly 50 per cent of the poor. Most of the minority communities reside in more isolated and less productive upland regions. Similarly, rapid urbanisation in Vietnam, like in India, has brought with it problems of urban poverty. Though Vietnam reports smaller gender disparities, aversion to daughters, also common in India, is worrying. Vietnam’s sex ratio at birth rose from 106 boys per 100 girls in 2000 to almost 114 boys per 100 girls in 2013. An important factor for this alarming increase, according to UNFPA, is the steadily increasing access to affordable sex-determination and sex-selection technologies.

Looking ahead, both countries stand to gain considerably by further advancing strategic geopolitical, economic and defence ties. There is also much to be gained by promoting cultural and knowledge partnerships. Crucial for all this will be the furtherance of human development.

The writer is director of the International Centre for Human Development, New Delhi
express@expressindia.com