His new Afghan strategy could be a game-changer for South Asia. There is an opportunity for India 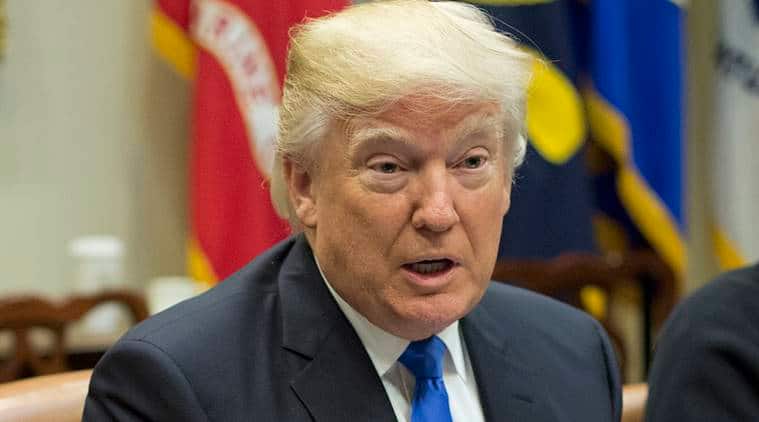 Although India has been quick to welcome President Donald Trump’s new assertive policy in Afghanistan, sceptics in Delhi would wonder if Washington has the political will to carry through the promised pressure on Pakistan to stop hosting terror sanctuaries on its soil. For Delhi, the question is not whether Trump’s Afghanistan strategy is a glass half-full or half-empty. It is about seizing the opportunity opened up by his new policy to raise India’s profile in Afghanistan.

Within hours of his speech earlier this week outlining a new American approach to Afghanistan, Delhi welcomed “President Trump’s determination to enhance efforts to overcome the challenges facing Afghanistan and confronting issues of safe havens and other forms of cross-border support enjoyed by terrorists.” In his speech Trump had declared that the US “can no longer be silent about Pakistan’s safe havens for terrorist organisations, the Taliban and other groups that pose a threat to the region and beyond.” He demanded that Pakistan’s support to cross-border terror “will have to change” and “change immediately”.

On Trump’s affirmation that India ought to do more, Delhi pointed to India’s significant past efforts to promote economic reconstruction in Afghanistan. It added that India “will continue these efforts, including in partnership with other countries”.

India’s positive response does not mean that Delhi is unaware of the enduring impulses in Washington to forgive Rawalpindi’s transgressions in Afghanistan. Whatever the US president might say, there are large sections of the US deep state that caution against a radical shift in US policy towards Pakistan. Few countries have gotten away so long with what Trump has accused Pakistan of doing: Pakistan shelters “the same organisations that try every single day to kill our people. We have been paying Pakistan billions and billions of dollars at the same time they are housing the very terrorists we are fighting.”

If the US has tolerated this for the last 17 years, Delhi has good reason to be cautious in its assessment of what the Trump Administration can compel the Pakistan Army to do today. In any case, what we heard is a mere speech. Turning the words of that speech into actions of the ground will not be easy. Delhi has no reason to hold its breath. While scepticism is healthy, cynicism that ignores the changes taking place in the US regional policy is not. After all, Trump has said something about Pakistan in public that his predecessors were not willing to. If the previous administration acquiesced in Pakistan’s double dealing on terror, Trump has threatened Rawalpindi with consequences if it does not change its behaviour.

It is equally important for Delhi to note the shift in Washington’s thinking on the Indian role in Afghanistan. The Bush Administration’s strategic warmth towards India was expansive. It wanted to help accelerate India’s rise and invested enormous political capital in getting the world to lift a four decades-old nuclear blockade against Delhi. Yet when it came to Pakistan and Afghanistan, the Bush Administration drew a red line for India. It cautioned Delhi against too large a role in Afghanistan. The Obama Administration began with the proposition that the answer to Afghanistan might lie in promoting a resolution of Pakistan’s Kashmir dispute with India. It required intensive diplomacy from India to fend off these initiatives.

Delhi must necessarily keep its eyes open for a return of these familiar themes in the US approach to Pakistan. At the same time, India must also appreciate the most important change in US Afghan policy. Until recently, Washington believed that India’s rivalry with Pakistan is part of the problem in Afghanistan. Today Trump might be betting that by invoking a larger Indian role in Afghanistan, he might add to the pressures on Pakistan to cooperate with the US.

Despite all the talk of playing the China card against the US, Pakistan is acutely conscious of the dangers of being treated as a rogue state by the West. Its thundering silence in response to the Trump speech, suggests that Rawalpindi has chosen to avoid, for now, a public argument with Washington.

The Pakistan Army will try and find ways to limit Trump’s fire and fury. It will not be easy, however, for Pakistan to abandon its investments in cross-border terror. It would try and finesse the issue of terror sanctuaries. Rawalpindi will offer some cooperation in countering terror and make new promises to bring the Taliban to the table. It will urge US pressure on India to start talks on Kashmir.

While India must prepare for the possibility of the US slipping back to its old ways on Pakistan, Delhi’s current emphasis must be on taking advantage of the Trump discontinuity in the American policy towards the Subcontinent. A positive Indian approach would involve three elements — economic, security and diplomatic.

For one, India must ramp up its economic diplomacy in Afghanistan to bring immediate benefits to Kabul amidst the deteriorating conditions in the country. Second, Delhi must step up security cooperation with Afghanistan, especially in the training of its police and armed forces and intelligence sharing. Third, on the diplomatic front, India must counter the emerging argument that Trump’s new approach will intensify the “Indo-Pak rivalry” in Afghanistan and the old one that Kashmir holds the key to peace in Afghanistan.

Delhi must remind the world of India’s commitment to regional cooperation with Afghanistan and Pakistan, in an atmosphere free of terrorism. Prime Minister Narendra Modi had articulated this vision in an address to the Afghan parliament on December 25, 2015. Shortly after declaring that Pakistan can be a bridge between India and Afghanistan, the PM had traveled to Lahore on very short notice to wish Prime Minister Nawaz Sharif on his birthday. Pakistan’s army responded by launching a terror attack in Pathankot a few days later.

Trump’s new Afghan strategy could be a potential game-changer for South Asia or a brief exception to the familiar pattern of US-Pak relations. While recognising the potential shadow between Trump’s words and deeds, Delhi must bet on its own activism that can influence future outcomes in Afghanistan.