The three ‘Ms’ of change

States are being upended by the market, Mother Nature and Moore’s law. 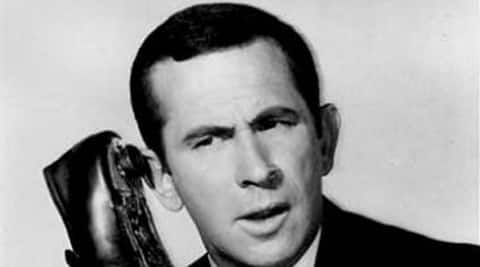 Without the Cold War system to prop them up, it is not so easy anymore for weak states to provide the minimums of security, jobs, health and welfare. Source: AP Photo

States are being upended by the market, Mother Nature and Moore’s law.

In the 1960s, there was a popular sitcom — “Get Smart” — about a hapless secret agent named Maxwell Smart, played by Don Adams. Smart went by the code name “Agent 86.” “Get Smart” famously introduced the shoe phone to American audiences, but the show also introduced something else: its own version of the bipolar world. Do you remember the name of the intelligence agency Maxwell Smart worked for? It was called “Control.” And do you remember the name of Control’s global opponent? It was called “Kaos” — “an international organisation of evil.”

How so? First, we said goodbye to imperialism and colonialism and all their methods of controlling territory. Then we said goodbye to the Cold War alliance system, which propped up many weak and newly independent states with money to build infrastructure and to buy weapons to control their borders and people — because the stability of every square in the global chessboard mattered to Washington and Moscow.

And, lately, we’ve been saying goodbye to top-down, iron-fisted monarchies and autocracies, which have been challenged by massively urbanised, technologically empowered citizens.

So, today, you have three basic systems: order provided by democratic, inclusive governments; order imposed by autocratic exclusivist governments; and ungoverned, or chaotically governed, spaces, where rickety failed states, militias, tribes, pirates and gangs contest one another for control, but there is no single power center to answer the phone — or, if they do, it falls off the wall.

Look around: Boko Haram in Nigeria kidnaps 250 schoolgirls and then disappears into a dark corner of that country. The Islamic State in Iraq and Syria, or ISIS, a ragtag jihadist militia, carves out a caliphate inside Syria and Iraq and boasts on Twitter of beheading opponents. NATO decapitates Libya’s regime and sets loose a tribal-militia war of all against all, which, when combined with the crackup of Chad, spills arms and refugees across African borders, threatening Tunisia and Morocco. Israel has been flooded with more than 50,000 Eritreans and Sudanese refugees, who crossed the Sinai Desert by foot, bus or car looking for work and security in Israel’s “island of order.”

And, just since October, the US has been flooded with more than 50,000 unaccompanied children from Guatemala, El Salvador and Honduras. “They’re fleeing from threats and violence in their home countries,” noted Vox.com, “where things have gotten so bad that many families believe that they have no choice but to send their children on the long, dangerous journey north.”

Why is this happening now? Well, just as I’ve argued that “average is over” for workers, now “average is over for states,” too. Without the Cold War system to prop them up, it is not so easy anymore for weak states to provide the minimums of security, jobs, health and welfare. And thanks to rapid advances in the market (globalisation), Mother Nature (climate change plus ecological destruction) and Moore’s Law (computing power), some states are just blowing up under the pressure.

Yes, we blew up Iraq, but you can’t understand the uprising in Syria unless you understand how a horrendous four-year drought there, coupled with a demographic explosion, undermined its economy.

You can’t understand Egypt’s uprising without linking it to the 2010 global wheat crisis and soaring bread prices, which inspired the anti-Hosni Mubarak chant: “Bread, Freedom, Dignity.” You also can’t understand Egypt’s stress without understanding the challenge that China’s huge labour pool poses in a globalised world to every other low-wage country. Go into a souvenir shop in Cairo, buy a Pyramids ashtray and turn it over. I’ll bet it says, “Made in China.” Today’s globalisation system rewards countries that make their workers and markets efficient enough to take part in global supply chains of goods and services faster than ever — and punishes those who don’t more harshly than ever.

You can’t understand the spread of ISIS or the Arab Spring without the relentless advance in computing and telecom — Moore’s Law — creating so many cheap command-and-control Internet tools that superempower small groups to recruit adherents, challenge existing states and erase borders. In a flat world, people can see faster than ever how far behind they are and organise faster than ever to protest. When technology penetrates more quickly than wealth and opportunity, watch out.

The combined pressures of the market, Mother Nature and Moore’s Law are creating the geopolitical equivalent of climate change, argues Michael Mandelbaum, author of “The Road to Global Prosperity,” and “some familiar species of government can’t survive the stress.”

So, please spare me the “it’s all Obama’s fault.” There are plenty of reasons to criticise Obama, but everything is not about what we do. There are huge forces acting on these countries, and it will take extraordinary collaboration by the whole world of order to contain them.

French photographer churns out series on pehelwans from Varanasi