There is large support for anti-elitist politics in India, but it is not uniformly spread out. 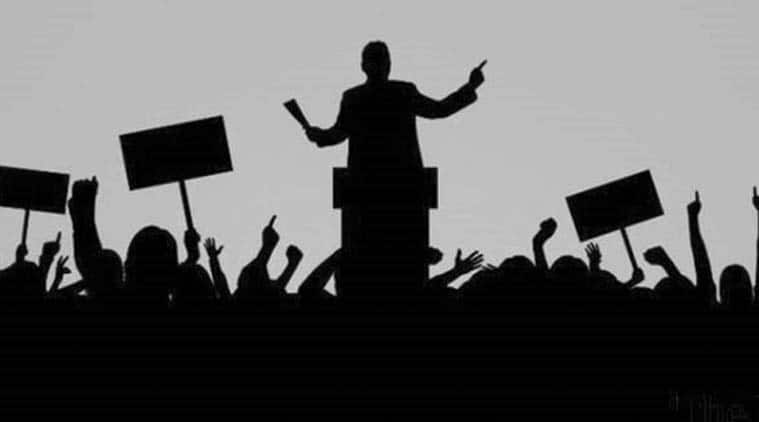 Populism is not a full-blown ideology like liberalism, conservatism or socialism. It is a “thin-centered” discourse rooted in the idea of popular will and is comfortable aligning itself to any ideology that could be broadly appealing to a majority.

In international political circles, Narendra Modi is now widely described as a populist. He is placed broadly in the same category as Turkey’s Recep Erdogan, Hungary’s Viktor Orban, Israel’s Benjamin Netanyahu, the Filipino Rodrigo Duterte and the US’s Donald Trump. These leaders are not exactly alike, but it is now generally argued that they share roughly the same ideology, labelled as right-wing populism or majoritarian nationalism.

In India, populism as a term has generally been used for fiscal handouts for the less privileged — loan waivers, poverty alleviation schemes, etc. But that is not how the term is analysed in political theory. Economic populism is part of a larger concept. In this column, we first briefly lay out what the concept of populism signifies. We then summarise findings from the first-ever mass survey of populism in India, undertaken as part of a joint project between Azim Premji University and Lokniti, titled “Politics and Society Between Elections”.

Populism is not a full-blown ideology like liberalism, conservatism or socialism. It is a “thin-centered” discourse rooted in the idea of popular will and is comfortable aligning itself to any ideology that could be broadly appealing to a majority. Populism is also rampantly anti-elitist. It views the masses as pure and virtuous and the elites as immoral and self-serving who should be overthrown. Hence the argument that populism has a Manichean ethic. It equates democracy with elections and referenda, for they represent popular will. It believes that the non-elected institutions of oversight — the judiciary, press, intelligence agencies, civil society, central banks — which normally constrain democratic governments between elections, must follow electoral verdicts, not their institutionally assigned roles. Being unelected, their autonomy should be curbed, even crushed.

Finally, populism hinges upon charismatic leaders having direct, unmediated access to the masses. Political parties or the press, while necessary, are expected to be subservient to the leader. Social media, providing direct access to the people, is the favourite mode of communication for a populist today.

If popular will is supreme, an inescapable question arises: Who are the people? Typically, populists have two answers to this question. If the poor or the underprivileged are said to be “the people”, populism hitches on to the left, and income redistribution and welfare-oriented policies follow. Contrariwise, if a religious, ethnic or racial majority constitutes “the people”, we get populism that aligns with the right. The latter is hostile to ethnic, religious and racial minorities, and inhospitable to those new migrants, who are different from the majority community. Populism of the right, thus, tends to acquire the form of majoritarian nationalism, unconstrained by minority rights. It is argued that populist leaders listed above, including Modi, belong to this genre.

Does populism have a mass base in India? The survey we mention above, among other things, probed this question. It drew representative state-level samples from Uttar Pradesh, Uttarakhand, Delhi, Punjab, Jammu and Kashmir, Tamil Nadu, Kerala, West Bengal, Assam, Tripura, Mizoram and Nagaland. Twelve other states were covered in the previous two years of the project, but the populism questions were not asked.

The latest round posed two sets of populism questions. The first set was about generic populism: Who is blocking the progress of people like you — elites, minorities, upper castes, migrants?; Is politics ultimately a battle between good and bad, or a compromise between them?; To serve the people better, should elected leaders override the courts? These are standard questions in populism surveys worldwide.

An unweighted average of 48 per cent of the sample said that elites were the main impediments to progress, a rate at least twice as large as any other category. In contrast, only 29 per cent embraced the idea that politics was a war between good and evil, and a mere 22 per cent believed that if necessary, elected politicians should override the courts. There is clearly a base for populism here, but only anti-elitism approaches close to half of those surveyed. We also broke up the data differently. We categorised as “strong populists” all those who answered the three questions in a populist vein; as “moderate populists” all those who answered at least two questions in the affirmative; and as “anti-populists” those who rejected the populist version of all three.

Strong populists were about 10 per cent of the sample, moderate populists 28 per cent, and anti-populists 20 per cent. The heaviest concentrations of the strong and moderate populists were in UP, Punjab, Tamil Nadu, Uttarakhand and Jammu and Kashmir. Kerala was the most anti-populist, reflecting how egalitarian Kerala has already become. The same question in the 1950s and 1960s would have been answered differently there.

Do these data generate inferences about the forthcoming elections? The pointers for UP are noteworthy. In the 2014 parliamentary and 2017 assembly elections, the BJP had polled 40-42 per cent of the vote. In the survey, support for right-wing populism in UP ranges between 40-50 per cent. A BJP-style politics, thus, has developed a solid base in the state.

But, equally, 50-60 per cent of UP does not support such causes. In 2014, presumably, most of this segment was unevenly split between the BSP, SP and Congress. The aggregate vote for the first two, in particular, was equal to the BJP’s vote and, in 2017, higher. If we assume that support for right-wing populism and the BJP vote would largely go together now, and those opposed would gravitate mostly towards the SP-BSP alliance, then we should expect a quite equal electoral battle in UP.

National security and unemployment, however, complicate the picture. The survey was held before Pulwama, whose impact it could not have assessed. Pulwama and Balakot have almost certainly aided the BJP. But the survey also found that for UP respondents, unemployment caused the gravest concern, which can’t possibly help the BJP. Unless the national security boost is huge, UP elections are unlikely to be one-sided, as they were in 2014.