The sting of Zika 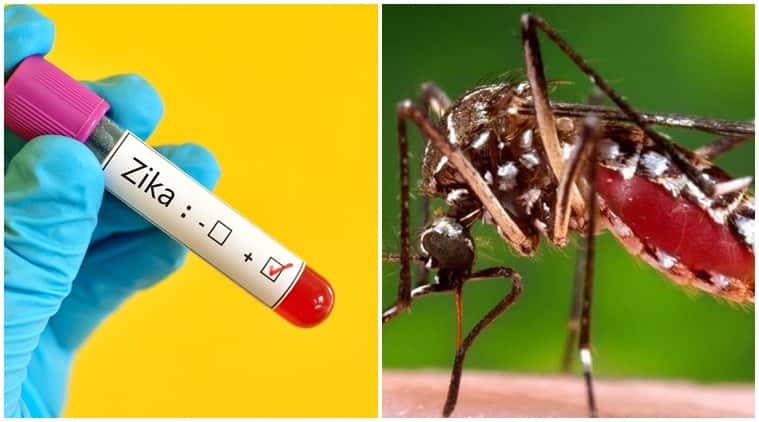 As taxpayers who supported the surveillance, we also have a right to know why the information on the Zika cases reached us through an international agency, and not through our own health ministry?

The manner in which we learnt about the Zika virus cases being found in India was so odd that we must demand more information. The taxpayer’s money is spent on surveillance and routine disease data collection activities in India. This data is so poor though that we depend on estimates and extrapolations and the data collected through hard work is hardly ever used in real time.

This is what was illustrated by the Zika virus activities where municipal authorities in Ahmedabad were unaware of the results of the Acute Febrile Illness surveillance. This fact itself smacks of either a very poor understanding of disease control principles, or, more likely, an uncoordinated, under-staffed and dysfunctional system.

Public resources were used for establishing the surveillance system. Thousands of samples were collected, screened and then sent for confirmatory testing, all of which costs money. The purpose of this expenditure was and is to provide timely information to local agencies, so that they can implement mosquito-control measures and stop Zika virus transmissions. Being informed about Zika cases months later is not something we should congratulate
ourselves on — it reflects a waste of surveillance activities and the public resources invested in setting these up.

After paying for the surveillance, it is also the right of the public across the country to know what happened after the cases were identified. Were epidemiological investigations conducted in the families and neighbourhoods from where the cases were reported in order to check if there were additional cases in the area? Was special care taken for pregnant women in that area?

As taxpayers who supported the surveillance, we also have a right to know why the information on the Zika cases reached us through an international agency, and not through our own health ministry? Was this because there was a long turnover period for processing samples, so that by the time the results were known, the patients had recovered and resumed routine activities?

If this were the case, we can ask whether epidemiological protocols were available to support laboratory surveillance? Could the reason for withholding information have been the health ministry’s past experience with poor health communication and its disastrous consequences? The so-called plague outbreak in Surat in 1994 created major panic amongst the public, having a catastrophic impact on the country’s economy.

Communication strategies were strengthened during the avian influenza outbreak, and the so-called swine flu pandemic. But withholding information in order to prevent the population from panicking goes against the cardinal rule of public health, which states that people should be empowered with knowledge, so that they can protect themselves. Public surveillance, which informs and seeks the cooperation of patients, their families and the country at large could have been a better form of engagement.

The taxpayer’s money routinely goes to fund data collection for major diseases in the country. There are multiple disease control programmes and collecting data is a major activity, sometimes requiring heroic inputs from grassroot-level workers. The purpose of data is for planning health activities; how these large volumes of data are used for routine decision-making remains a mystery, although the data does appear, a year or two later, in the form of reports.

There is an Integrated Disease Surveillance Project. What data it integrates is difficult to decipher, and what its role is in making data available for use by busy medical officers remains equally unfathomable.
Data collection uses taxpayers’ money, and when the data is not used for improving people’s health, this is a waste of public funds. Incomplete or poorly collected data is even more damaging as it can give wrong information for health planning activities.

The root of this malaise is the inability of successive governments to demonstrate strong public health governance and leadership. The health system is fragmented into the public and private sectors, further fragmented by practitioners of modern and traditional medicine. Medical associations and pharmaceutical companies override public voices trying to make sense of exorbitant medical bills. Government stewardship of this whole system is essential, to listen, regulate and bring about a cohesive health service that can provide care to the people. India has enough technical resources and expertise. But the critical role of the government in demonstrating leadership and guiding disharmonious participants is essential.

A review of disease surveillance systems is required, not only to make this entire system relevant, but also to appreciate the hard work of data collection which is done by lower-level functionaries. Government stewardship should correct poor compliance from private sector healthcare providers. Instead of the lacklustre initiatives that have been implemented, a strong and decisive health ministry can convince the private sector on the need to join the national effort.

It is not easy to track a virus in a billion-plus population — but not acting after obtaining information is a criminal waste of resources. It reflects the health ministry’s failure to execute a key public health function — protecting the population from health threats. The Zika surveillance sadly takes us back to the same old situation. Despite having all the competencies and capabilities, we find ourselves ready to be lectured by international agencies on the fact that the sole purpose of surveillance and disease data collection is for action. The goal is not to haphazardly collect data, but to use this data for protecting the health of the population.