The silencing of Murugan

How the Hindu far right conspired with caste-based assertion to break his spirit. 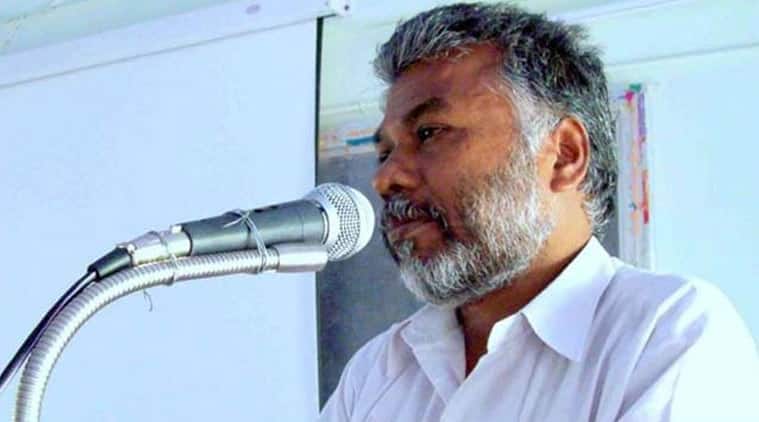 It has been a week now since writer Perumal Murugan chose silence and literary death. Protests continue in Tamil Nadu — some directed at local government officials and the police — for allowing organisations of the intermediate Kongu Vellala or Gounder caste to threaten and intimidate Murugan into silence. Some protests are directed at Hindu ideologues of the far right, including the local RSS functionaries who started it all. Left groups, Dalit groups, anti-caste groups, writers, journalists, teachers and lawyers have been at the forefront of these protests. Rather late in the day, the DMK upheld Murugan’s right to speech, invoking a long history of Tamil “tolerance”, a virtue that is in short supply at the moment for a host of reasons.

For the past decade and more, caste organisations claiming to serve the interests of Gounders have been active in the Tamil political context. They speak to economic anxiety and discontent in the countryside and to the aspirational and disgruntled classes in small towns. Dryland peasant farmers have borne the brunt of the crisis in agriculture, now in its third decade, and they are easily persuaded to view their problems in terms of what is owed to their caste. M. Vijayabaskar, noted social scientist, points out that caste organisations set out to transcend class divides in two ways. They express a “politics of neglect” and amelioration, focused on peasant wrongs, quotas in education, and better employment prospects. They also use a rhetoric of caste that takes issue with state “appeasement” of Dalits through reservation and welfare schemes, and which expresses itself in calls for a repeal of the Scheduled Castes and Tribes (Prevention of Atrocities) Act, 1989, on the grounds that Dalits “misuse” its provisions.

Incidentally, Murugan’s novel, Kanganam, is an apt fable of the alienated small peasant. It is about a peasant’s search for a bride he does not ever find. Increasingly disenchanted with the harsh conditions that define peasant life, Gounder women and Dalit men flee that universe. The Gounder peasant is left bereft of productive labour and conjugal certainty.

In this context, it is worth comparing the fortunes of the Gounders with that of the Vanniyars, the chief victims of the crisis in agriculture in northern Tamil Nadu, who also have recourse to a mixed politics of grievance and aggression. S. Ramadoss and his son, Anbumani, of the Vanniyar-based PMK, are vociferous critics of love marriages across caste divides and have declared that they intend to keep Vanniyar women “safe” from young Dalit men bent on enticing them. Their demands to repeal the prevention of atrocities act are often accompanied by hate speech directed at Dalit men and “protective” paternalist talk addressed to women of their caste. Unsurprisingly, opposition to Murugan’s Mathorubagan was couched in a rhetoric of protection: the book, it was claimed, insulted Gounder women and Murugan’s supporters were told that should they hold public demonstrations, they would have to countenance hordes of angry Gounder women.

S. Ramadoss’s hate speeches, repeated by his followers, are believed to have led to the Dharmapuri violence of 2013, when the homes of hardworking, upwardly mobile Dalits were torched. The violence broke out after a Vanniyar woman married a Dalit man. The Gounder caste groups’ moral vigilantism has led to the silencing of a writer who was also a relentless critic of his own community. In a sense, the campaign against Murugan may be seen as muscle-flexing by Gounder caste groups, just as the torching of Dalit neighbourhoods in 2013 demonstrated the Vanniyars’ will to assert caste power. Murugan even wrote a novel called Pookuzhi, a finely crafted tale that portrays the impending tragedy that awaits a spunky Dalit bride who is brought into her husband’s peasant household. He dedicated the book to the now sadly deceased Dalit, Ilavarasan, and his Vanniyar bride, Divya.

For over two decades, Dalit groups and intellectuals have pointed to how the anti-caste radical traditions of Tamil Nadu are being compromised daily. Some among them have suggested that even Periyar remained, at best, a “Shudra” leader. While this last claim is historically untrue, Dalit criticisms of the Dravidian present are acute and irrefutable. Unfortunately, in the Tamil cultural sphere, criticism of intermediate castes has been neither consistent nor forthcoming. For instance, there are fine novels that deal with artisanal, peasant and fishing lives, showing how intermediate caste worlds are also worlds of labour. But these novels have not all been as critical of caste relations. Murugan’s fiction is distinctive in this regard. He has consistently taken a reflective critical stance towards the Gounders, while being mindful of their hard labour and their ability to make the drylands bloom.

While the belligerence displayed by intermediate caste groups has grabbed and held public and political attention, the crisis in the agrarian worlds they occupy has not been addressed, leaving them open to being exploited by hate speech and increasingly mobilised by ideologues of the Hindu right. This is what we witnessed in the campaign against Murugan: while the Hindu right denies responsibility for what happened, it is evident that they spearheaded and continue to direct the protests. Their speaking in many tongues fools no one; they are acting in concert. How else could 10,000 copies of the “offensive” portions of the book be burned, a hartal called and observed overnight and the district administration rendered complicit in a brazen abuse of constitutional fundamental rights?

For its part, the district administration declared that it did not want a law and order problem to emerge. It therefore invited Murugan and his detractors to “peace” talks. If truth be told, those who broke the peace set the terms for these talks, which were then “brokered” by the revenue and police officials in Tiruchengode, Murugan’s hometown. Articles 14-19 may as well have not existed as officials forced Murugan to sign statements that broke his spirit. It is noteworthy that, for several decades now, the police and revenue administration in Tamil Nadu have been impatient of and hostile to democratic protests. The police seldom grants permission for street gatherings of any kind or for meetings on what they consider “sensitive” matters, including those that address poverty, exploitation and hate speech.

The Kongu region was Periyar country once. Coimbatore, Tiruppur and the plantations in that part of Tamil Nadu have witnessed radical strikes and mobilisations by the left in the past. The Hindu right has made so bold as to take a swipe at this legacy and for this they targeted a writer from the region, someone who has no obvious political affiliations (though he is decidedly opposed to caste and, in his youth, wrote for a radical left magazine) and no immediate political constituency that would challenge their caste ranks. As has become increasingly evident, intolerance in India is hydra-headed. It comes in several guises and, most importantly, takes its cue from the particularities of local history even as it heeds a national agenda of division, hatred, violence and exploitation.

The writer, a social historian and activist, has translated two of Perumal Murugan’s novels into English.

Letters to the editor: For the record 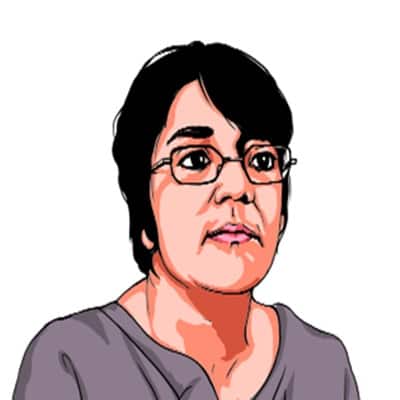