The silencing of dissent

Government’s treatment of Greenpeace is an example of a worrying trend. Time and again, we see that the Narendra Modi government listens only to corporate interests. From the land acquisition bill to the steamrolling of environmental clearances, big business appears to be calling the shots.

The BJP government has attacked Greenpeace with the full force and might of the state. The globally recognised rights organisation has been branded a “threat to India’s economic security”. Earlier this year, a staff member was not allowed to board a flight to London to speak to British parliamentarians, despite having a valid visa. After the courts ruled against that order, in a new move, the ministry of home affairs has suspended the registration of the NGO under the Foreign Contribution (Regulation) Act (FCRA).

The motives behind the BJP government’s attack on Greenpeace are unclear. The home ministry seems convinced that Greenpeace and other NGOs receiving foreign funding are acting in the interest of Western countries. Yet, they don’t have the same concern about foreign direct investment in defence, telecommunications and insurance, or about the activities of the numerous multinational companies operating in India.

I, and many others, do not wholeheartedly support the approach of Greenpeace or for that matter, its beliefs. Neither do I have any personal involvement in Greenpeace’s support for public protests against coal-based energy plants. Coal is a necessary fuel for India to provide electricity to millions of poor people. But I am proud of our nation’s democratic values. Our country is built on a tradition of social movements such as the Chipko Andolan, public protests and every voice as equal.

If the government silences dissent, the difference between a democratic India and a communist country becomes indistinguishable. Time and again, we see that the Narendra Modi government listens only to corporate interests. From the land acquisition bill to the steamrolling of environmental clearances, big business appears to be calling the shots. The treatment of Greenpeace and other activist groups in the country is just one example of a worrying trend.

The government keeps repeating its mantra that it is for economic growth, whatever the cost. The Congress believes that economic growth must be accompanied with social justice for everyone, especially the poor and the marginalised. The voices of the landless, tribals, farmers and forest dwellers must be heard and development should not erode our environment and precious limited natural resources. This is a fine and difficult balance to achieve, and requires every voice to be heard. It is necessary that the BJP government introspect on the path it has chosen.

The writer is a Congress MP and represents Kaliabor, Assam, in Lok Sabha. 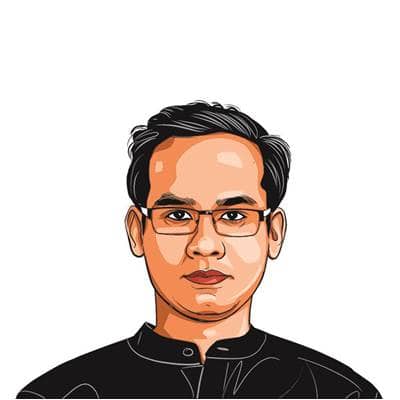 Gaurav GogoiGogoi is a member of Lok Sabha.... read more