The silence of corpses 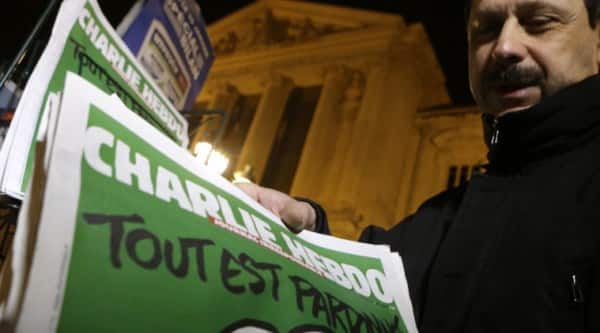 In the year 1192, al-Hakim Yusuf al-Sabti watched as an angry mob burned down the library of a great doctor from Cordoba, who had been accused of atheism by the clerics of Baghdad. He saw in the hands of Sheikh Ibn al-Maristaniya, the leader of the mob, a rare copy of the Tadhkirah fi’Ilm al-Haya’a, a masterwork by the great medieval scientist Abu Ali ibn al-Haytham that contained proofs that the earth was round. Al-Sabti recorded: “The sheikh exclaimed: ‘here is a huge disaster’, and as he said that he ripped up the book and threw it into the fire.” The heirs of the medieval Islamic rulers who had been al-Haytham’s patrons did not resist the tide: with no challenge to their power then in sight, science was a small sacrifice to appease increasingly powerful clerics.

In the centuries that followed, the Middle East’s intellectuals plunged into what the Germans call kadavergehorsamkeit: the silence of corpses. The historian Abdur Rahman ibn Khaldun could even assert that ilm al-kalam, or intensive logical reasoning, was no longer “necessary in this era for the student of knowledge, since apostasy and heresy have become extinct”.

Al-Haytham’s work was rediscovered in Renaissance Europe, though; his breakthroughs on astronomy, mathematics, optics and, above all, the scientific method, helped lay the foundations for the continent’s long ascendancy.

The lessons from the book burning of Baghdad ought be evident in a world just days away from the massacre of the satirical magazine Charlie Hebdo’s staff: blasphemy must be protected not as some pious credo, but because ideas that challenge the very foundations of our beliefs are critical to human progress. Yet, even as the world mourns Charlie Hebdo’s murdered cartoonists, liberals have begun asking if the dead gave their lives for a worthwhile cause. In a widely circulated cartoon, cartoonist Joe Sacco asked his readers to introspect on exactly why Muslims find it hard to “laugh off a mere image”. In essence, the liberal multiculturalist case is this: though murder is wrong, so is gratuitous offence, particularly of a besieged religious minority.

This multiculturalist argument is profoundly misguided. For one, the Charlie battle isn’t one that pits one set of arbitrary beliefs against another, offering us the choice of moral ambivalence. It is, instead, part of a much larger struggle of theocrats against republican values — key among them the idea that human beings have inalienable rights but not ideas, like the divine right to rule.

In much of the world, this is not a trivial debate. Through the Middle East, murderous authoritarians have long cloaked themselves in the robes of the pious to legitimise their rule. The jihadist campaign against blasphemers is intended to show that their Kalashnikovs can guard god better than kings and their armies.

Algerian anthropologist Mahfoud Bennoune, writing in 1994 while his country’s government was still seeking to appease the Islamists slaughtering intellectuals, noted that jihadists had “induced a part of the popular classes to think that the Algerian state, which was created after an eight-year war of national liberation, is impious, and its head of state is a hypocritical tyrant and the majority of its citizens are infidels who must be re-Islamised by terror”.

Pakistan is the most egregious example of this process at work. Bowing to clerical pressure, the political establishment gave scripture a veto over the legislature’s working in 1956. In subsequent years, ever more concessions were made to the religious right. Today, the country is on the edge of the theocratic abyss, with clerics now riding the donkey cart the military had once recruited them to pull.

Saudi Arabia’s monarchy, fearful of a restive youth population easily seduced by jihadists, appeases its clerics by punishing apostates and blasphemers — the latest case that of Raif Badawi, sentenced to 1,000 lashes for critical commentary on religion. In Malaysia, Christians may no longer call their god Allah, a word all communities there have used for centuries.

Like Western reactionaries, ironically, multiculturalists seem incapable of seeing Muslims other than through what Maxime Rodinson called a theologocentric lens — the notion that all believers are driven by faith, and by faith alone. Yet, in Afghanistan, Iraq, Syria, Pakistan and the West, it is Muslims who spearhead resistance to god’s gunmen. Even in France, vastly more Muslims serve their security services than the jihadists.

Islamism is in fact a radical break from the history of the faith, and a perversion of its traditionalist practices. The scholar Olivier Roy has pointed out that the Western jihadist by no means represents the vanguard of Muslim communities. Roy notes that the jihadists “are deliberately at odds with the Islam of their parents, as well as Muslim culture overall”. Their Islam, he argues, is an invention fired by “displays of violence in the media of Western culture”.

For many progressives in the Middle East, multiculturalism itself smacks of the racism it decries. Lebanese-born architect Karl Sharro suggests the multiculturalists are guilty of “essentially suggesting that Muslims are incapable of responding rationally”. Though “dressed up in the language of social justice and marginalisation”, he writes, this is “a patronising view of ordinary Muslims and their capacity to advocate for their rights without resorting to nihilistic violence”.

In response, multiculturalists would argue that Charlie Hebdo incited racism, not republican resistance. This fashionable argument, though, rests on weak empirical ground. In one cartoon recruited to their cause, the women slaves captured by Boko Haram are shown pregnant, demanding their welfare benefits. The cartoon, claimed to denigrate the slaves, in fact attacks France’s rightwing, mocking its claims that refugees were benefit-seeking “welfare queens”.

Christiane Taubira, a black French minister represented as a monkey in one Charlie cartoon used by multiculturalists to press their racism case, has come out strongly in defence of the magazine — understanding, as Anglophone liberals did not, that the image caricatured attacks on her by the reactionary National Front. It is worth noting Charlie draws its politics from France’s feisty leftwing, assaulting religions of all shades and fighting for the rights of workers and minorities — including, notably, the so-called sans-papiers, or undocumented immigrants.

The magazine also builds on a long European tradition of raucous satire, given a venerated place in the literary canon. Jonathan Swift, after all, assailed the English parliament by calling on its members to “toast Old Glorious in your piss”. Geoffrey Chaucer’s “The Miller’s Tale” has the teenage Alison cuckolding her aged husband with a young lover — and sticking her rear end out of a window for an unlucky admirer to kiss.

For all its failings, the multiculturalist argument is seductive to Indian liberals, precisely because it permits silence. Hindutva, Islamist and Christian reactionaries have, for many years, used violence and intimidation to censor dissent. Liberals, with some honourable exceptions, haven’t summoned the courage to resist.

Now, as a result of this silence, the state decides on our behalf whether we may read The Satanic Verses or Aubrey Menen’s irreverent retelling of the Ramayana. It chooses not to prosecute the vandals who block stores from stocking D.N. Jha’s The Myth of the Holy Cow, James Laine’s history of Shivaji, or Paul Courtright’s explorations of oedipal undertones in Hindu mythology.

The silence of these corpses will cost us, just as it did the Middle East centuries ago.