The shadow of 1979: Iran and Saudi Arabia are fighting Islamism; Pakistan and Afghanistan offer little hope

There is no question that our western neighbourhood has begun to evolve a little faster – if unevenly and in a non-linear fashion. Delhi must make the best of these opportunities and limit the damage from the lingering effects of 1979. 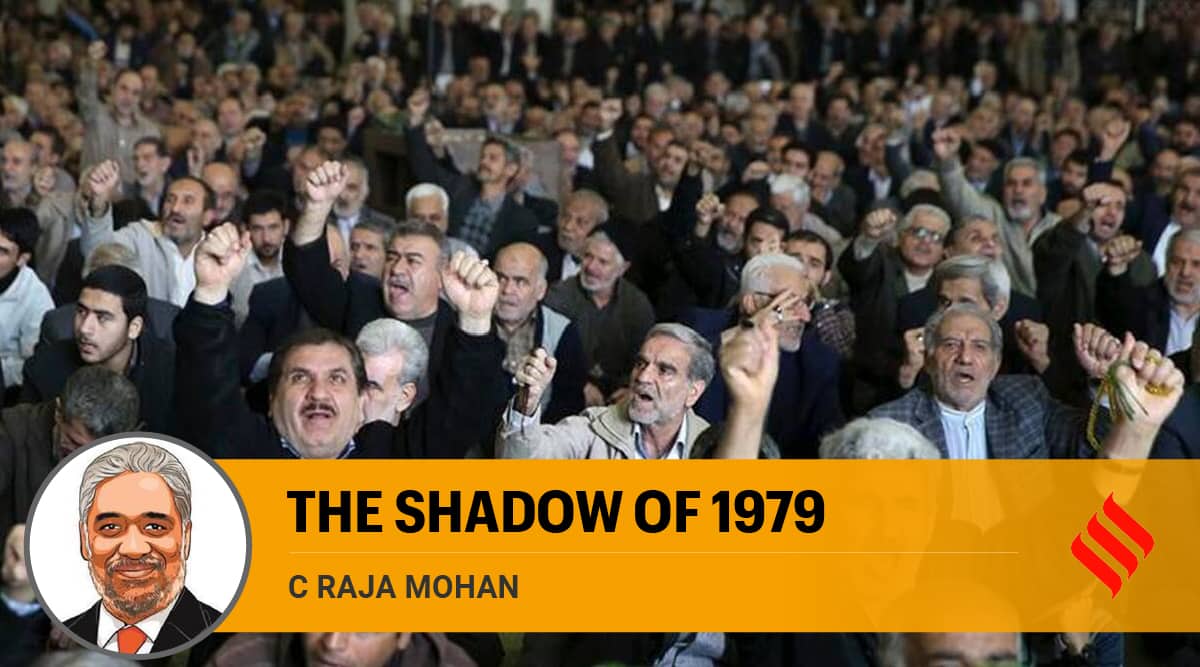 The current movement was triggered by the death of a young woman, Mahsa Amini, in the custody of the religious police in September. (AP File)

The current Indian focus on the appointment of a new army chief in Pakistan is unfortunately not matched by an interest in far more consequential developments unfolding further west. The anti-regime protests in Iran and the social and economic transformation of Saudi Arabia under Mohammed bin Salman point to the potential restructuring of our western periphery. Of course, the persistent conflict with our western neighbour dominates our mind-space. It also obfuscates the fact that Pakistan has never really been the anchor of the Subcontinent’s western marches. Pakistan has often served as a useful instrument for outsiders, and Afghanistan has long been the theatre of contestation. But they do not have the agency to reshape our western frontiers. Iran and Saudi Arabia do.

Given the weight of the army chief in Pakistan’s polity, it is certainly worth keeping an eye on what the new general might have in store. But it is unlikely that General Asim Munir can produce or facilitate the structural changes needed to end Pakistan’s political dysfunction, rejuvenate its economy, and arrest Islamabad’s relative decline.

If Pakistan is in a bad shape, Afghanistan is in worse condition. Last week’s public flogging of 14 people, including three women, suggests that the Taliban can’t break away from its medievalism, despite the certificates from some of its friends that it has changed. The regime’s reluctance to let girls go to school, its violent conflict with other extremist groups, and its inability to win international legitimacy more than a year after regaining Kabul suggest that Afghanistan is stuck in a bad place.

Also Read |Pakistan and the US: Why General Qamar Javed Bajwa’s push to renew ties with Washington shouldn’t be a concern for India

But change is in the air in the Gulf. The continuing protests in Iran have shaken the clerical regime — not the first time they have faced protests. There have been repeated rebellions against the Islamic Republic of Iran after it was proclaimed in 1979. Tehran had easily crushed such protests.

The current movement was triggered by the death of a young woman, Mahsa Amini, in the custody of the religious police in September. She was arrested for not wearing her hijab properly and assaulted. The protests, which are in the third month, now have wider support.

Even if the clerics succeed in putting an end to the current wave of protests, it is doubtful if they can handle the multiple crises — social, economic, political and foreign policy — confronting Iran today. That Iran’s football team refused to sing the national anthem at their opening game in the World Cup last week underlines the declining legitimacy of its regime.

In Saudi Arabia, the impetus for change is coming from the top — the crown prince and prime minister Mohammed bin Salman. Since he took charge of the kingdom in 2015 as the crown prince, MbS has embarked on a series of reforms. These include reducing the role of the clergy in the kingdom’s social life, greater freedoms for women, and an ambitious economic agenda to reduce the reliance of the kingdom on oil and turn it into a dynamic modern economy. Equally important has been the effort to strengthen Saudi nationalism distinct from its transcendental Islamic identity.

If there is one historical moment that provides the context for the developments in Pakistan, Afghanistan, Iran and Saudi Arabia, it is the watershed year of 1979. Three events that year altered the social and geopolitical landscape of the Middle East and the Subcontinent. One was the attack on the grand mosque in Mecca by zealots claiming that the House of Saud had abandoned Islam and was becoming a subaltern to the West. That drove the Saudis and much of the Arab Gulf towards religious conservatism at home and pushed the militants outwards to pursue their radical agenda abroad. Second, was the overthrow of the Shah of Iran. Although a wide range of forces combined to oust the Shah, they ended up with the Islamists led by Ayatollah Khomeini coming out on top. Among the consequences were the replacement of a secular autocracy with clerical oppression, the tension between the revolutionary Islamic Republic in Tehran and the conservative regimes in the Arab world, and an entrenched conflict between Iran and the West. Third, was the invasion of Afghanistan by the Soviet Union setting off the mobilisation of a massive jihad against Russia by the West, Arabs and Pakistan.

Together, the three developments unleashed radical Islam and terrorism in the name of religion that profoundly altered the politics of the Middle East and South Asia.

The current developments on our Western periphery raise questions about the possibility of moving away from the dynamic unleashed by the developments of 1979. Afghanistan and Pakistan induce pessimism about reversing the political consequences of 1979. But developments in Iran and Saudi Arabia generate much optimism. The Western failure to build a modern and moderate state in Kabul despite twenty years of occupation provides a cautionary tale on the difficulty of modernising traditional societies by external forces.

In Pakistan, the military leadership under Ziaul Haq deliberately chose to build an alliance with the mosque, put down the democratic forces at home and promote jihad against Afghanistan and India. There was little interest within the military to modernise Pakistan’s economy. Rawalpindi had much rent to collect from leveraging Pakistan’s position as the staging post for the Afghan jihad. After the US finally turned its back on Afghanistan last year, the rental value has gone down, but Pakistan has no plan B for its economy.

But developments in the Gulf offer hope. That the people of Iran are defying extreme odds to protest against a regime underlines the enduring popular agency to reclaim control over their lives from the state and religion. Similarly, MbS promises to open up Saudi Arabia to long overdue change.

It is by no means guaranteed that either MbS or the Iranian protests will succeed, but both are trying to move their nations away from the legacy of 1979. MbS is doing this consciously. He told The New York Times some years ago, that Saudi Arabia is “returning to where it was” before 1979 — to traditional and moderate Islam. The Iranian women are doing this by challenging the clerical regime that hijacked Iran’s democratic revolution in 1979.

There is no question that our western neighbourhood has begun to evolve a little faster — if unevenly and in a non-linear fashion. Delhi must make the best of these opportunities and limit the damage from the lingering effects of 1979.

The writer is a Senior Fellow at the Asia Society Policy Institute, Delhi and a contributing editor on international affairs for The Indian Express