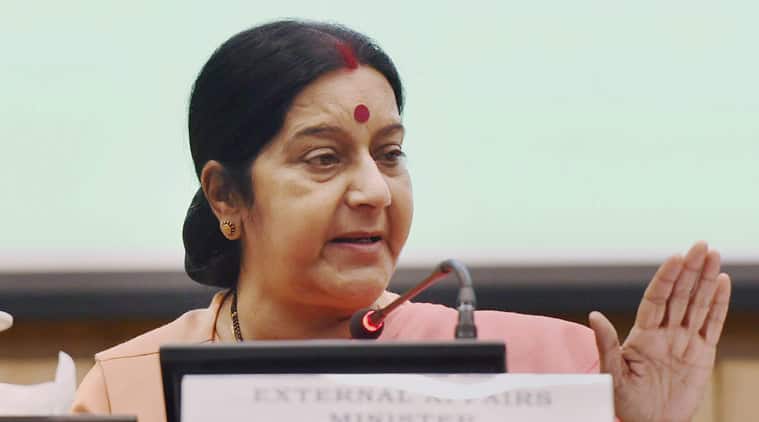 Sushma Swaraj’s argument: It was a humanitarian emergency. Fine. It is well known that she has reacted sympathetically and quickly in various other emergency cases. (Source: PTI)

I think we are missing the wood for the trees. Some say there is a conflict of interest because External Affairs Minister Sushma Swaraj’s husband and daughter are Lalit Modi’s lawyers. This is a ridiculous argument. Swaraj Kaushal and Bansuri Swaraj are professionals and are free to offer their services to anyone. Others say the correspondence between Swaraj Kaushal and Lalit Modi suggests that the relationship goes beyond a lawyer-client relationship; it is a close, personal one. So, what’s wrong with that? Can’t the Swaraj family have close friends who are in the public eye?

Then, why the resignation? Simply because Sushma Swaraj broke every rule in the book. First, she did not consult her ministry — the foreign secretary, the secretary in charge of Western Europe, the officer in charge of the passport division or the Indian high commissioner to the UK. Second, she did not consult the finance ministry. She should have known that various agencies of her government were seeking to interview Lalit Modi. Third, she could have consulted the prime minister or instructed her secretary to speak to his office. But she did not consult anyone in the Indian establishment when taking this decision. Frankly, in a case concerning a family friend in trouble, the best course for her would have been to recuse herself. Not only did she not do that, she kept her colleagues in the dark.

Fourth, she spoke directly to the British high commissioner, who was on holiday, and told him that the Indian government had no objection to the British government issuing Lalit Modi travel documents if it was okay with the idea. She also told Keith Vaz the same thing. Vaz used his influence and pushed the British establishment to issue travel documents to Lalit Modi for a two-year period. And she, a Supreme Court lawyer, had these conversations at a time when Lalit Modi’s case was still pending before the Delhi High Court — probably tantamount to contempt of court. Fifth, when the decision of the Delhi High Court went in favour of Lalit Modi, there was no appeal to the Supreme Court. When this became known almost a year later, the external affairs ministry and the finance ministry passed the buck between each other about who should have lodged the appeal. If the case had involved Chhota Rajan instead of Lalit Modi, would her ministry have adopted such a lackadaisical approach? Not a chance — and rightly so.

Last, she did not record in writing her reasons for bypassing set procedure. So, had it not been for The Sunday Times exposé, which came months after her action, and the hacked emails, the story would have stayed buried deep in the hearts of probably a dozen people in the know.

Sushma Swaraj’s argument: It was a humanitarian emergency. Fine. It is well known that she has reacted sympathetically and quickly in various other emergency cases. But how many of those cases involved people wanted for questioning by Indian agencies? And in how many cases did she bypass regular channels and keep the establishment in the dark? My guess is none.

Even if the case was a humanitarian emergency, was this irregular route the only way to resolve the problem? If she had gone through regular channels and asked the establishment to act sympathetically, the Indian government could have quite quickly issued Lalit Modi a one-month passport to go to Portugal. There could have been other, possibly better, solutions — but she did not even try, did not even ask.

Having done that — and been caught — the best thing she could have done was to resign and insist on its acceptance. By not doing that, she has hurt her party’s and government’s reputation and hurt the country by giving the Opposition a handle to derail the next session of Parliament.

It is widely believed that Sushma Swaraj has been a good foreign minister. But a person who has displayed such terrible and inexcusable lack of judgement is not fit to hold a great office of state. She should resign for her good, her party’s good, her ministry’s good and the country’s good.

The writer consults with media and communication companies.
Views are personal

The Other Independence Day 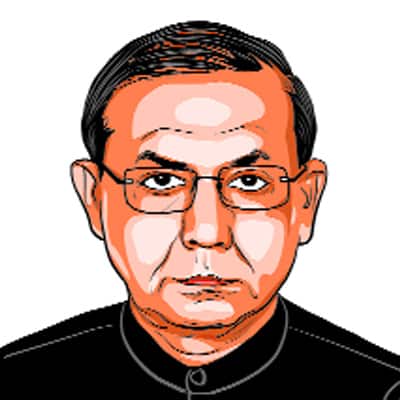