The Necessity Of Dissent 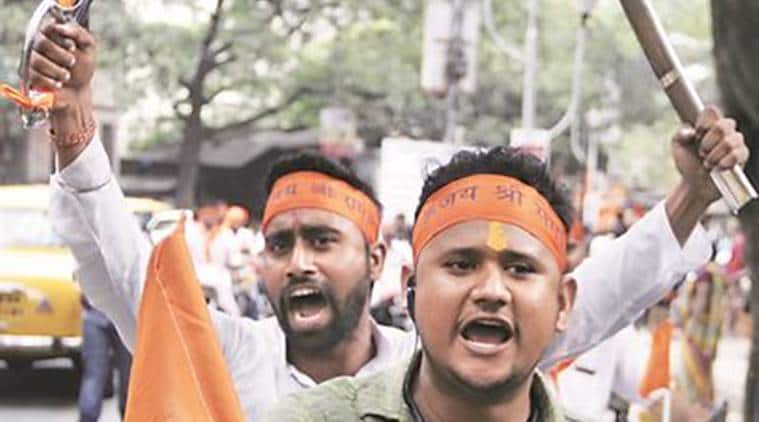 The targeting of Muslims, alleging that they were either eating beef or smuggling cows or transporting them for some purpose that the mob thinks is suspect, has become commonplace. (Representational)

There are reasons we worry when Hindu fringe elements practise the politics of violence and intimidation, and we feel impelled to speak out. One, impunity. When perpetrators of criminal acts are shielded from punishment, it produces this phenomenon. This idea gained renown in the late 1990s when the UN was discussing the statute for an international criminal court. It seemed preposterous that widespread and systematic violence was occurring in different places, and there was nothing in the law or in political practice to punish the guilty because the state was either the perpetrator, or it was shielding those responsible. Darfur, the Lord’s Resistance Army, Slobodan Milosevic, Charles Taylor, Rwanda, Akayesu — the 20th century has witnessed unimaginable bloodshed, accompanied by impunity where states were “unable or unwilling” to bring those committing crime to trial and punishment. We have our problems in India too — the mass cremation in Punjab, extra-judicial killings in Manipur, the unmarked graves that the SIT appointed by the State Human Rights Commission found in Kashmir. So long as there are institutions willing to — and able to — inquire and take action, there will be no impunity.

Two, institutional bias. This is systemic discrimination where persons invested with the authority of the state institutionalise bias in their work. The committee set up by the Ministry of Women and Child Development in the Nithari case observed: “The police apathy and indifference to the reports of missing children has come out sharply in the Nithari case… This is more so in the case of the poor and downtrodden whose voice is not heard.” Minorities and oppressed castes regularly face institutional bias. Recent events reinforce this perception. The targeting of Muslims, alleging that they were either eating beef or smuggling cows or transporting them for some purpose that the mob thinks is suspect, has become commonplace. The shame of these episodes has been exacerbated by the police walking past the dead to seize the suspect meat, seeming to make the statement that the victim is the accused. Impunity is added to institutional bias when an MLA of the ruling party tells reporters, “We should not take law into our hands. But we have no regret over his death because those who are cow smugglers are cow killers, sinners like them have met this fate earlier and will continue to do so”.

Third, then, is majoritarianism. There are many in this country who belong to the majority, but do not believe in majoritarianism, opportunistic and cowardly. Some years ago, one of our leading constitutional lawyers cautioned us that it is a hard journey from being a slave to becoming a subject, and from being a subject to becoming a citizen. Then, we need to work to continue as citizens and not slip down again. Majoritarianism does not believe in citizenship for everybody; only for the majority and, among them, for those who think like they do. That is not acceptable. It is everybody’s right, and the added responsibility of those belonging to the majority, to ensure that citizenship is not devalued for anybody.

What Justice A.P. Shah had to say in his M.N. Roy Memorial Talk, excerpts of which were reproduced in this newspaper (‘Dissent under siege,’ IE, April 21), specifically about the JNU incident, pertained to the use, by the state, of the provisions against sedition in the Indian Penal Code. The Constitution Bench in the Kedarnath case in 1962 made it clear that raising slogans would not constitute sedition. Yet, because the provision has not yet been repealed, and because the state is able to invoke it at will, the JNU students stood accused of sedition last year. Justice Shah spoke of such abuse. Because the government has forgotten the law, the Supreme Court reminded it on September 5, 2016, about the limits set by Kedarnath.

It was not the lines from a Hindi film song that provoked criticism of Justice Pratibha Rani’s verdict while granting bail to Kanhaiya Kumar. It was the violence in her words: “Whenever some infection is spread in a limb, effort is made to cure the same by giving antibiotics orally and if that does not work, by following second line of treatment. Sometimes it may require surgical intervention. However, if the infection results in infecting the limb to the extent that it becomes gangrene, amputation is the only treatment.”