The land of soma

Botanical clues show the shared heritage of the Rig Veda and the Avesta. Soma is a celebrated plant in the RV as well as the AV where it is called haoma, later shortened to Hom in Pahalvi. (Representative image)

Theories about the homeland of the Aryans have been in news of late because of genetic studies. The theory that ascribes an indigenous origin to the Aryans can be shown to be untenable on very simple considerations based on a comparative study of the Rig Veda (RV) and the related Zoroastrian sacred text Avesta (AV). The Rig Vedic and Avestan languages are essentially the same, with very minor differences in grammar. They share a common vocabulary in the fields of mythology, ritual, culture, and religious practices. There are some phonetic differences but the changes take place according to well-defined rules (Sanskrit s into h, h into z). Ahura in AV (as in Ahura Mazda) is cognate with asura in RV with the same meaning, lord (asura as a demon is a later development.) Yama son of Vivasvan is known to AV. Nabhanedishta is a son of Manu in RV; it becomes a common noun in AV meaning “nearest in relation”.

The Avesta proper consists of three parts: Yasna, Visperad, and Vendidad. Yasna in turn includes 17 hymns, called Gathas, which are attributed to Zarathushtra himself and thus constitute the oldest parts of AV. He describes himself as a zaotar (hotr), while later texts call him athaurvan (atharvan).

Zarathushtra introduces some points of departure from the Rig Veda but does not repudiate the joint Indo-Iranian legacy. Deva and Indra become demons in AV, but Vrtrahana (slayer of Vrtra) who is identified with Indra in RV retains his position in AV as a god in his own right The Rig Vedic and the Avestan people both called themselves Arya, meaning noble. RV and AV are Aryan documents, and therefore need to be read together.

There are no dependable chronological clues in either the RV or the AV. But the common botanical information in them can be used to disceren geography. Soma, for example, is a celebrated plant in the RV as well as the AV where it is called haoma, later shortened to Hom in Pahalvi. A drink of the same name was squeezed from the plant for offering to the gods and for drinking. RV devotes a full mandala to soma, and the longest hymn in RV is addressed to it. There is a striking similarity between the Vedic agnishtoma and the Zoroastrian haoma ceremony, both of which must therefore have originated in the common Indo-Iranian period. From the textual references we learn that soma/haoma was a scented leafless plant with long-jointed finger-like juicy stalks. Though the ritual was elaborate, the process itself was very simple. The stalks and shoots of the plant were crushed either between two stones or in mortar and pestle. The juice was collected, purified and drunk unfermented.

Yasna (10.10) mentions Haraiti Bareza as the soma habitat. Haraiti is identified with Mount Elburz, which earlier denoted the whole range of mountains extending from the Hindu Kush in the east to the Caucasus in the west. RV informs us that soma grew in the mountains. RV (9.46.1) calls soma parvatavrdh ( mountain grown). The Atharvaveda (3.21.10) calls the mountains somaprashtha ( carrying soma on their back). RV (10.34.1) uses the term soma maujavata, the soma from Mujavat, which according to Yaska’s Nirukta (9.8) was a mountain.

Soma was a common plant in the places where the Rig Vedic and Avestian people lived. In RV (8.80), a maiden, Apala by name, plucks Soma twigs by the wayside and chews them with the purpose of becoming attractive to men. Anyone who maltreats haoma is cursed to remain childless (Yasna 11.3). As if aware of this, in RV (8.31.5), husband and wife “with one accord” press out the soma juice, no doubt as a prelude to sexual intercourse. While there is continuity in the Zoroastrian soma ritual, there are clear signs that the Vedic people moved away from the soma habitat. In the Baudhyayana Shrautasutra (6.14) the Adhvaryu asks the seller if the soma came from Mujavat which obviously was still a source of supply. Katyayana Shrautasutra (10.9.30) talks of rationing soma. It enjoins the priests not to give it to a kshatriya or a vaishya even if available, but asks the priests to give them a substitute. Shatapatha Brahmana (4.5.10.2-6) lists the substitutes to be used in the ritual when soma is not available. In course of time, soma became a mythical plant even for medical texts. Sushruta Samhita (29.21-22) and Charaka Samhita (1.4-6) both believe that soma had 15 leaves which appeared one per day during the waxing moon (shuklapaksha) and dropoff one by one during the waning moon (krishnapaksha).

The Brahmana texts reverentially reserve the name soma for the original soma plant and talk of its substitutes. The reverence disappears in later times when the term soma, suffixed with lata or valli (meaning creeper) is applied to different local plants, which like the original soma are leafless.

There is a broad consensus among scholars that the ancient soma/haoma plant be identified with high-altitude varieties of ephedra which have a high alkaloid content. (ephedra grows in plains also but these varieties have no juice.) The botanical identification of soma is however not quite relevant for our present discussion.

There can be no doubt whatsoever that the Rig Vedic and the Avestan people had a common heritage and lived in close proximity to one another. Their joint habitat was the Somaland. Indian plains do not match the RV and AV description of Soma-growing areas. Even otherwise, if India were the Indo-Iranian homeland, it is the ancient Iranians who would have been looking for soma substitutes and not Indians. The conclusion is inescapable: Rigvedic people, like ancient Iranians, must have lived in mountainous areas where the soma plant grew. 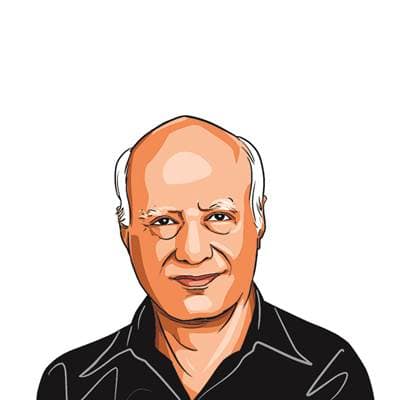