Utsav Saksena and Kriti Wattal write: Owing to skyrocketing profits in pandemic, tech giants believed there was a “new normal”. Mass retrenchments show these firms are not immune to global economic slowdown 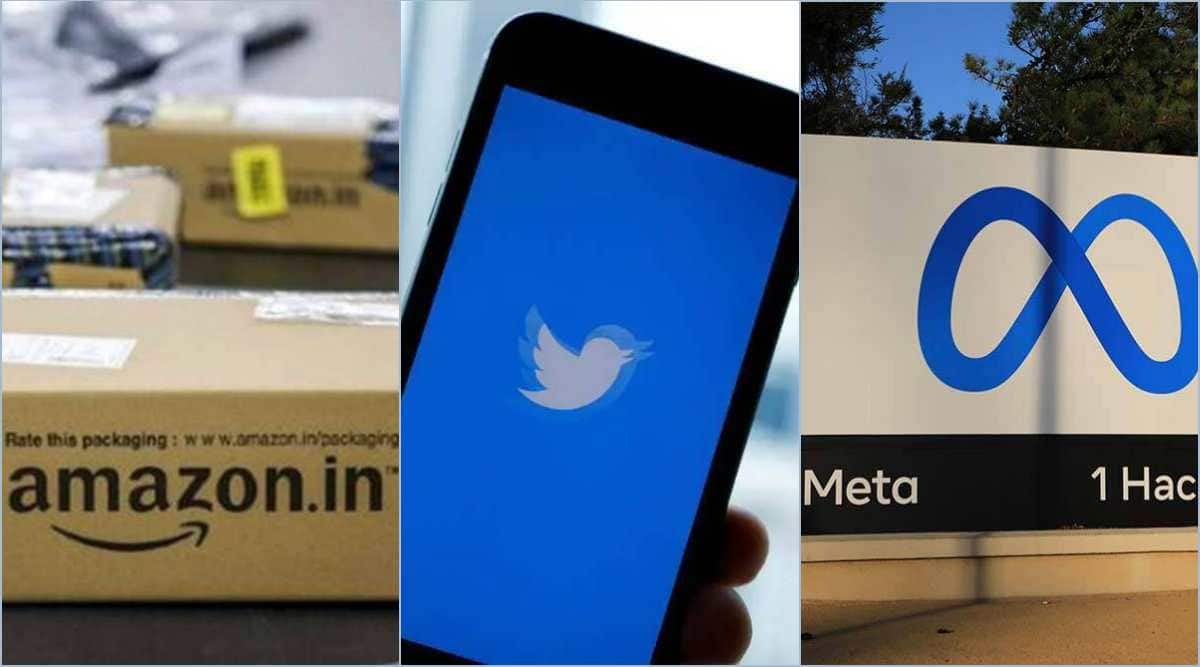 On the back of a gloomy global economic outlook and prospects of a possible recession, tech firms across the world — from US-based giants like Alphabet, Amazon and Meta to early-stage startups — have engaged in large-scale retrenchments. (File)
Listen to this article
Lessons from mass layoffs in tech industry: Big Tech and unicorns need to reevaluate their hiring policies
x
00:00
1x 1.5x 1.8x

Last year, around 1,60,000 workers in the tech industry were laid off globally. In contrast, in just this month alone some 60,000 tech workers have been laid off till now. On the back of a gloomy global economic outlook and prospects of a possible recession, tech firms across the world — from US-based giants like Alphabet, Amazon and Meta to early-stage startups — have engaged in large-scale retrenchments.

During the Covid pandemic, restrictions and lockdowns meant that people were stuck at home. All the regular facets of everyday life — from work to entertainment — had moved online. During this period, tech giants saw their profits skyrocket, even as other sectors of the economy, especially contact-based services, came virtually to a standstill. Many of these firms also believed that there was a “new normal” with respect to technology adoption by consumers. This led firms to rapidly build up capacity — including fresh hiring — to adapt to this “new normal”.

In Premium |For tech companies, years of easy money yield to hard times

After a strong recovery towards the end of 2021, the nature of the global economy changed by early 2022 as inflation made a dogged comeback, especially in the US. This was on account of two factors. First, buoyed by extraordinary pandemic relief support to households, aggregate demand in advanced economies outpaced supply. Second, the armed conflict between Russia and Ukraine caused supply-chain disruptions, leading to global inflationary pressures for food and fuel. In response, the US Federal Reserve has rapidly hiked rates.

The combination of re-opening of contact-based services, tighter financial conditions, high inflation and a slowing economy has affected the tech sector disproportionately. Advertisement revenues have shrunk, costs have increased, and a stronger US dollar has meant lower global revenues.

The NASDAQ-listed tech stocks lost around 30 per cent of their value in 2022, making it their worst-performing year since the financial crisis of 2008 and the Dot-com bubble of 2000. Tech firms realised that they over-hired during the pandemic, wherein they had expanded “for a different economic reality than the one we face today”, in the words of Alphabet CEO Sundar Pichai.

As multinational firms seek to cut their payroll figures worldwide, this lay-off drive has made its way to India as well. Indian workers, including expatriates and local employees, in both the traditional IT sector and the tech-based startup sector have been affected. For Indian startups, a similar story has played out. Despite the pandemic, there was no significant drop in startup funding. In fact, 2021 saw a record funding for startups across the board. But, despite a strong start, funding in India began to slow down in 2022, with third-quarter funding falling to a two-year low. Rising interest rates have meant that the cost of capital has increased and venture capitalists have to be more selective about how they deploy funds in this funding winter. Indian tech startups are under pressure to cut costs and restructure their businesses in search for profitability. As a result, startups, including unicorns have engaged in broad-based retrenchments.

Last month, Bhupendra Yadav, minister for labour and employment, responding to a question in Parliament on whether the government had taken cognisance of these mass layoffs in various multi-national and Indian companies, clarified that respective state governments had jurisdiction over these tech companies, and that no retrenchment/lay-off data was maintained at the central level in tech-related sectors. He further stated that any retrenchment and layoffs are deemed to be illegal if not carried out as per the provisions of the Industrial Disputes Act, 1947 (ID Act).

Employers often skirt legal requirements by asking for voluntary resignations to remain outside the scope of retrenchment provisions. In any case, these mandates only apply to non-managerial employees; managerial employees are governed by their employment contracts. There are no similar protections available to gig or contract workers.

Even as India seeks to lead a digital and technologically-driven world, it is important to note that the tech sector is not immune to harsh macroeconomic realities. Two fundamental questions assume importance. One, whether there is a case for government intervention or more stringent regulation, given that India’s labour laws have been criticised for being too rigid and are effectively counterproductive for employers and employees. Two, whether employers, ranging from tech giants to startups, should reevaluate their hiring policies to remain sustainable across business cycles.

The writers are consultants at NIPFP. Views are personal