Taking back Tanishq ad means we believe that it is mischievous fiction, that these kinds of relationships do not exist in reality. But they do. Our life is the answer to the trolls. 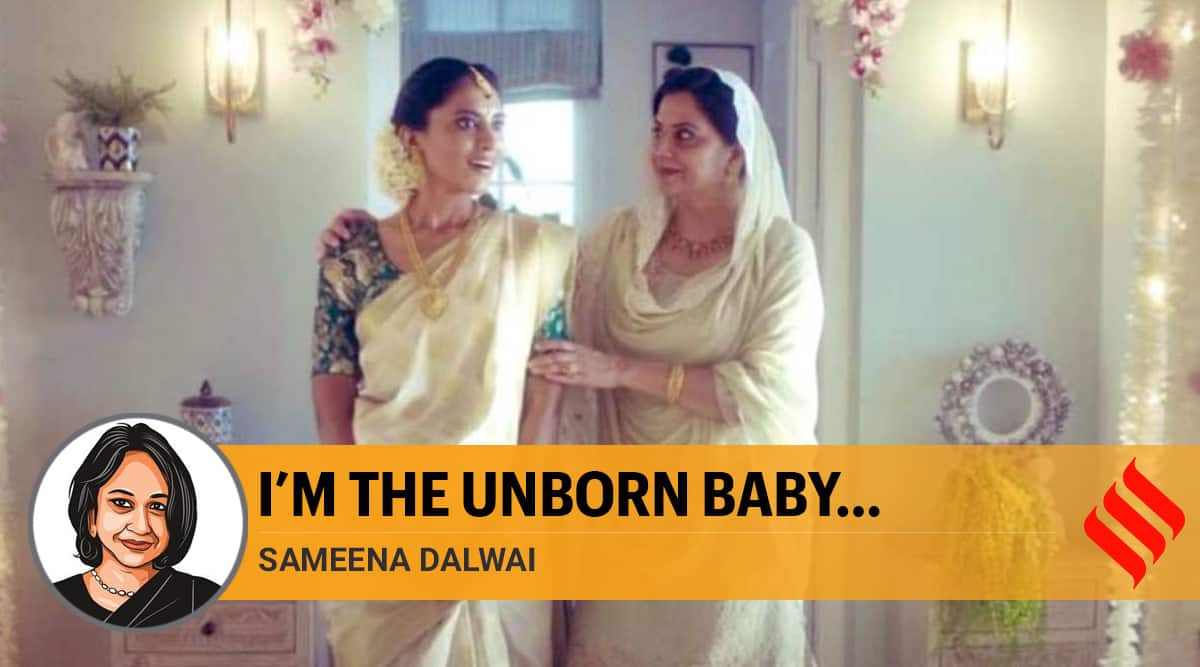 The trolls are not only anti-Muslim but also anti-women.

The Tanishq advertisement of a Muslim mother-in-law and a Hindu daughter-in-law is beautiful, just the way all their advertisements are. Taking it back means we believe that it is mischievous fiction, that these kinds of relationships do not exist in reality. But they do. I am a living proof. I am the unborn baby in that ad.

My parents had never heard the words “love jihad” when they met in 1971. They both belonged to the socialist student organisation, Yuvak Kranti Dal, in Maharashtra, that took up causes of labour exploitation, caste oppression, marginalisation of tribal populations. When she joined the organisation, my mother was an 18-year-old, fair and green-eyed plump girl with a ready laugh. Most men around her were older to her — coming from varied backgrounds, rural, poor, Dalit, Muslim. Many fell for her instantly and wanted to marry her. In fact, Baba would receive the proposal for her by some reticent young man, for her family background was intimidating. She was the daughter of Nalini Pandit, a Marxian Gandhian scholar of repute and the Pandit family was rich and famous. They had a huge house in Dadar, cars and a telephone.

When she decided to marry one of her comrades, who was a Konkani Muslim from Chiplun, bigotry surfaced on both sides. Older women in her acquaintance would stop her on Dadar streets and say, “You would marry a Muslim? Be careful, haan. They have a three talaq system.” Baba’s older brother was told, “Arre, why does he want to marry a Hindu girl?” The older brother, none other than Hameed Dalwai, the Muslim reformist, was shocked. He thought, the hell with socialist Gandhian ideals of small weddings — let’s have a big celebration of this marriage so that everyone knows they are married. He printed several wedding cards and distributed them to anyone he met.

Editorial | That a Rs 14.24 lakh crore company, which swears by values, withdraws a 45-second ad cannot all be blamed on faceless mob

As per my grandmother’s tales, there was no count of how many people turned up to that wedding. The hall was small and chaos plentiful. Three thousand glasses of kokum sharbat were consumed, that was all everyone got. And my parents had to smile at so many people and shake so many hands, that their cheeks and hands started aching. Friends told my mother later, “Baap re, such fundamental confusion in your wedding. Lucky that we escaped in one piece!” The wedding was celebrated in the village Mirjoli as well, where the Dalwai family cooked a feast of biryani for the Pandit family and friends who came in cars from Mumbai.

There was no Tanishq-style gold jewellery from the in-laws. In fact, when my mother visited the village the first time, she was struck by the silver earrings. “But silver is for pots and plates”, she said in her mind, thinking of the Diwali feasts in the Saraswat community. Such was the class gap. But she managed to create an extended family based on the socialist principles of “give by capacity, take by need”. She paid for the poor siblings in the village, from her own salary of lecturer in a Mumbai college, as my father was a full-time activist going out for workers’ rallies and tribal meetings. She sent money for education, brought relatives to our Bombay flat for health emergencies and wedding shopping. She became the matriarch of an extended family.

The Tanishq trolls do not understand that the slim starry-eyed daughter-in-law has infiltrated the Muslim family as only women can. This is not love jihad, it is ghar wapsi of the Muslims. But the trolls are not only anti-Muslim but also anti-women. They believe that “giving” a daughter is a defeat. They miss the fact that the Muslim family in the ad is now celebrating a Hindu ritual. My family celebrates Eid and Diwali with relatives from both sides. Everyone loves to eat, play with colours and wear festive clothes. What’s not to like?

READ | ‘Don’t we all promote brotherhood?’ asks Divya Dutta who did voice-over for Tanishq ad

My mother is still Hindu, as my father is Muslim. Neither follows religious rituals but they both enjoy cultural festivities. In younger days, older relatives suggested to my mother that she should convert to Islam, then she will get jannat. She would laugh and say, “But I am a materialist. Tell me how I will benefit in this life, here and now.” In fact, she started wearing a big red bindi a few months after her marriage to ascertain her identity. The bindi and saree also helped her to look serious and professorial, as she had started teaching economics and looked as young as her students. She continued her revolutionary crusade and raised us with an alternate value system.
They had misgivings about how their children will cope in an increasingly communal atmosphere. They tried hard to give us the world, through Russian books and other mixed families and friends. Yet they could not shield us from riots, hostility and vulnerability. But being on the faultline gave us strength. We travelled abroad, found kindred spirits, enjoyed studies and books, and added to the mix of our family.

My brother married a Chinese from Hainan province and I partnered with a Telangana Reddy. I also adopted a daughter from Mon, Nagaland. Now when all the kids play together in a public park — the half-Chinese boy, the Marathi-Telugu girl and the little Naga warrior — people look at us in wonder. The family, together, speaks English, Hindi, Marathi, Telugu, Mandarin and Konkani.

And when “normal” people with singular monolithic imaginations come to ask us, “but how come…?” or “is this …?”, we just smile.
Our life is the answer to the trolls. We exist. The mixed race not only lives but thrives. And makes you all look utterly boring.

This article first appeared in the print edition on October 15, 2020 under the title ‘I’m the unborn baby…’. Dalwai is professor, Jindal Global Law School

Under Modi government, Lok Sabha and Rajya Sabha have ceased to be key places for debate 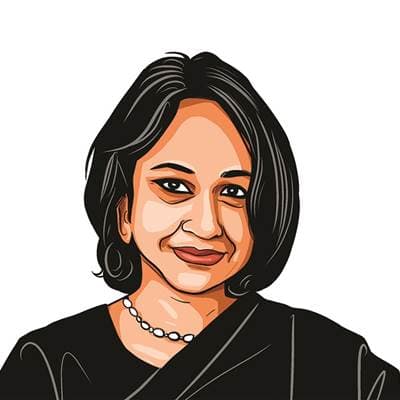