Talking To The Taliban

It is in India’s strategic interest to engage Afghan insurgents The IS in Afghanistan is far from the potent threat that Russia is making it out to be. It largely consists of Tehreek-e-Taliban-e-Pakistan (TTP), renegade Afghan Taliban and criminals. (Representational)

On February 15, 1989, General Boris Gromov walked across the Friendship Bridge on the Amu-Daria to complete a humiliating Soviet withdrawal. Twenty-eight years since, last Wednesday, Russia hosted a six-country meeting on February 15 to discuss Afghanistan. China, Afghanistan, Pakistan, Iran and India joined Russia; the US was conspicuous by its absence. This confirms Russia’s return to a publically active, if not interventionist, role in a country it has considered strategically significant since Czarist times. Does this mark a fresh round of the Great Game?

Russia is asserting that the Islamic State (IS) is gaining significant ground in Afghanistan and will pose a grave threat to the Central Asian Republics and its own security. To counter the IS, Russia wants to confer international legitimacy on the Taliban; it has acknowledged its own contacts with the group and wants it to be accommodated in Afghanistan’s power structures. In pursuit of this, it has warmed up to Pakistan.

The IS in Afghanistan is far from the potent threat that Russia is making it out to be. It largely consists of Tehreek-e-Taliban-e-Pakistan (TTP), renegade Afghan Taliban and criminals. Its focus is Pakistan and Afghanistan. Russia cannot be oblivious of this reality. Hence, its approach is not motivated as much by Afghanistan per se as to make it a theatre in its overall contestation with the US and its European allies.

The situation now is almost the exact opposite of that of the 1980s. Then, the Soviets had troops in Afghanistan, supported the Kabul government and combated jihadist groups, backed by the US. Now, the US is supporting the Kabul government. The fundamental difference though between the 1980s and now lies in the rise of global terrorism. Pakistan-Afghanistan is a major centre of international terrorism. The US cannot allow Afghanistan to become a staging post for terror. The consequence is a stalemate.

One factor central to the Afghan situation will remain the same. This is Pakistan’s desire to control any Afghan government’s choices that it considers impacts its interests — central to this is Afghanistan’s India policies. Both Hamid Karzai and Ashraf Ghani were willing to substantially accommodate Pakistan on India’s role, but not allow it a veto. Pakistan hopes an Islamist government in Afghanistan, like the Taliban from 1996-2001, will keep India out: However, some Taliban elements seem keen to open a channel with India. It would not be inconsistent with India’s Afghan interests if quiet contacts are maintained with the Taliban. It would neither confer legitimacy on the Taliban, nor erode that of the Afghan government.

But the Taliban reluctance to seriously engage with Afghan authorities is maintained by their success in keeping terrorist insurgency going, with Pakistani support. That is not going to change unless the Trump administration is willing to send troops along the Durand Line — an impossible scenario. Pakistan will handle US pressures with Chinese help — it knows US manoeuvring space over Afghanistan is severely limited. China is cautious. It has maintained contacts with the Taliban and is part of both the US and Russia-led process. Iran will be in the Russian camp on Afghanistan.

The key for India is to maintain contacts with all groups in the Afghan political process. Unlike some years ago, the US now openly acknowledges that India’s role makes it an indispensable partner in Afghanistan. Russia can ignore that only to its detriment.

The writer is a former diplomat

Importance of Saifullah Akhtar, the ISI’s pet jihadist for 30 years 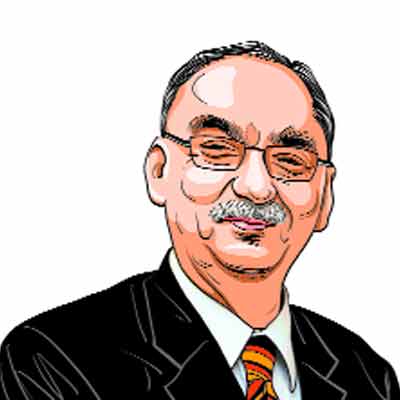