High on rhetoric, low on tact As the principal Opposition showed maturity and reason, the government sought to subvert the issue for myopic political gain.

Following the valiant surgical strikes by the Indian army on September 29, the country has been witness to a bizarre political discourse. In an almost embarrassing display, the government and its supporters have fallen over each other in crediting themselves, mythological forces, political leaders and, shockingly, even the RSS for the strikes. These are not sporadic events but form a pattern of propaganda. They range from the nation’s defence minister, Manohar Parrikar, condescendingly informing the army that it was made to realise its prowess to the BJP president Amit Shah declaring that the army crossed the LoC for the first time in such a manner since Independence. Political rhetoric and bravado overtook the sense of sobriety and restraint that must follow such an important strategic decision. It also exposed the prism through which the BJP and the country’s administrators view national security, completely unmindful of the delicate geopolitical situation.

The Congress was the first to welcome the surgical strikes and unhesitatingly commended the army and government for its leadership. Even when certain other politicians questioned the strikes, the Congress was quick to point out that the DGMO’s statement should not be questioned. As Pakistan attempted to spread its false narrative, particularly in the international media, we called upon the government to expose its claims but only in a manner that is in consonance with the requirements of national security.

As the principal Opposition showed maturity and reason, the government sought to subvert the issue for myopic political gain. Faced with vulgar machismo, posters in poor taste and inflammatory speeches by BJP leaders, the Congress leadership cautioned the government against eroding or undermining the sacrifice of the armed forces. It was, after all, a matter of grave concern when a prime minister issues a diktat that no “chest thumping” should take place. Yet this command was openly flouted not just by party workers but by cabinet ministers and spokespersons with endorsement of the most belligerent of them, Manohar Parrikar, coming from the prime minister himself.

The BJP responded in a manner that could hardly be described as responsible. In an agenda that has become all too familiar, the BJP and its cronies switched to inflammatory rhetoric, questioning everyone’s motives and describing any question raised as anti-national. The Congress, faced with this machine bent on manipulating public opinion, did not relent. One of the foremost responsibilities of the principal Opposition party is to act as the nation’s conscience keeper and continue to ask questions, even at the risk of unpopularity. Anything less would be a betrayal of its charge.

Next, to gauge whether the Congress’ position is excessive, it is important to review the conduct of the BJP when it was in the Opposition. The yardstick followed by the BJP was staggeringly different from that adopted by the Congress. BJP leaders, when in the Opposition, employed the crudest terms to question the Congress government and by extension, the army. Yet the Congress-led UPA neither disclosed nor used the previous surgical strikes to score political points. Of course, details of some of the previous surgical strikes have been now made public by those who were involved at the time. This time, the government has gone on an overdrive to claim credit resulting in an escalation of Pakistan’s shoddy attempts at denial.

Even compared to the previous BJP-led NDA government, this government falls short of the tact and restraint that a responsible government is required to exercise. Former Chief of Army Staff, General V. P. Malik writes in his book, Kargil: From surprise to victory, that when his political colleagues used the images of three service chiefs on political posters at a rally in Haryana, Prime Minister Atal Bihari Vajpayee “graciously acknowledged” the fault. In a chapter aptly titled, “Leave us alone,” Malik explains the historical wisdom and importance in keeping the army at a distance from the political process. In words still relevant today, he writes, “The political exploitation of the Kargil war for electoral gains worried the military leadership as it could undermine the neutral character of the armed forces and, in the process, affect its professionalism”. The current government would do well to reflect on this sentiment. The Indian army is widely regarded as an incredibly tough, secular and professional organisation. Heaping adjectives on political masters and viewing the actions of the army through a narrow prism of majoritarian jingoism does the army and our soldiers a huge disservice.

Lastly, respect for the armed forces cannot be demonstrated through rhetoric. When a defence minister questions the sacrifice of the army on the ground that they were carried out during the previous regime, his party’s oft-stated regard and reverence for the army rings hollow. Regardless of the government in power, the army has performed its functions with courage and diligence. This is what the Congress has consistently been saying. It is a poor reflection on the government when the defence minister undermines the role and valour of the armed forces over the last 68 years simply out of a superficial concern of losing some of the glory, the government is currently basking in.

Since Independence, successive governments have played their part in ensuring that Pakistan’s fate as a failed democracy does not befall India. Our democratic institutions have constantly been improved and refined to serve their functions free from mutual interference. A government stuck in campaign mode should take note. The army and the strikes cannot be allowed to become a tool to be leveraged for further political exploitation. Politics is important but it has its place. And as tradition and common sense dictate, that place is not the army. 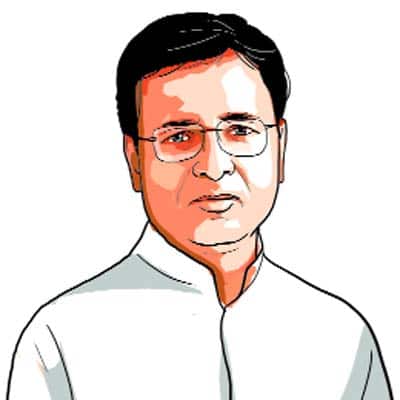