🔴 Dushyant Dave writes: It must reassert its role as the protector of citizens’ fundamental rights While presenting the report of the Advisory Committee on Minorities before the Constituent Assembly, Sardar Vallabhbhai Patel said on May 25, 1949: “If they really have come honestly to the conclusion that in the changed conditions of this country, it is in the interest of all to lay down real and genuine foundations of a secular state, then nothing is better for the minorities than to trust the good sense and sense of fairness of the majority, and to place confidence in them. So also it is for us who happen to be in a majority to think about what the minorities feel…But in the long run, it would be in the interest of all to forget that there is anything like majority or minority in this country and that in India there is only one community.”

Inaction on the part of the BJP government in Uttarakhand and at the Centre against the recent incidents of hate speech in Haridwar and Delhi, clearly reflect that Patel’s hope for the “real and genuine foundations of a secular state” is fast diminishing.

The Constitution of India affords all citizens equal rights. Article 21, although couched in a restricted manner, has been interpreted by the Supreme Court in the widest possible terms. The right to life and liberty guaranteed thereunder has been recognised in various forms. It is a sacred and cherished right as personal liberty has an important role to play in the life of every citizen.

The court has even held that Article 21 must be interpreted in conformity with international law, as India is a signatory to the International Covenant on Civil and Political Rights, 1966. Equally, the right to speedy justice is part of this guarantee.

Thus, Article 21 is a protective umbrella under which India’s citizens live without fear of being deprived of this cherished right. The state has an absolute obligation to ensure that this right is not just preserved but protected. Clearly, in failing to take any action for almost two weeks since the recent hate speech incidents, the state appears to have failed. It has been dithering, first by stating that persons have been booked and now by constituting an SIT to look into the matter, while the culprits roam free and their supporters and sympathisers run amok on social media.

Statements about killing Muslims to make a Hindu Rashtra, expressing the desire to shoot former prime minister Manmohan Singh and calling upon the police, leaders and the army to take up arms to indulge in ethnic cleansing are perhaps the worst ever spoken publicly in decades. Do they require any investigation, much less by the SIT? Do they not constitute ex-facie offences within the meaning of the Indian Penal Code? This calls for an immediate and summary trial and the awarding of the maximum punishment provided under the law.

The rule of law is a basic structure and basic feature of the Constitution. It clearly obliges the executive to enforce the law, without fear or favour. The SC itself in Pravasi Bhalai Sangathan v. Union of India had defined “hate speech” as “an effort to marginalise individuals based on their membership in a group.”

It further said, “Hate speech lays the groundwork for later, broad attacks on the vulnerable that can range from discrimination to ostracism, segregation, deportation, violence and, in the most extreme cases, to genocide.” The court observed: “The root of the problem is not the absence of laws but rather a lack of their effective execution.”

The judiciary, and particularly the Supreme Court, in view of its constitutional status, is truly a sentinel on the qui vive. The judiciary has an absolute obligation and duty to step in when the executive fails in the enforcement of the fundamental rights of citizens. It must, therefore, step in to reassure Muslims that they have nothing to fear and that nobody will be allowed to take the law into their hands to harm them. Only then can the judiciary be said to be the real custodian of the fundamental rights of citizens and their ultimate protector.

The Supreme Court has authoritatively held in I R Coelho v. State of Tamil Nadu: “Over the years, the jurisprudence and development around fundamental rights have made it clear that they are not limited, narrow rights but provide a broad check against the violations or excesses by the State authorities… The principle of constitutionalism is now a legal principle that requires control over the exercise of governmental power to ensure that it does not destroy the democratic principles upon which it is based. These democratic principles include the protection of fundamental rights.”

For us citizens, the last hope is the judiciary.

This column first appeared in the print edition on January 6, 2022 under the title ‘The court’s duty’. The writer is a senior advocate at the Supreme Court of India and former president of the Supreme Court Bar Association 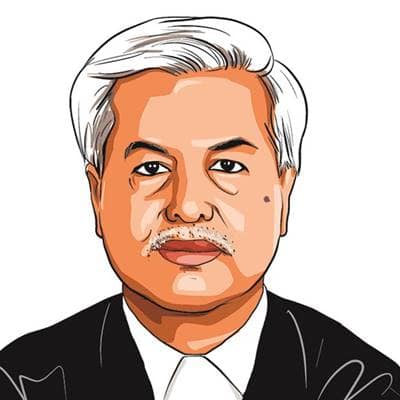