The establishment of the ISC was necessitated by the changes in the Indian party system and the institutional transformations associated with it. The eleventh meeting of the Inter-State Council (ISC) held on July 16, 2016, after a gap of 10 years came as a bolt from the blue. This delayed convening is surprising given Narendra Modi’s harping on the theme of “cooperative federalism” during the 2014 election campaign.

While convening the ISC meeting, Modi described the forum as the most significant platform to strengthen Centre-state and inter-state relations and discuss policies. A federal system needs interactions between the various levels of government, namely, the union, state and local. Therefore, the need for an inter-governmental mechanism is obvious in this system. The framers of early federal constitutions, swayed by the classical notion of dual sovereignty, did not visualise the need for inter-governmental forums.

However, the architects of India’s Constitution saw the need for inter-governmental forums in the working of the federal system. There was a consensus during the Constituent Assembly debates on establishing such a forum. In spite of the legal status bestowed upon the ISC under Article 263, it was not set up until the Janata Dal-led National Front Government headed by V.P Singh accepted the recommendation of the Sarkaria Commission and established the ISC by a presidential ordinance on May 28, 1990.

The establishment of the ISC was necessitated by the changes in the Indian party system and the institutional transformations associated with it. This body was set up as an instrument for cooperation, coordination and evolution of common policies. Under Article 263 of the Constitution, the ISC is mandated to ensure better Centre-state cooperation and resolve Centre-state or inter-state issues. However, it has been largely underutilised. In its first meeting in October 1990, then PM V.P. Singh agreed to institutionalise the procedure for regular consultation between the states and the Centre. The ISC had then proposed to meet thrice a year, but in 26 years, it has met only 11 times.
The reasons for this failure to emerge as an active inter-governmental forum can be discussed in terms of two phases. First, in the first four decades of the Indian federation during which the ISC was not formally set up, the Congress was dominant at the national and state levels.

Therefore, issues were discussed across the table at party forums. During this phase, the ISC was also sidelined because economic planning necessitated the creation of the National Development Council (NDC) which worked as a functional substitute for the Inter-State Council. Second, in the multi-party coalition phase since 1989, the importance of the ISC was further reduced as some state parties were represented in the federal coalition government at the Centre and the Union cabinet itself became a kind of inter-governmental forum.

The return of the single-party majority government at the Centre in 2014 has necessitated the strengthening of inter-governmental mechanisms for the harmonious working of the federal structure. In this milieu, there is a great need to empower institutions like ISC and make them more interactive, inclusive, transparent and accountable. The ISC can work as an effective forum of cooperative federalism.

The ISC needs to be given all the powers contemplated in the Constitution. Clause A of Article 263, which gave the council the power to investigate issues of inter-state conflict, was dropped in the presidential ordinance establishing the ISC. It should provide greater opportunities to civil society institutions and the corporate sector to make their representations.

Moreover, the ISC and NITI Aayog should be merged into one constitutional forum to improve the institutional participation of state governments in inter-governmental affairs. It will enhance the institutional status of the NITI Aayog by being attached to a constitutional body i.e. the ISC. Further, to make the ISC a truly federal rather than a central body, its secretariat should be shifted from the Union Home Ministry to the Rajya Sabha secretariat so that it would be under the direction of a neutral federal functionary, the vice-president of India rather than Union home minister. 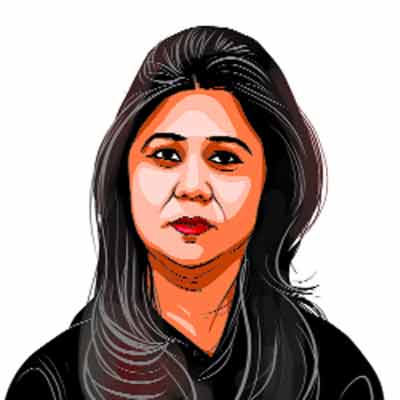