Step back into the ring

On the rupee,the RBI needs to rethink its arms length policy

On the rupee,the RBI needs to rethink its arms length policy

Less than two months back,a semblance of macroeconomic stability had finally returned to India. Inflation was moderating,IP numbers were looking up,the fiscal consolidation was even more impressive than had been expected,and the only debate was how much space the RBI had to ease monetary policy. The rupee shock since then has dramatically changed that conversation. The inexorable weakening of the rupee has sparked fears of inflation reigniting,the subsidy bill blowing up,and corporate balance sheets getting seriously stressed.

On the face of it,nothing has fundamentally changed in India in the last two months. Only the world has become riskier after the US Fed announced slowing its quantitative easing (QE) earlier than anticipated. With renewed global risk aversion,capital flows to all emerging market (EM) economies with a current account deficit dried up,sending their currencies into a tailspin. Taking comfort in not being singled out and blaming the rupees woes to unfortunate collateral damage from the global shock,Indias policymakers have so far done precious little to stop the rupee bleeding. Sebis tightening of trading norms in the currency derivatives markets is too modest and too late to have any meaningful impact other than reducing market liquidity even further. For now,the reduction in market liquidity might make any foreign exchange intervention by the RBI more effective,but when the next shock hits India,rupee volatility will spike that much more.

To be sure,the RBI has kept the rupee at arms length for quite a while. And this is the right thing to do. The rupee should reflect not just trade and capital flows but also our fears and faith in the economy and policies. And it is here that things become complicated. It is one thing to not stand in the way of the exchange rate fully pricing fundamentals,but when the very choice of policy inaction itself becomes the driver of rupee dynamics,then a central bank needs to step back into the ring,and that too with force.

It is true that the rupee depreciation was triggered by the global shock,but what has extended the bleeding is self-propagating expectations of rupee weakness. Key to this expectation formation has been the markets belief that the RBI wont step in to draw a line in the sand. Fulfilling the markets expectations,the RBI hasnt,letting rupee dynamics be taken over entirely by the markets fears and greed.

That India has a large and intransigent current account deficit problem was widely known well before the global shock. It was well accepted that the policy and regulatory quagmire in oil,coal,iron-ore,scrap metal and fertiliser,and Indias insatiable gold demand,was not going away anytime soon. That even the 30 per cent rupee depreciation since 2012 would do little to narrow this deficit was well established by empirical evidence. Consequently,the market had been well prepared for another large deficit this year,of around $85 billion (the second largest in the world,two years in a row). Financing the deficit was always going to be a problem,as volatile portfolio flows would need to contribute around $25 billion. But in the first quarter of this fiscal year,net inflows were barely positive.

What happened? After the Fed announced that it would slow QE sooner than expected,US interest rates spiked,raising the cost of funding. This forced global investors,who were already worried by the weak growth in emerging markets,to start selling EM assets. India stood directly in the firing line of the sell-off. With the interest differential with the US narrowing and renewed fears of the rupee depreciating,foreigners first began selling bonds. (On a fully hedged basis,earnings on Indian bonds were already pretty modest,such that even a 1 per cent point rise in US rates cut deeply into profits.) With the authorities doing nothing in response,the debt outflows surged and the rupee depreciated further. Equity investors,who till recently had shown remarkable resilience,joined the exit once their fears of policy inaction were confirmed. The rupee went into free fall,with almost the entire market taking a one-sided bet against the currency. The key to the free fall was the absence of a line in the sand.

So what does one do when narrowing interest differential sparks an asset sell-off? It does not take rocket science to guess that one raises the domestic interest rate to widen the differential. But instead of doing that,the RBI only half-heartedly intervened in the foreign exchange market,making it that much less painful to take funds out.

The tried and tested first line of defence in an exchange rate crisis is not intervening in the foreign exchange market to make it easier to take money out,but squeezing domestic liquidity to engineer a sharp,sudden and exorbitant spike in the overnight interest rate until currency expectations are re-anchored and normalcy returns. Instead,it has been ridiculously cheap over the last month to borrow rupees at the overnight rate,buy dollars and then wait for the exchange rate to crumble. In June,the monthly overnight interest rate was 0.5 per cent and the depreciation 10 per cent.

Last weeks Sebi restrictions make it a bit more costly to do this,but not by much. And there are still the exporters who are delaying bringing back dollar proceeds,hoping to extract the last bit of rupee depreciation,and importers and corporates with FX liabilities who are much happier paying a few percentage points more in interest rates now to borrow early from banks,than face a more depreciated currency later on. How much of this has happened we wont know till the 2013 Q2 balance of payments is published. But my guess is that we will see a pretty large negative print for the lag and leads line item.

So what has held the RBI back from an interest rate defence? Probably its concern over slowing growth. But no one is talking about raising policy rates. Indeed,the only use of policy rates is to anchor the overnight rate. And there are many ways to raise the overnight rate without touching the policy rate. But instead of doing the one thing that is obvious,orthodox,that can anchor rupee expectations and make future rupee shorting a seriously risky bet for a long time,we seem to be scrambling to find innovative sources of funding from here and there. Does anyone really believe that NRIs will buy $25 billion of bonds over and above the $8-10 billion they typically bring in as bank deposits? This years funding gap is $25 billion. To fill that,we need the portfolio inflows back. There is still a massive amount of global liquidity searching for yields. But India has to provide the yield and renewed confidence in orthodox macroeconomic policy,as was done last year with fiscal policy,to get the flows back. An interest rate defence is the essential first step. It can make life very painful for some time,but not doing so also has its cost. The way things are going,that cost could be very large. 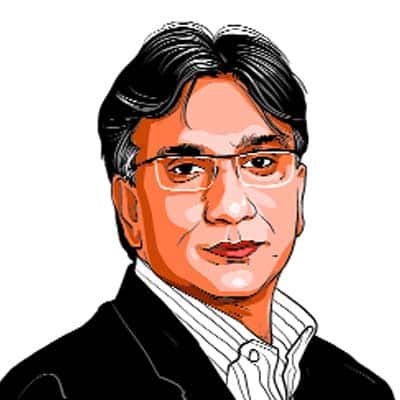