The changing electorate and competitive federalism will be checks on their profligacy. 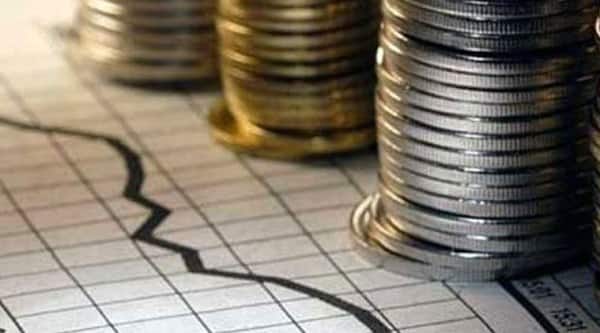 The next question is: how will the states spend this money? Will they improve power distribution, urban infrastructure and civic amenities?

Have the states “grown up”? That’s the question to ask once the (well-justified) celebrations of “cooperative federalism” triggered by the government’s acceptance of the 14th Finance Commission’s recommendations have abated. Statutory transfers have increased by Rs 1.86 trillion. Even after taking into account the relatively small cuts in other funds that the Central government used to give to the states, there is still an additional Rs 1.4 trillion, or 1 per cent of the GDP, for them to spend in the coming year. Put another way, the Centre has chosen to spend nearly half of its fiscal stimulus through the state governments.

The next question is: how will the states spend this money? Will they improve power distribution, urban infrastructure and civic amenities? Perhaps even increase the size of their police forces and better equip them in order to improve law and order? Or recapitalise the broken balance sheets of the state electricity boards (SEBs) — one of the biggest structural problems for the Indian economy? Will they construct state highways and rural roads, electrify households and improve standards of primary and secondary education? Or will they risk frittering away the funds through schemes that offer relatively more opportunities for bureaucrats and politicians to siphon money? Or on well-meaning programmes that just give freebies to people and cause inflationary growth?

About three months back, in an article in this paper (‘Shifting to the state’, November 24, 2014), I highlighted how, for both businesses and individuals, most points of contact with government were at the state level, that, given its massive size and diversity, India needed to be administered federally and that that is how the Constitution is designed. Thus, in order to deliver on its promises of achhe din, the Centre had to work with the state governments.

And yet, despite the fact that the state governments are constitutionally responsible for most services, the bulk of taxes remained with the Centre, which collected them. One reason for this was the concern that the states would be irresponsible with their cash, that state-level administrative services had not “grown up”. Some avuncular politician/ bureaucrat in Delhi had to first prescribe funds for specific activities and then oversee their usage.

This has created problems. Most infrastructure analysts agree that, of the sectors that usually drive the investment cycle, many, like power generation as well as metal and cement production, are suffering from over-capacity and may not need fresh investments for several years. On the other hand, some large sectors that desperately need more investment, such as power distribution, low-cost housing and urban infrastructure, are state subjects. Schemes like the Jawaharlal Nehru National Urban Renewal Mission were created to help improve infrastructure in cities. But by controlling the nature and quantum of spending from Delhi, their utility and, more importantly, ability to scale up were limited.
Now, with the new fund allocation, if a state were to decide to build sewage treatment plants in its major cities, it need not wait for someone in Delhi to devise a scheme.

Other constraints had emerged too. For example, unlike the SEB bailout of 2002, which was across the board, the current problem with SEB balance sheets is specific to a few states. If the Central government had recapitalised the SEBs in these states, it would have risked creating moral hazard by rewarding bad behaviour. But now, if Uttar Pradesh, for example, decides to recapitalise its SEB so that it can increase power purchases in the run up to the 2017 assembly elections, other states would have no reason to complain. Note that recapitalising SEBs would not solve the long-term problem — but at least it would help pull the economy out of its growth rut.

At this point, some readers may well be asking themselves whether any state government would have the vision to spend the funds productively, instead of announcing regressive loan waivers, free electricity and irrational food subsidies.

Those concerns reflect the prime reason that, nearly seven decades after Independence, critical ground-level infrastructure in Indian cities and villages is still undeveloped. If a state government chooses short-term political gain over longer-term economic wellbeing, it should manifest as a lower level of quality of life compared to the other states. The electorate has the ability to decide which is preferable. While, theoretically, that may take a few electoral cycles, which may be longer than many of us have patience for, it seems clear that the alternative — the Centre making spending decisions, disbursing funds and monitoring the progress of investments in areas the states are responsible for — has not worked.

What perhaps also worries the naysayers is that nearly half of the additional funds are going to states that many consider to be administratively weak — Uttar Pradesh (15 per cent), the Northeastern states (11 per cent, with Rs 72 billion going to Arunachal Pradesh), Bihar (7 per cent) and West Bengal (7 per cent); Madhya Pradesh (8 per cent) is the possible exception to the norm. While these are also the states that contain the bulk of the households that need to be electrified and villages that lack all-weather roads, in addition to having the poorest urban infrastructure, it is debatable whether they would work on all these fronts immediately if funds were available.

It is not easy to spend this quantum of money constructively without preparation and at least the first year’s spending is likely to be a bit ad hoc. Some states have already prepared budgets for the coming year and others should be close to finalising them. These additional funds would, therefore, not yet have been incorporated into these budgets, which raises the likelihood of ad hoc spending.
However, over the next few years, one can expect an improvement in the nature of spending, driven by a political response to changing voter needs. One of the most positive underlying trends in India has been that state-level politics is maturing, with the electoral discourse in the last few assembly elections moving firmly towards development and jobs. Voters have started to see through the “freebie” culture — remember the 2013 elections in Rajasthan?

More importantly, from the perspective of near-term economic growth in the country, while the impact of revenue expenditure (generally considered wasteful by economists) is less than that of non-defence capital expenditure, it is still likely to improve overall growth in the coming year.

Knives out in Aam Aadmi Party game of thrones, division deepens ahead of national executive meet