Back to the future

Socialists need to regroup to fight authoritarianism and communalism Bihar’s mandate to Nitish Kumar is a clear indication that socialist ideology is even more relevant today than at any time in the past. (Source: PTI)

A few socialist activists will assemble in Patna today. This gathering is not just a ritual but a serious effort to contemplate on the current state of the socialist movement and to assess our glorious legacy. Eighty-two years ago, the socialists felt the need for a party that will work exclusively to fulfill the socialist agenda, which was being ignored by the Congress. Thus, the Congress Socialist Party (CSP) was born within the Congress on May 17, 1934, in Patna with Acharya Narendra Dev as president and Jayaprakash Narayan (JP) as general secretary.

Many young leaders involved in the independence movement, dissatisfied with the withdrawal of the non-cooperation movement and the anti-rational policies of the Congress, joined the CSP. They included advocates of arms struggle and champions of non-violent resistance. But until 1946, anyone who wished to join the CSP had to be a member of the Congress. From its inception, the CSP acknowledged the importance of the national movement. The two major objectives of the CSP were to win independence for the country and to transform the Congress into a true anti-imperialist force with socialistic characteristics. The Congress was the vanguard of the freedom movement, but the absence of a firm political ideology left the young leaders disillusioned.

During the civil disobedience movement in 1932, JP was incarcerated in Nashik. There he met Ram Manohar Lohia, Minoo Masani, Ashok Mehta and others. At the first all-India CSP meet in Bombay in 1934, the detailed programme of the party was accepted and Masani was elected joint secretary. With the increasing influence of the left in Indian politics and the efforts of leaders like Masani, Kamaladevi Chattopadhyaya, E.M.S. Namboodripad and P. Sundarayya, more than a third of Congress members had joined the CSP by 1936. The Russian revolution had sown the seeds of socialism in young minds.

But unlike the communists, the CSP members opposed the idea of dictatorship of any single party. Establishing a democratic order in the country was of supreme concern to them. The socialists never accepted any extra territorial authority for ideological guidance. An egalitarian social order based on the principles of equality and social justice was their dream. On the economic front, the party adopted “decentralised socialism” as its ideal. Economic power was not to be vested exclusively in the state, but an alternate model of participatory democracy where decision-making powers would be devolved among workers, peasants, farmers, and trade unions was proposed.

However, personal rivalries and ideological differences led to schisms within the movement. Socialists like Narendra Dev, JP, Aruna Asaf Ali, and Lohia refused to participate in the Constituent Assembly. Their participation would have made the Constitution even more pro-poor, pro-marginalised and inclusive. In 1948, the socialists severed their association with the Congress. Hitting out at the communal forces, then rising in the ranks of the Congress, Acharya Narendra Dev, who moved the resolution to quit the Congress at the Nashik conference, said, “These forces of reaction and communal hatred must be fought to make India safe for secular democracy.”

The formation of the Socialist Party weakened the position of Nehru within the Congress. Thereafter, the conservative forces comprising the landlords, emerging capitalists and former rulers of the erstwhile princely states began to force their agenda in the party. Nehru realised this ideological hijacking of the Congress and tried to bring back the socialists into the Congress. The socialists, however, refused.

In hindsight, these two decisions of the socialists — of not joining the Constituent Assembly and to quit the Congress — had far-reaching consequences for the country.

Despite many ups and downs, the socialist movement has many achievements to show. In 1963, Lohia propounded the political idea of “anti-Congressism”, which led to the defeat of the Congress in many states in 1967. During the Emergency, young socialists under the leadership of Jayaprakash Narayan fought against the dictatorship of Indira Gandhi and helped reinstate democracy in the country. The 1974 rail strike under the leadership of George Fernandes mobilised a large number of workers.

Today, India faces two major threats: Neo-liberalism and communalism. The Narendra Modi government champions both these evils. The neo-liberal agenda is pushed under the guise of “development” and the communal hatred preached by BJP’s associates is threatening the composite social fabric of the country.

A socialist block in the revolutionary tradition of the socialist movement needs to be built to offset the prevailing authoritarianism and to defeat the communal forces. Bihar’s mandate to Nitish Kumar is a clear indication that socialist ideology is even more relevant today than at any time in the past. 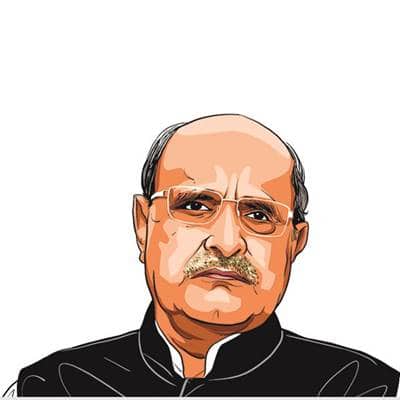