Sectoral agencies are trying to chip at the Competition Commission’s mandate, causing confusion. 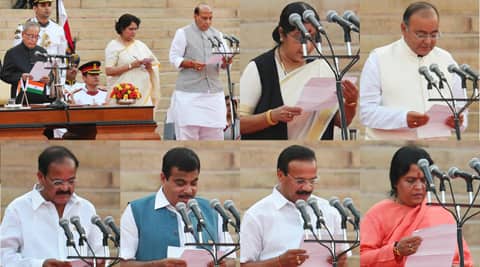 The new government needs to focus its reform agenda to address such regulatory duplicity to create a more enabling business environment for industry.

BY: Payal Malik and Avirup Bose

Much has been written about the leanness of Narendra Modi’s cabinet, constituted on the mantra of “minimum government, maximum governance”. This shift may mean a shrinking government, but it also means a changing role for it. In several markets, government intervention is necessary to enhance market performance. Government intervention affecting industry structure and behaviour takes two forms: regulation and antitrust.

This diarchy of economic regulation is meant to be complementary and ensure the structural and behavioural competitiveness of the Indian economy. However, sectoral regulators, taking advantage of their overlapping jurisdiction with the Competition Commission of India (CCI), the antitrust agency, have continuously tried to chip at its mandate. This has resulted in regulatory parallelism amongst sectoral regulators and the CCI.

For instance, in August 2012, the Central Electricity Regulatory Commission (CERC) introduced draft regulations to grant itself the power to regulate anti-competitive agreements, abuse of dominant position and anti-competitive mergers (all in the CCI’s domain) in the electricity sector. Such efforts would virtually eliminate the CCI’s regulatory oversight, creating

a parallel and conflicting competition regime for the electricity sector. Further, the CERC’s exercise took place without any enabling legislation or legislative mandate, and was rooted using a residual clause under the CERC’s parent legislation, the Electricity Act, 2003. Interestingly, the CERC, which was created in 2003, only chose to legislate on this after the CCI had been made fully functional. The CERC has the mandate to promote competition in electricity markets by creating appropriate competitive and efficient market structures. However, it cannot usurp the jurisdiction of the CCI to ex-post regulate distortion of such competitive markets through such conduct.

The RBI has also attempted to curb the CCI’s regulatory jurisdiction. It has successfully lobbied the government to exempt mergers of failing banks from the purview of the CCI’s antitrust scrutiny, and wants compulsory mergers to be exempted from competition scrutiny. This is in spite of the fact that the Competition Act specifically mandates the CCI to consider “failing business” as a factor while evaluating mergers. Therefore, the exemption to failing banks is an exercise of regulatory redundancy. The RBI is the prudential regulator of banks, limiting their risk-taking, ensuring the safety of depositors’ funds and stability of the financial sector, while the CCI’s review of bank mergers is aimed at ensuring that such mergers do not cause an appreciable adverse anti-competitive effect on the financial sector. The CCI is not a prudential regulator and the RBI is not a competition regulator, and both are required to complement each other.

Defendants of anticompetitive complaints before the CCI have often taken advantage of such opportunistic behaviour to seek judicial intervention on the ground that the sectoral regulator and not the CCI has jurisdiction. The judiciary has also been less diligent in curbing such posturing and on numerous occasions, has stayed proceedings before the CCI on the pretext that such proceedings would allegedly impinge upon the regulatory jurisdiction of the applicable sectoral regulator. For example, the CCI has been stopped from investigating alleged anticompetitive practices of three state-owned oil marketing companies (OMCs) at the behest of the Delhi High Court, which has stayed multiple CCI proceedings against them.

In two separate actions before the CCI, the OMCs were charged with alleged acts of price collusion and denial of market access to private players. The CCI has the exclusive statutory mandate to investigate and regulate acts of cartelisation and price collusion; however, the OMCs approached the Delhi High Court and successfully stayed the proceedings on the pretext that the case fell under the jurisdiction of the Petroleum and Natural Gas Regulatory Board (PNGRB). Such efforts to oust the CCI’s jurisdiction have led to regulatory confusion and impeded its efforts to enhance competition.

The Supreme Court in Subrata Roy Sahara vs Union of India lamented the posturing antics of litigants aimed at forum shopping. It has stated that such antics result in cases “which ought to have been settled in no time at all, before the first court of incidence, [being] prolonged endlessly, for years and years, and from court to court, upto the highest court”. This message should not be lost on the high courts which, by admitting competition matters, contribute to prolonging a pattern of illegitimate claims that should be ideally settled by the CCI.

The new government needs to focus its reform agenda to address such regulatory duplicity to create a more enabling business environment for industry. A governance reform agenda built on the expectation that regulated markets will deliver growth requires such reforms to trickle down to the new-age independent sectoral regulators. Without eliminating regulatory chaos, delivering on the expectations of India’s polity will be difficult.

Malik is an economic advisor to CCI. Bose is a competition lawyer at CCI. Views are personal