Shooting ourselves in the foot

Experience and government statistics show that machismo has never worked as a plan against Pakistan. 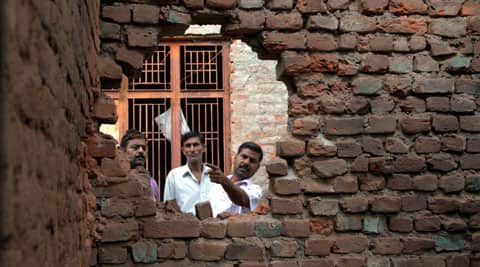 Experience and government statistics show that machismo has never worked as a plan against Pakistan.

Prime Minister Manmohan Singh seemed to have vengeance on his mind that morning, the fires lit on 26/11 still raging in Mumbai, as he met with top intelligence and military officials: “The people of India will never forgive us if we do nothing,” a senior intelligence official recalls him saying. Yet, it became clear at the November 29, 2008 meeting, doing something wasn’t easy: the army chief, General Deepak Kapoor, couldn’t promise special forces’ strikes across the Line of Control (LoC), while Air Chief Marshal Fali Major complained he didn’t have adequate targeting data.

“They did nothing,” Prime Minister Narendra Modi said during his election campaign, “Indians died and they did — nothing.” “Talk to Pakistan in Pakistan’s language,” he went on, “because it won’t learn lessons until then.”

For the last eight weeks, Indian troops have been acting on his words: replying shell for shell and bullet for bullet for the shots Pakistani forces have been firing across the LoC. The prime minister has said Pakistan has been taught a lesson, with the Indian army “shutting their mouth”. Yet, the firing goes on, on both the LoC and the international border: as late as Monday, Pakistani troops fired on farmers in fields around the Pargwal and Jaurian areas of Akhnoor, and over 30,000 people from 110 hamlets continue to live in refugee camps.

This tells us that the problem isn’t one machismo is going to end. Facing a crisis within, Pakistan’s army has sought to bring the Islamist constituency back into its fold by reviving the state-authorised war in Kashmir. Kashmir is thus seeing an uptick in violence, with infiltration across the LoC rising. Tensions with India serve this project well, giving the army the halo of patriotism. Put simply, India is shooting itself in the foot on the LoC.

Experience tells us this: Indian firing on the LoC, however ferocious, will not deter Pakistan’s pursuit of its proxy war. From 1998 to 2003, Pakistan’s use of border fire to facilitate a surge in infiltration across the LoC led to no-holds-barred artillery duels — ferocious exchanges that levelled entire villages in the Neelam valley and destroyed hundreds of homes in Poonch, Uri and Kargil. Thousands of such cross-border exchanges took place each year, in contrast with the 100-odd seen since 2003 — and yet, each year, violence in Kashmir rose.

From the summer of 1998, secure in the belief its demonstrated nuclear-weapons capability would now deter a conventional Indian military strike, Pakistan’s army ratcheted up infiltration to bolster the flagging insurgency in Kashmir.

To push enhanced numbers of jihadists into Kashmir, Pakistan needed to engage Indian defences on the LoC — creating gaps infiltrators could exploit. India responded with a strategy that sought to punish Pakistan’s military, using its superior 155 mm artillery.

From government statistics, it’s clear the plan didn’t work. In 1998, there were 4,117 clashes on the LoC in which 78 soldiers and another 78 civilians were killed on the Indian side alone. The numbers went up and up until 2002, when 81 soldiers and 74 civilians were killed in 5,767 border clashes. The guns fell silent at the end of that year, with the LoC ceasefire coming into place, but by that time, it was clear both sides could sustain these duels indefinitely.

The lesson from the data is simple: firing on the LoC helps Pakistan pursue an escalatory strategy; quiet makes it harder. In 2003, the ceasefire went into place — and with it, India was able to complete fencing and enhance aggressive counter-infiltration measures. Fighting inside Jammu and Kashmir went into a year-on-year decline.

PM Modi’s advisers know why this happened: General Pervez Musharraf came to the conclusion the war against India was bleeding Pakistan, not the other way round. The near-war that began after the terrorist attack on Parliament House in New Delhi showed Pakistan’s nuclear weapons did indeed deter India from attacking — but the price of crisis was too high. In addition, the United States — knowing that an India-Pakistan crisis would complicate its own position in Afghanistan — cracked the whip.

Lieutenant-General Moinuddin Haider, Musharraf’s interior minister, told the scholar George Perkovich that he had said, “Mr president, your economic plan will not work, people will not invest, if you don’t get rid of extremists.” The president, albeit reluctantly, listened.

From mid-2002, an extraordinary series of secret meetings and contacts began to explore how future crises might be averted. The two governments worked out the terms of a ceasefire along the LoC. Lieutenant-General Ehsan-ul-Haq, the then-Inter Services Intelligence (ISI) chief, met with his Research and Analysis Wing (R&AW) counterpart, C.D. Sahay, to discuss cross-border terrorism.

From unsigned notes revealed in 2009, we also know that secret envoys working for Singh and Musharraf came close to a final-status deal on Kashmir.

Ever since 2008, though, it’s been evident that the peace process set in motion in 2003 has all but unravelled. Former Pakistan army chief Ashfaq Parvez Kayani sought a rapprochement with the jihadists his predecessor had alienated — and that meant rolling back the peace process. Kayani initiated the first renewed fighting on the LoC in 2008, and escalated steadily.

Modi has many coercive options: threatening full-blown war, as PM Atal Bihari Vajpayee did; engaging in limited skirmishes targeting the Pakistan army on the LoC, to punish it militarily; air-strikes against jihadi camps; even assassinating top jihadi leaders inside Pakistan, as Afghanistan and the US now do.

Each of these problems, though, comes with very substantial risks. Limited fighting on the LoC can easily escalate into war. Killing terrorist leaders could lead to retaliatory bombings, and thus more violence, rather than less. The record of air strikes, similarly, isn’t luminous; the US tried and failed to degrade al-Qaeda using these in 1998. It is also possible such action will engender instability, scaring investors and defeating India’s pursuit of its real strategic objective — as high as possible economic growth.

How to resolve this conundrum isn’t obvious — which is precisely why so many governments have struggled, unsuccessfully, with the same problem. Modi may well succeed where others didn’t, but it won’t be with showy, made-for-television fireworks on the Line of Control.

Firing on the LoC helps Pakistan pursue an escalatory strategy; quiet makes it harder. In 2003, the ceasefire went into place — and with it, India was able to complete fencing and enhance aggressive counter-infiltration measures.
First published on: 21-10-2014 at 00:39 IST
Next Story

A Hindu-Muslim couple walks into a bar…