It is difficult to decide where to draw the line but it must be drawn, as far as possible, in favour of free speech. The invocation of sedition (Section 124A of the Indian Penal Code) against Hardik Patel, and his colleagues leading the Patidar movement, by the Gujarat government is a sign of the increasing intolerance of any political movement venting out people’s grievances. The offence of sedition involves the question of the relationship between a government and the people. In the past, when the government was the absolute ruler and people were the subjects, any opposition, however peaceful, was considered a challenge to political authority and, as such, was punishable as sedition. But with the arrival of democratic governments, recognition of sedition became controversial. The difficult question is: Where to draw line between permissible speech and justifiable limits in the interest of safeguarding the political authority of a democratic state?

The Indian Penal Code, in chapter VI, titled “Of offences against the state” defines sedition in section 124A. It reads as: “Whoever by words, either spoken or written or by signs or visible representation, or otherwise, brings or attempts to bring into hatred or contempt or attempts to excite disaffection towards government established by law in India, shall be punished with imprisonment for life to which fee may be added, or with imprisonment which may extend to three years, to which fine may be added, or with fine.”

Before Independence, many, including Lokmanya Tilak, were punished under this section. Even after Independence, the Supreme Court used the section in several cases in spite of the warning.

An almost similar definition of sedition exists in the English common law. If strictly interpreted, it would cover almost all political speeches and oratory. But the common law definition has been liberalised in a number of ways by the judiciary. Mere speech, however inflammatory or inciting, is not sufficient; the speaker must intend to cause violence. The true test is, “was the language used calculated, or was it not, to promote public disorder or physical force or violence in a matter of state?” As a result of these dilutions, its use has become rare. So much so that the Law Commission has questioned whether there is any need for the offence. The English law was repealed in 2010. The US constitution and its judiciary, with its first amendment, regarding free speech and press, are suspicious of the offence and have adopted the strictest test for the offence. The modern test is what is known as “a clear and present danger” when the advocacy is likely to produce immediate violence or insurrection.

In India, the Constitution guarantees, in Article 19(1)(a), the right to freedom of speech and expression, which includes free press and all forms of communication. Only reasonable restrictions can be imposed by law on specified grounds, such as sovereignty and integrity of India, security of India, public order etc. The draft Constitution included sedition as a ground as well, but it was dropped eventually.

Soon in the case of Kedar Nath vs State of Bihar (1962) the question of the constitutional validity of section 124A of the IPC, on the ground of violation of Articles 19(1)(a), arose before the Supreme Court. The court held that if the section were literally interpreted, the section would be outside the permissible limits of Article 19(1). In order to save its constitutionality, the court adopted a narrow interpretation so as to uphold the freedom of speech. The court held that the section aims at rendering penal only such speeches as would be intended, or have a tendency, to create disorder or disturbance of public peace by resort to violence. It is only when the words, spoken or written, which have the pernicious tendency or the intention of creating public disorder or disturbance of law and order, that the law steps in. Even so, this test is wider than the test of “clear and present danger” adopted in the US and is capable of being misused so as to limit free speech.

Much depends upon the democratic spirit in the society. Freedom of speech and expression and freedom of communication has a preferred status in a democratic society and must be guarded zealously. Sedition is a serious crime against the state — threat to the stability and challenge to the authority of the state — not merely opposition, however strong or resistance to the policy of the government. The state, in this regard, cannot be confused with the government of the day. Governments are generally opposed to any dissent or opposition to their policy or programme and are tempted to invoke all measures, including sedition to suppress the opposition. The political movements generally involve inflammatory speeches. Unless these speeches, directly and immediately, are likely to lead to violence, they should not be branded seditious. It is true that it is difficult to decide where to draw the line. But is also true that the line has to be drawn, as far as possible, in favour of free speech. 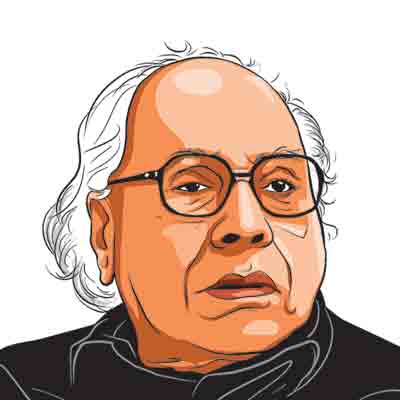