‘Sarpatta Parambarai’ and the cinematic exploration of Dalit subjectivities

It is time we shifted our focus from the artistic expressions of the oppressors. The setting is North Madras, specifically the harbour area and its hinterland of a few square kilometres. Residents of the area are mostly from the labouring classes, an uncommon mix of diverse castes and religions living together. The period is the mid-to-late Seventies, a time of great political upheaval in Tamil Nadu and the country. The context is a set of boxing clans (or parambarais) competing among themselves for glory in the sport.

Sarpatta Parambarai, director Pa Ranjith’s fifth feature film in Tamil, opened on July 25 to near-unanimous acclaim by critics and viewers alike. The film captivates the audience through its presentation of not only boxing, a sport of high energy and drama, but also the complex relationship of a community with its past and present, sustained through its engagement with boxing.

Boxing came to the Dalits of North Madras through their British masters. Just as Brahmins and the upper castes derived their education, privileges, and power in modern India through their association with the British, the Dalits of North Madras inherited boxing. In Sarpatta Parambarai, boxing is a source of pride for the community as well as a space that is autonomous from the social order. The film’s pulsing energy in every frame derives from this deep investment in the sport by boxers, coaches, sponsors, clan members, and most of all, the teeming crowd of spectators.

It is fascinating that the Dalits who learnt boxing from the British helped spread the sport among the diverse communities of North Madras, including fishermen, Anglo-Indians, and caste Hindus. Equally remarkable was the formation of boxing clans that transcended family and caste loyalties. The pursuit of glory for one’s clan, the pivot of the film, becomes a secular pursuit through a secular means — excellence in the boxing ring.

On the plane of human subjectivity, contention is a thread that runs through all the characters in the film, especially its two main protagonists. Rangan, a legendary boxer in his day who is now the head coach of the Sarpatta clan, is constantly in danger of being marginalised, slighted, betrayed, and humiliated. Yet, he keeps striving at every turn, his sense of dignity and exemplary code of honour intact.

Kabilan, a naturally gifted boxer who becomes Rangan’s protégé, persists with the sport only to restore the glory of the Sarpatta clan and his beloved mentor. He must literally fight to win the respect of the community every step of the way, until victory is snatched away from him through unfair means. After the inevitable collapse, Kabilan recovers himself through the coaching efforts of an old fisherman recommended to him by his mother.

The matrix of conflict within the film’s narrative is set up through grievances from the past, real or imagined, and apprehensions about the future. The director does not diminish or judge any of these conflicts, allowing them to play out in the most supreme of all arenas, the boxing ring. The genius of Sarpatta Parambarai is to showcase the many layers of Dalit subjectivity, from the intimate to the socio-political, through the symbol and metaphor of boxing.

Caste is never explicitly mentioned in the film, but the frequent references to beef indicate that Rangan and Kabilan are from a Dalit community. During an acrimonious exchange with Kabilan and his people, Thanigai talks of sending word to them when a cow dies in his house, an unmistakable casteist slur.

After Ranjith’s Attakathi (2012) and Madras (2014), two more films — Pariyerum Perumal (2018) and Karnan (2021), directed by Mari Selvaraj — explored Dalit subjectivities in new and important ways. Sarpatta Parambarai pushes the envelope in this genre while being an outstanding cinematic achievement in its own right.

As with most other realms of modern life, caste has been a barrier to the entry of depressed communities into the world of modern art forms. It was only in the early Eighties that Dalit subjectivity began to find a place in Tamil modernist literature with Poomani’s classic novels, Piraku (1979) and Vekkai (1984). In Tamil cinema, it happened with Ranjith’s first feature film, Attakathi (2012). It inaugurated a new genre of Tamil cinema of which Sarpatta Parambarai is the latest example.

Our public discourse on caste has focused on the exclusion of subaltern communities from the so-called classical art forms, monopolised hitherto by the upper castes. “Progressive” intellectuals have attempted, with varying degrees of success, to “democratise” these art forms by adapting them to subaltern expressions. However, these attempts run counter to the very nature of art, which functions best as “the primitive expression of the collective”. It is by this logic that communities evolve their own art forms and expressions, out of their socio-historical conditions and the subjectivities arising therefrom. Blues, jazz, reggae and hip-hop are some examples of such art forms in the western world.

Neelam Panpaattu Maiyam, a cultural institution founded by Ranjith, is engaged in the development and promotion of such artistic expressions by Dalit communities. It is time we shifted our focus from the subjectivities of guilty oppressors to the expressions of those who present a new and subversive vision of the world in the fullness of their humanity. Sarpatta Parambarai presents a most eloquent and magnificent argument for this shift.

This column first appeared in the print edition on August 7, 2021 under the title ‘An expressing of self’. N Kalyan Raman is a writer and translator. 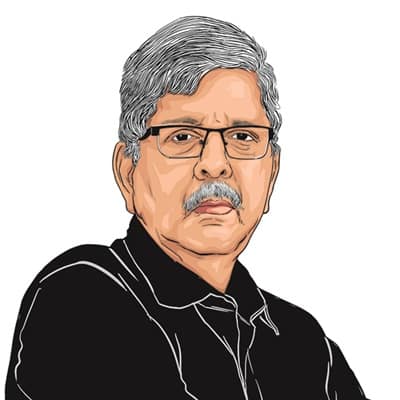