Sad day for the pompous

Freedom to mock and ridicule the powerful has thankfully been restored. 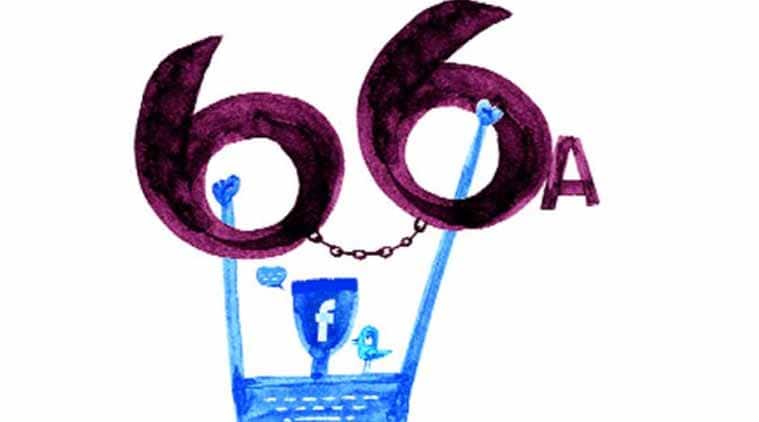 Till our police attain the requisite levels of professional competence, the grant of additional punitive powers that have wide scope for discretion must be resisted.

The arc of intolerance is long, but it bends towards liberty. That, in a nutshell, with due apologies to Martin Luther King Jr, is the message sent out by the Supreme Court in its landmark ruling on Section 66 A of the IT Act. It gives a nod to the slow but steady march of freedom and civil liberties in our society. It is ironic that a nation that won freedom through non-violent dissent and civil disobedience should be debating freedom of expression in the 68th year of its independence. This judgment is a slap on the face for all those who continue to see the state as the master of the destiny of Indian citizens and not as their servant or a provider and facilitator of essential services.

Take a look at the kind of cases in which Section 66A has been invoked: cartoonist Aseem Trivedi was booked by Mumbai Police for mocking corruption in high places. Two young girls from Palghar, Maharashtra, were booked for questioning the bandh in Mumbai after Bal Thackeray’s death. A professor of Jadavpur University was booked for forwarding a cartoon mocking Mamata Banerjee. A Class XI student in Bareilly was booked for posting an “objectionable” comment about Azam Khan. A CPM worker in Kerala was arrested for posting abusive comments about the prime minister. In none of these cases was anyone inciting others to commit violence or treason. Cases such as these couldn’t be further from what our lawmakers had in mind when they passed the IT Act.

Or perhaps, given the pattern of its use and abuse, this was the real intention behind Section 66A? The section is tailor-made for prickly politicians and prostrating policemen anxious to prove their loyalty to the powers that be. Even in today’s India, once elected, politicians prefer to behave neither like representatives nor like delegates of the people. They prefer to see themselves as rulers and masters, and must be treated as such, especially by pliant, supine law-enforcement agencies. Our politicians may disagree about most things but they are strangely united in their propensity to use the police to crack down on all those who dare to mock them or dissent. And there are plenty of sadistic, intolerant and unscrupulous elements in our police forces willing to oblige them.

It is astonishing that a nation which, over 24 years of economic liberalisation, has derived so much vigour and cultural self-confidence from the IT sector should have enacted such a draconian IT Act in the first place. It is a symbol of the deep disconnect between our lawmakers, law enforcement and criminal justice system on one hand and the most vibrant, aspirational and creative elements of our society on the other. People often talk of the rural-urban and the English-vernacular divides, but to my mind, the most significant faultline that will shape the destiny of India in the 21st century is the divide between the digitally connected India that values openness, tolerance and even irreverence and the India that values deference, conformity and restrictions in the name of national unity and tradition. Since the time of the Emergency, national security and social harmony have been repeatedly invoked to curb civil liberties. The police, of course, have been more than willing and enthusiastic to go along with this strident interpretation of nationalism and culture. Who in our Kafkaesque bureaucracy doesn’t want more power?

One hopes that the striking down of Section 66A is simply one step towards the recognition that the fundamental rights of our citizens are non-negotiable. No idea of the nation, no formulation of national security and cultural identity can override due process. That is the promise enshrined in our Constitution, a promise that has been redeemed in part by our Supreme Court with this judgment. There exist other provisions on our statute books that are equally inconsistent with the fundamental values of our Constitution and civilisation. The provisions dealing with sedition, obscenity and hurting religious sentiment are equally prone to subjective interpretation and abuse by law-enforcement agencies. Their continuation on our statute books is a declaration by our supposedly democratic state that citizens are still its subjects. To hope to be the state’s master is to hope in vain when citizens are a long way from being treated even as clients or consumers worthy of dignity and respect. The prevailing balance of power between the state and the citizen is unacceptable and not commensurate with our self-image as an important democracy. Bad laws do more damage to our social fabric and collective wellbeing than no laws.

Time and again, one sees calls from within the police fraternity for tougher laws to deal with all kinds of emerging challenges, such as terrorism, drug trafficking, cyber crime and, recently, rape. These demands are often backed by vociferous sections of civil society, often with the best intentions. However, the track record of the police on various special acts, such as the Terrorist and Disruptive Activities (Prevention) Act, Prevention of Terrorism Act, Narcotic Drugs and Psychotropic Substances Act, Dowry Prohibition Act and now the IT Act, doesn’t inspire confidence. There is no evidence to suggest that enacting these laws and arming our police forces with greater powers have made the slightest dent on the incidence of these crimes. The much-vaunted deterrence effect is most conspicuous by its absence.

My personal experience of the last two decades or so as a police officer suggests that the immense trust and confidence reposed in the law-enforcement machinery and criminal justice system by lawmakers and the public when such laws are enacted is rather misplaced. It is a clear case of putting the cart before the horse. Till our police attain the requisite levels of professional competence, functional autonomy and cultural sensitivity, the grant of additional punitive powers that have wide scope for discretion and subjective interpretation must be staunchly resisted. In the wake of a shocking incident, our politicians often come under pressure from a shrill media and indignant civil society to be seen to be doing something. Let that something not always be more draconian laws. We don’t need more laws. We need better and, as the prime minister himself has argued, “smart” law enforcement. The eloquent principle of “minimum government, maximum governance” espoused by him needs to be urgently applied to the arena of law enforcement too. This requires a sustained engagement in rebuilding our police institutions with greater imagination and investment — far removed from the desire for instant governance and shortcut criminal jurisprudence.

It is, of course, a sad day for the pompous, the powerful, the well-connected and the innumerable holy cows in our country. It may be a while before their liberty to subvert the public interest for private ends is seriously and significantly curtailed. But for now, the freedom of the Indian citizen to at least cry out in anguish as well as mock and ridicule them has thankfully been restored. I am a proud police officer, but a prouder citizen today.

The writer is a serving IPS officer. Views are personal.