The revolutionary idea of liberation from exploitation continues to inspire. 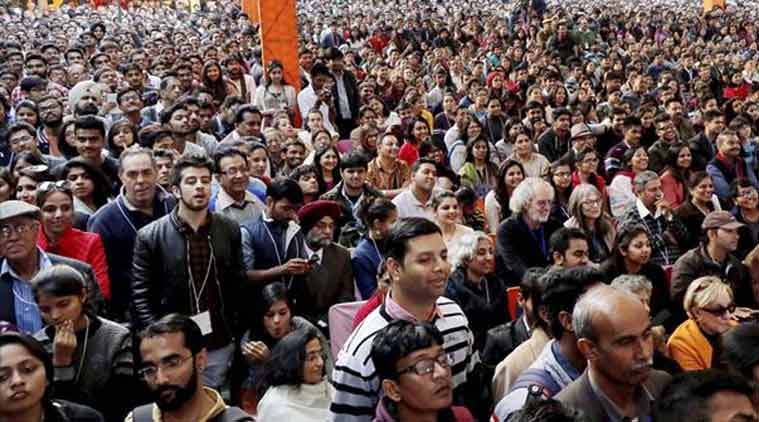 In India, the situation demands the unity of all the oppressed and exploited sections to strive for a secular democracy, social justice and socialism.

November 7, 2017 marks the anniversary and completion of the observation of the centenary of the great October socialist revolution that took place in Russia in 1917. As Marx and Engels predicted in the Communist Manifesto, the ruling classes trembled at the outbreak of the revolution. The proletariat and the peasantry captured political power for the first time in human history with a revolutionary historic optimism: They had “nothing to lose but their chains. They have a world to win”.

The history of the 20th century cannot be written without a central role for the October Revolution. It is also the extraordinary story of a country by the name of Russia rising from being a poor agrarian country to become a military-industrial powerhouse in a very short period. Thus, it can be the history of the Russian people and their heroism, sacrifices and suffering of a magnitude unknown in history. There are also scholars who wish to study the October Revolution in its centenary year as the history of a great defeat. However, facts do not favour them.

The idea of the October Revolution was so powerful that it instantly caught hold of the imagination of the most oppressed people of all lands. The idea of the Revolution is one of the liberation of humanity from all kinds of exploitation and enslavement. It negates the capitalist system and constructs a new social order of socialism, which ends the exploitation of one human being by another, ensures harmonious relationship between nature and humans and empowers every one in every sphere of life.

The October Revolution changed the historical and ideological map of the world. It not only changed the fate of the Tsarist empire but also the world at large. The impact of the Revolution on national liberation movements across the world, including in India, was huge.

The historical implications of the October Revolution to Indian conditions remain the same even today. Its influence stretched beyond the communists and Marxists in India. Great political leaders including Gandhi, Nehru, Netaji Subhas Bose, Tilak, Ambedkar, Lajpat Rai, Acharya Narendra Dev, Periyar, Bhagat Singh and great poets like Subramania Bharati, Tagore and other innumerable personalities appreciated the ideas of the Russian Revolution.

Lenin, leader of the October Revolution, advised the communists of Asian countries that every country should make its own contribution to the theory of revolution on the basis of the experience and needs of that particular country. He did not ask the communists to imitate the experiences of the Russian communists even when they were the most revolutionary. On the other hand, he proposed to learn the specific reality of each and every country and apply Marxism appropriately to local conditions. “Concrete analysis of concrete conditions” is Lenin’s definition for dialectics.

The Asian reality was and still is much complicated. It has historically accumulated socio-cultural patterns, as Marx once mentioned, one kind of social relations superimposed on another. Marx referred to this complex reality as the Asiatic Mode of Production. Lenin asked the eastern Marxists to analyse afresh the given conditions and work out their strategy. Questions regarding the caste system and caste-based discrimination as well as gender discrimination are critical to understanding the Indian reality.

Lenin’s idea of imperialism also immensely contributed to the original studies of eastern societies. The role of capitalism is complicated in eastern conditions. The advice that eastern countries must repeat the western path of capitalist development has proved destructive in eastern conditions. Capitalism in the east under globalisation has destroyed biodiversity, natural resources, the aboriginal people, peasantry and many eco-sensitive production systems. The Indian people are already confronting the crude implications of capitalist type of development. Pollution of air, water and soil, pauperisation of peasants leading to suicides, excessive use of chemical fertilisers leading to the pollution of foodgrains, milk and vegetables, the widespread expansion of killer diseases, road and construction site accidents India is witnessing is a fallout of the country pursuing the capitalist way of development.

Neoliberalism is the current stage of capitalist-imperialist development. It has created unprecedented inequality in the society. Social contradictions and conflicts have intensified. The ruling classes, in order to protect their political power, are adopting more and more right-wing and fascist positions, undermining democracy and democratic institutions including Parliament.

The October Revolution teaches us to have a better understanding of capitalism in eastern countries. In India, the situation demands the unity of all the oppressed and exploited sections to strive for a secular democracy, social justice and socialism. It is imperative that the communists apply Marxism as a science and ideology to Indian conditions and intensify class struggle while taking into account the non-class contradictions of our society. Humanity needs many more Octobers.

Why are doctors in Karnataka up in arms against the state government?