Who is responsible for the communal divide in India?

Balbir Punj writes: British furthered Hindu-Muslim divide, but role of Islamic invaders must not be glossed over. 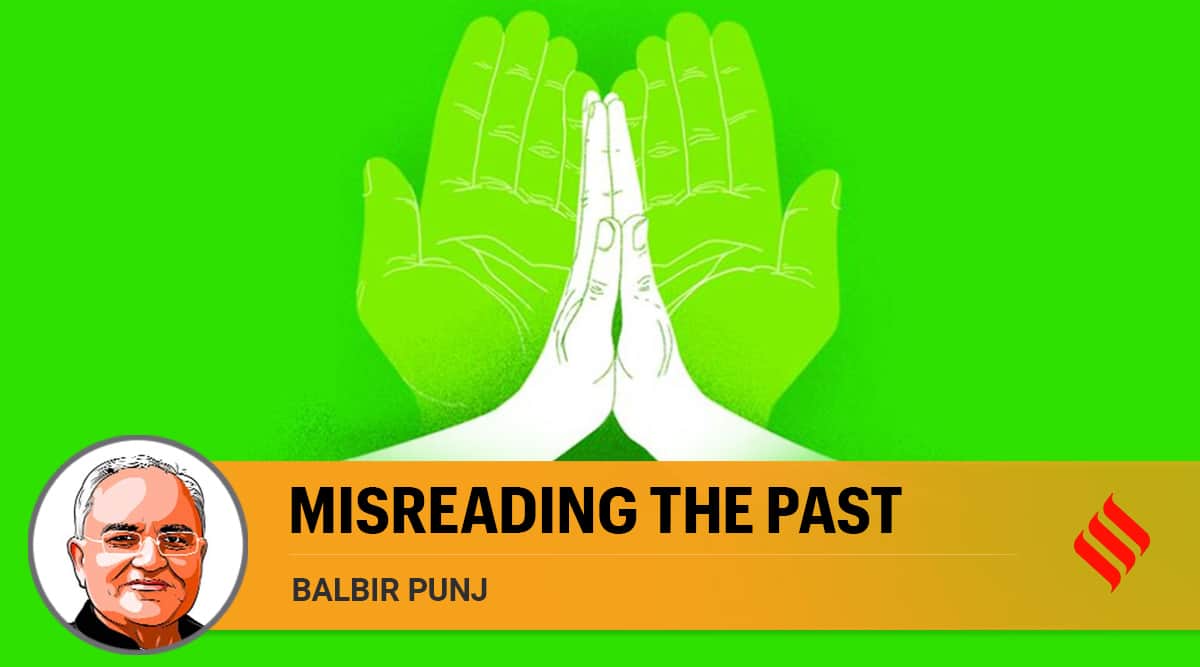 Memoirs of numerous Muslim marauders give us graphic details of atrocities committed by them.

Faizan Mustafa’s article, “Why Mohan Bhagwat is right about the Raj”, (IE, September 25) is a mix of half truths, convoluted logic and twisted facts. The RSS chief was right when he blamed the British for the Hindu-Muslim divide. But does that absolve successive Islamic invaders of their crimes against the indigenous population?

How do we know what Muslim rulers did to Hindus during the 800 years of their reign? Memoirs of numerous Muslim marauders give us graphic details of atrocities committed by them. There are painful accounts of demolition and looting of temples, heart rending narrations of thousands of innocents being put to the sword for refusing to forsake the faith of their forefathers and embrace Islam.

Why did Islamic invaders demolish Hindu temples? According to the historian Abraham Eraly, “Mahmud Ghazni had, during the solemn ceremony of receiving the Caliphate honours on his accession to the throne of Ghazni, taken a vow to wage jihad, holy war, every year against the idolaters of India.”

In January 1025, Mahmud attacked Somnath and raised his mace to smash the idol. Eraly quotes an eyewitness account: “At that point some of his officers tried to dissuade him, saying that the temple priests were offering a fabulous ransom to save the idol. Mahmud scornfully rejected their plea, saying, ‘I desire that on the day of resurrection I should be summoned with the words, ‘Where is that Mahmud who broke the greatest of the heathen idols?’ rather than by these: ‘Where is that Mahmud who sold the greatest of the heathen idols?’”

Mustafa mentions Firoz Tuglaq’s contribution in building a Sun temple at Gaya. Unfortunately, this doesn’t tell the whole truth. During his 37-year rein, Tuglaq imposed jizya, persecuted a number of sects considered heretical by the Muslim theologists, desecrated the Jagannath temple at Puri (1360) and during his expedition to Nagarkot destroyed Jwalamukhi temple of Kangra.

The British sucked India bone-dry by manipulating trade policies and wringing farmers beyond redemption. They systematically destroyed Indian agriculture and industry, progressively leaving the Indians impoverished and destitute. However, the British were in shock. For once, Indians passed over their differences of caste, creed and faith and rose as one against East India Company rule. The trauma of the 1857 uprising forced the British to think of new devices to perpetuate their empire. They carefully zeroed in on the fault lines within Indian society. The easiest to manipulate were Hindu-Muslim relations marked by bloodshed spanning over a thousand years.

Sir Syed Ahmed Khan was picked by the British for the job of weaning Hindus and Muslims from each other. The pre-1857 unity between the two communities was fresh and fragile, too weak to stand against wily British machinations. During the 1857 uprising, Sir Syed remained loyal to the colonial masters and won their trust. He set up a string of Muslim educational institutions, including Aligarh Muslim University (AMU), which eventually emerged as a fountain head of Muslim separatism. Sir Syed was the father of the “two-nation” theory although he died almost half a century before the birth of Pakistan; he spoke about “our Mohammedan nation” and “Hindu nation”. Speaking at Meerut in 1888, he laid down the road map and ideological framework for the eventual creation of Pakistan. He said: “Suppose the whole English army were to leave, then who would be rulers of India? Is it possible that under these circumstances two nations — the Mohammedans and the Hindus — could sit on the same throne and remain equal in power? Most certainly not. It is necessary that one of them should conquer the other and thrust it down. To hope that both could remain equal is to desire the impossible and the inconceivable.”

Mustafa has faithfully recalled the mischievous role of the British in widening the Hindu-Muslim divide. However, why did Muslims of the Subcontinent listen to Sir Syed and not to Gandhiji?

Mustafa’s recall of Hindus and Muslims working and fighting for each other is a specious argument and doesn’t change the basic character of the relationship between the two communities. Stretch this convoluted argument further and then the British too were no invaders! Didn’t they also employ Indians in millions? Didn’t Indians fight for the British in the two World Wars?

There is one major difference between Islamic invaders and the British. While the British colonised our brains and looted and scooted, the Islamic invaders destroyed indigenous heritage, robbed the locals of their wealth and self-respect and stayed back as heartless masters. They have left behind a divisive mindset and a legacy represented by three Islamic nations, Pakistan, Bangladesh and Afghanistan.

No one can blame the present day Muslims in India for the atrocities committed by foreigners in the name of Islam in the past. But should one falsify history and distort facts to either cover up or justify the crimes of Islamic invaders?

This column first appeared in the print edition on October 1, 2021 under the title ‘Misreading the past’. The writer is a columnist and a member of the BJP. Views are personal. 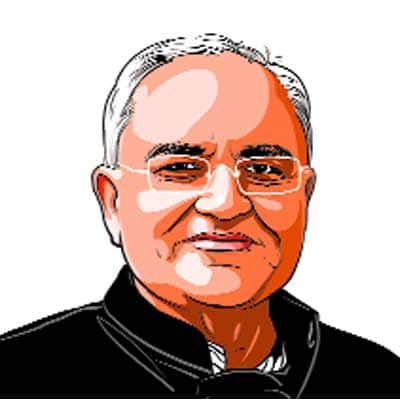