Amit Mitra writes: The RSS’s self interest in buying peace with Modi was to create a permanent umbrella of political protection for its shakhas to expand across the country and for its front organisations to flourish. What has gone wrong for the top two functionaries to be openly critical of Modi's economic model and his single-handed control of the government? Politically explosive and scathing criticism of the Narendra Modi government’s economic performance has come from the RSS general secretary, Dattatreya Hosabale, who is possibly the heir apparent to the top position of sarsanghchalak of the RSS. Why this sudden outburst from a senior leader of the Sangh Parivar and why now, when the national election of 2024 is lurking around the corner?

Hosabale picked out major failures of the Union government, which deeply affected millions of common voters. He said that the demon of poverty is yet to be slayed with 200 million people below the poverty line, 40 million unemployed, and burgeoning inequality of income and wealth. He also said “a large part of the country still does not have access to clean water and nutrition” and blamed “inefficiency of government in places” for such poverty.

Also in Express Opinion |Rakesh Sinha writes: The RSS’s Hindu Rashtra is no threat to minorities

The conflict between the BJP and the RSS has a long history with Vajpayee’s conflict with K S Sudarshan reaching a breaking point, when the RSS chief asked for Vajpayee and Advani to step down, in favour of younger leaders.

However, after Modi’s 2014 victory, the hatchet appeared to be buried and a permanent machinery for seamless communication and dispute settlement between the RSS and the BJP seemed to have been put in place. The RSS’s self interest in buying peace was to create a permanent umbrella of political protection for its shakhas to expand across the country and for its front organisations like Bharatiya Mazdoor Sangh (BMS), Bharatiya Kisan Sangh (BKS) and Akhil Bharatiya Vidyarthi Parishad (ABVP) to flourish. Similarly, the BJP’s self interest was to get the dedicated footsoldiers of the RSS (pracharaks and vistaraks) to work for the party at the grass roots.

So cosy was this new synergy that Hosabale propounded a new thesis: “We [the RSS] want the BJP to win all the state elections because only then will significant social, political and cultural changes take place in this country… the 2014 election victory should be seen as the starting point of a long term mission.”

Don't Miss from Express Opinion |Muslim intellectuals’ outreach to RSS: Why it is misguided

This idea of an Opposition-mukt “single-party democracy” met its Waterloo with Mamata Banerjee’s stunning victory in 2021 despite the BJP’s money, muscle, “agency” power and the posting of hundreds of pracharaks, across Bengal, led by RSS veterans.

Modi has since delivered on the RSS’s two fundamental demands: Ram Janmabhoomi temple (giving zero credit to Advani’s rath yatra and Subramanian Swamy’s long court battles). He also delivered on the RSS’s long-standing demand of abrogation of Article 370 on Kashmir. He relentlessly pursues the Sangh Parivar’s majoritarian beliefs, and maintains a stony silence on calls for genocide, lynchings and other divisive acts.

Why, then, this sudden outburst by Hosabale?

Equally serious is Sarsanghchalak Mohan Bhagwat’s loaded comment on August 8, 2022, that “…a single leader is not supposed to tackle all the challenges before this country …however big that leader may be”.

What has gone wrong within the Sangh Parivar for the top two functionaries to be openly critical of Modi’s economic model and his single-handed control of the government?

The RSS must be receiving disquieting information from its units about unemployment and rampant poverty that is creating deep disaffection among the masses of voters.

Furthermore, the RSS’s largest front organisation, the BMS, is also agitating against the Modi government’s labour “reform” laws and against the privatisation of resource-rich and profit-making PSUs. Similarly, the BKS is uncomfortable with Modi’s agricultural “reforms” agenda. It is now agitating against the government of Gujarat on the power tariff policy that is adversely affecting farmers and had called a bandh in Gandhinagar last month, with elections in the state looming large.

All of this alienation at the grass roots and the anger among its front organisations is breeding fear in the RSS that 2024 won’t be a cakewalk for the BJP and the RSS’s protective umbrella could be at risk.

Another theory is that these outbursts are pressure tactics by the RSS to include more of their nominees in the government and powerful positions in the party. Let readers of this column draw their own conclusions.

The writer, a former finance minister of West Bengal, is Principal Chief Advisor to the Chief Minister, West Bengal 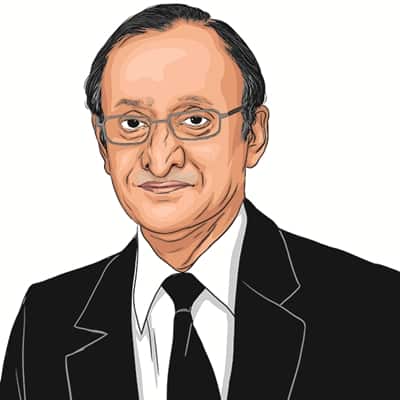