The escalation of the National Institute of Technology, Srinagar, incident has shown us up as a truly petty people. 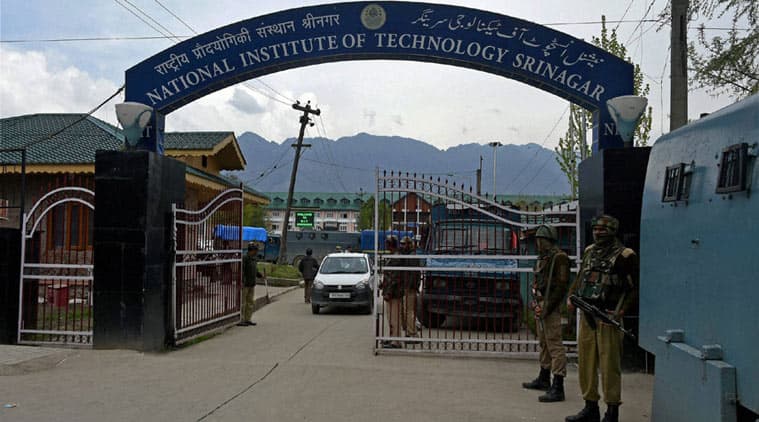 Police and CRPF deployed at National Institute of Technology (NIT) following tension between local and non-local students in Srinagar on Friday. (Source: PTI)

“Kashmir to Kanyakumari”. Perhaps it’s time to retire that old phrase, and replace it with a new one. How about “Kutch to Kibithu”, India’s easternmost point, situated in a state which Beijing claims entirely as its own. Let the new phrase become a part of our everyday language, a constant reassertion of India’s ownership of Arunachal Pradesh in the face of Chinese map-terrorism.

In truth, “Kashmir to Kanyakumari” rings very hollow these days. The beloved cliche was always more than just a geographic descriptor that called to mind the length of India, the physical bounds of Bharat. It also invoked a oneness, the belief that the people between the northernmost K and the southernmost were united in purpose and sentiment.

Recent events at the National Institute of Technology (NIT) in Srinagar confirm that this vaunted unity has broken down, perhaps irrevocably. A mature nation would find a graceful way to live with this truth, and to reckon with its consequences; but India is neither mature nor graceful.

An incident involving students and a cricket match has assumed toxic proportions: Some Kashmiri students at the NIT celebrated the victory of the West Indies over India in last week’s World Cup T20 semi-final. We can assume that their reasons for doing so were not purely cricketing, even allowing for the undeniable attraction of the Caribbean brand of play. For some decades, sections of Kashmiri society have used cricket matches — especially India versus Pakistan games — as an opportunity to express anti-India sentiment. Call their inclination “ABI”: Anybody But India. In this case, India lost to the West Indies, so they cheered the West Indies.

The matter should have ended there. Some young Kashmiris shout for the opposition in every match India plays, and, frankly, it is their right to do so. No democracy can make it compulsory for citizens to support the national team. When Norman Tebbit, a minister in Maggie Thatcher’s cabinet in the 1980s, proposed a sporting patriotism test — calling on British citizens of Indian origin, among others, to cheer for the England cricket team — he was treated to howls of derision, the loudest coming from the English themselves.

While no Indian politician has, so far, explicitly proposed a “Bharat Mata test” for cricket matches, there is no denying that just such a test is being imposed on Indian life by netas from the ruling BJP. Hysterical demands by politicians that citizens make avowals of patriotism — and that these avowals be uttered in a precisely mandated phrase, “Bharat Mata ki jai” — have introduced a new and brainless tyranny into Indian political discourse.

It was no surprise, given the fevered national atmosphere, that non-Kashmiri students at the NIT marched through their campus the day after India’s loss, braying their patriotic slogans and attempting to hoist the national flag on a university building. Mayhem ensued — how could it not, since causing a stir was the very purpose of the demonstration — and classes were cancelled. Getting an education was not, of course, uppermost in the students’ minds.

The matter has now escalated into a national-level tussle between the governments in Srinagar and Delhi, with the Kashmir police accused by nationalist politicians of treating non-Kashmiri students harshly. These are the same politicians who have rejoiced in the crackdowns on student life and thought at JNU and Hyderabad, but it is a waste of my time — and yours — to point out the inconsistency. The mind of the Indian politician is, as a rule, an irony-free zone. And that’s true from Kutch to Kibithu. 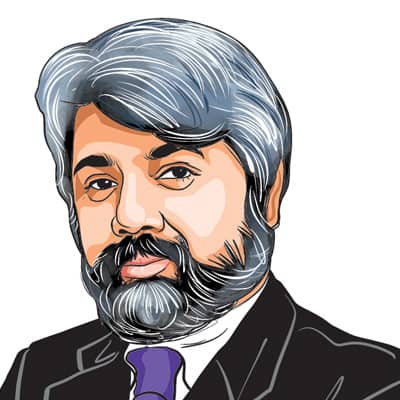