Reverse Swing: Dear Salman, we are not all the same

The makers of Bajrangi Bhaijaan and its main star, Salman Khan, clearly intend to deliver a message to audiences in India (and to Indians worldwide). The message is, “We Are All the Same”. 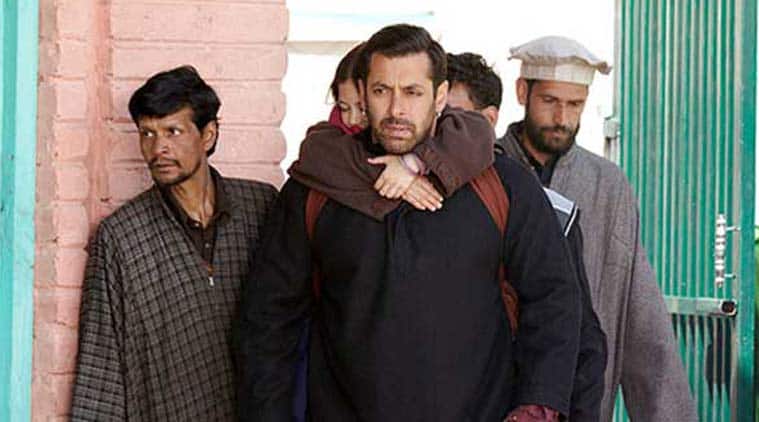 There was so much that was emetic about Bajrangi Bhaijaan, both major and minor.

There is a “multiplex” cinema near Times Square in Manhattan that is a Mecca for Indian filmgoers, and my son and I went there last week — as we do from time to time when there’s a new release from Bollywood — to see Bajrangi Bhaijaan. I can’t remember when I last saw a Hindi film that was so preposterous — and so dangerous in its message.

I grant that the film was comedic melodrama and, as such, is probably best dismissed as a couple of hours of sheer silliness and sentimentality.

But the makers of Bajrangi Bhaijaan and its main star, Salman Khan, clearly intend to deliver a message to audiences in India (and to Indians worldwide). The message is, “We Are All the Same”. And that message is toxic nonsense.

The “we” in question are Indians and Pakistanis: one people, the film would have us believe, but for the machinations of politicians. I find these repeated assertions of Indo-Pak oneness, of cross-border concord, grating in the extreme. They are propagandistic distortions of a truth that liberal Indians had better square up to before it’s too late: We Are All Not the Same.

The fact that we were one country from 1858 to 1947 doesn’t mean that we have anything more in common today than a few shared languages and a lust for spicy food and cricket. Pakistanis don’t believe that they and the Indians are “one people”. Have you seen their history textbooks? Much of their national energy, since 1947, has been spent in erasing all traces of Indianness from its cultural and historical consciousness. India isn’t blameless: our treatment of history is its own, ripe scandal. But Indians don’t need to deny that they are someone else in order to consummate their Indianness. Pakistanis, in order to be properly Pakistani, have to be the “not-Indians”.

The longing for a reunification is a Bollywood specialty. This may well be because the Hindi film industry has so many people with roots in pre-Partition West Punjab and Peshawar. There is an atavistic pull towards the people and places they left behind. Beyond Bollywood, the belief in an indivisible Indo-Pak essence resides in the hearts of Indian Punjabis (many of whom have forgotten the horrors of the parting of ways in 1947) and Indian secular liberals, who have manufactured their own one-people myth as an extension of their (perfectly civilised) desire to safeguard the rights of India’s own Muslims. (The political gymnastics is as follows: the Hindu Right derides India’s Muslims as “Pakistanis”, so the Indian Left counters that with prophylactic assertions that Pakistanis and Indians are the same.)

There was so much that was emetic about Bajrangi Bhaijaan, both major and minor. India’s (and Bollywood’s) obsession with light skin is one. When Salman brings the mute girl back to his Brahmin abode, the consensus is that she, too, must be Brahmin because she is so “gori”. When she eats meat, the conclusion is that she must be kshatriya. This is Casteism 101, the idiocy of which is matched only by the other inane stereotype: that Muslims are meat-eaters, Hindus mostly vegetarian.

In Pakistan, an Indian who’d sneaked in under the border fence and encountered a Rangers patrol would have been shot dead, or arrested on the spot, never to be seen again. Instead, Salman is sent on his merry way by a good-hearted officer. The maulvi of a madrasa in the Punjabi heartland would have turned Salman over to the cops in a heartbeat, not enabled his escape from them. But nothing was quite as fantastical as the mute Shahida finding her voice at the end, screaming “Jai Shri Ram” on the Indo-Pak border with thousands of Pakistanis around her. In real life, she’d be lynched.

So our parable, Salman’s parable, is deeply flawed. There is little solace to be had from the fact that he means well. In truth, the longer we perpetuate Bajrangi Bhaijaan’s myth of oneness, the more complacent we get — and the more vulnerable to Pakistan. Vive la difference.