One would have hoped that moving from the commanding heights of the economy to market-led economic reforms would reduce the number of rules and regulations passed by various authorities. Yet,not only have these exponentially grown,but they have become increasingly outdated. In fact,thus cluttering of statute books that impinges on the governments ability to all-round economic development,became the catalyst to kickstart the process of regulatory reforms.

The genesis of the regulatory reforms can be located within the demand for an effective and responsive government. Confronted with major impeding factors like tedious formalities,archaic administrative structures,a multiplicity of laws and time-consuming mandatory clearances,the government sought to fast-track the reform process. In fact,the major impetus came for the need to overhaul the public service delivery system,stuck in a maze of outdated rules,regulations and procedures.

This problem was further compounded by the federal character of policymaking,wherein both the Centre and the states had generated a plethora of laws and norms,with more than 2,500 Central statutes and 25,000 state laws at the very least. In addition,individual ministries and departments had issued an enormous number of executive instructions and orders as subordinate legislations under different Central and state acts. For example,under the Essential Commodities Act alone,more than 150 orders have been issued by as many as 13 ministries/departments.

To add to this legal complexity is the coexistence of dead,colonial era laws with living law; there are no sunset provisions to expurgate anachronistic and dysfunctional laws or of reviewing statute books dating back to pre-independence days. These include more than 700 Appropriation Acts passed by Parliament,17 wartime permanent ordinances and so on.

In order to transform this confusing state of affairs,the government undertook its first systematic exercise at regulatory reform by setting up a commission on the review of administrative laws in 1998,as well as the 15th Law Commission. The expert groups had the onerous responsibility of weeding away and repealing obsolete laws; identifying those laws which are in harmony with economic liberalisation; classifying those laws which need to be amended or changed to ensure their compliance with international standards; and revising jarring and discordant rules,regulations,orders and notifications so as to make them objective,transparent and predictable.

Towards this end,certain time-bound measures were suggested,including having an up-to-date compilation of information about all the rules,regulations,procedures and circulars issued and administered; th unification and harmonisation of statutes and regulations at the level of Centre-state interface,to meet the objectives of specific sectors and stakeholders; the repeal of over 1300 laws of different categories out of about 2500 laws in force on the ground; and expeditious amendment or replacement of around 109 pieces of legislation.

A high-powered standing committee was constituted to follow up. Till date,out of the 1382 Central laws of different categories recommended for repeal by the commission,396 acts,including five wartime permanent ordinances have so far been repealed and about 818 acts have been decided to be retained by the respective ministries/departments. With regard to amendments,37 acts have already been amended,and 20 amendment bills introduced in Parliament.

What is clear is that the initial conceptions of regulatory reform were seen as a process of simply eliminating some rules and laws,and revising others. But these need to later evolve towards a deeper understanding of the complex procedural,institutional and structural reforms that are required to sustain economic performance and government effectiveness. This would entail a broad,overarching regulatory framework in which the three mutually-reinforcing pillars of whole-of-government policies,institutions and tools are aligned towards producing high-quality regulations.

Critical to this arrangement is the role of specialised institutions geared towards regulatory performance and quality. Oversight bodies that can provide strategic direction to the regulatory regime have been an established practice across many OECD countries,such as the UKs Better Regulation Commission or Australias Office of Best Practice Regulation. In all such cases,independent functioning is dependent on solid political support. Such bodies have been empowered to question and veto existing regulations as well as to assess the quality of regulatory proposals based on the results they produce.

In India,a similar centralised body,located in and accountable to the PMO,must be created and given the power to independently coordinate,review and approve all regulatory policies,providing technical support for those applying regulatory tools,and acting as an advocate of quality regulation and good regulatory governance in the country.

To conclude,regulatory reform is not primarily a technical problem of getting regulations right. It goes beyond transforming administrative practices or creating a legal framework to support regulatory governance. It requires a comprehensive regulatory management system,including integrated processes and oversight institutions through which regulations are developed,enforced and adjudicated  one that supports governance objectives in an efficient,transparent and accountable manner.

The writer,a former chairman of TRAI,is director,Public Interest Foundation. This article was written with the assistance of Nidhi Sen,a research associate at the foundation 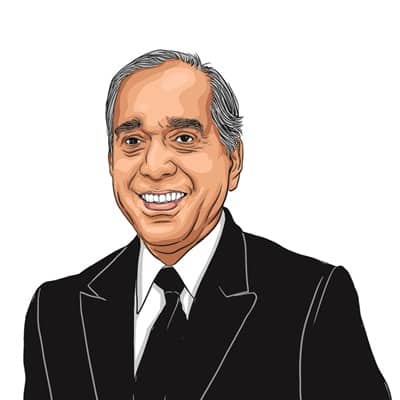 Nripendra MisraThe writer is chairman of the temple construction committee of the Shr... read more